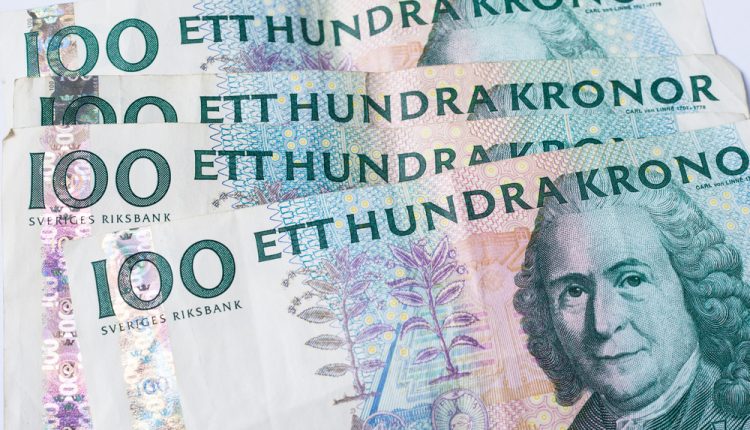 The Swedish krona was seen trading mixed as the currency gave up the gains logged since mid-December. USDSEK was in a prolonged decline from a 16-year high that was posted late last year near 9.4100.

The central bank policy makers also extended the mandate of the Riksbank governor and deputy governor to make decisions on currency intervention, which was seen by market participants as a scare tactic to keep the krona from appreciating too much. It is possible that as with most central bank threats, it will only be a matter of time before speculators will put the threat to test, however, a sharp strengthening in the krona will, of course, spur the central bank into action.

The Riksbank, in its monetary policy meeting, had only marginally revised its forecasts. Considering that policy decisions tend to mirror that of the ECB’s, the Riksbank is seen to remain on the sidelines in the months ahead, following in the footsteps of the European central bank.

The ECB for its part is expected to refrain from making further policy changes at least until the April/May French presidential elections are done with. Later in the year, the all important German general elections will be another reason for the ECB not to meddle with QE too much.

Meanwhile, drivers for the USDSEK will likely come from the March FOMC meeting, where the prospects for a rate hike is being taken seriously. But this is likely to change (increase or decrease) depending on the coming week’s payrolls report for February as well as PCE figures which the Fed tends to follow more closely than the consumer price index data.

While the Fed Chair, Janet Yellen has reiterated the central bank’s commitment to pursuing at least three rate hikes this year and also highlighting the risks of falling behind the curve, the markets are still looking at only two rate hikes from the Fed. This could potentially keep the U.S. dollar in check which has also come under pressure at times from the uncertain policies being followed by U.S. President Trump.

The U.S. dollar was seen trading weaker despite yesterday’s FOMC meeting minutes showing that Fed members were confident that interest rates would rise “fairly soon.” The minutes pushed the March rate hike probability to 27% after the release of the minutes. The minutes remain consistent with Ms. Yellen’s comments to the Congress a week ago.

The U.S. dollar has been range-bound against the Swedish krona with the range established at a 9.00SEK resistance level and 8.70SEK support level ever since the U.S. dollar broke down below the 9.00 handle in early January this year.

The recent rally back to 9.00 handle could see resistance being established here as the familiar support level is being tested from below. A successful test of resistance, validated by a bearish reversal candlestick at this level could signal the sideways range being maintained, but the bearish bias could overtake as another test of the support level 8.7000 – 8.6500 will be tested.

What To Expect From FOMC Meeting Minutes Tonight