How to use the Stochastics Oscillator 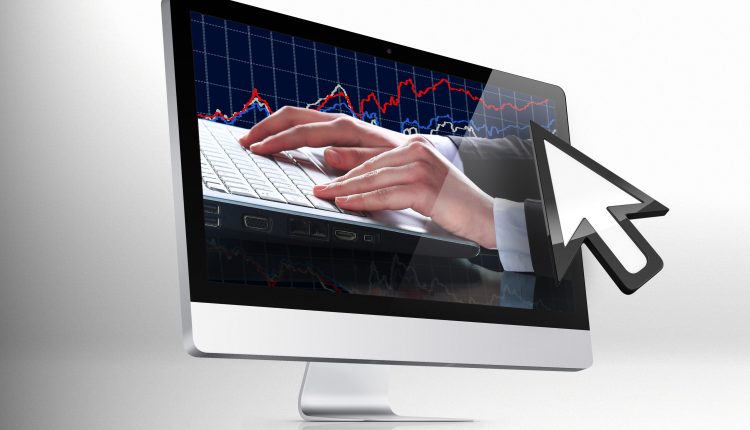 Stochastics oscillator is one of the standard and default indicators that are widely available with most trading and charting platforms, including MT4. It is one of the most popular oscillators for measuring momentum of the closing prices for a security. Developed by George Lane, the Stochastics oscillator measures the relationship between the previous closing price and the price range for the specified period of time.

The Stochastics oscillator comes with a default setting of 5, 3, 3 or 14, 3, 3 and oscillates between the preset values of 70 and 30, all of which of course can be changed to adjust the oscillator’s sensitivity. Besides being used to identify overbought and oversold levels, the Stochastics oscillator works best as a timing indicator, helpful in entering and exiting a trade.

How is the Stochastics oscillator plotted?

The Stochastics oscillator comprises of two lines, %K and %D.

%K compares the current or most recent closing price to the range, while %D, also referred to as the signal line is a smoothed average of %K, as shown in the chart (Figure 1) below. The %K is the faster line with %D lagging behind. %D is also the smoother of the two lines in the Stochastics oscillator.

We also notice the vertical lines shown which correspond to the price action and the Stochastics crossing over from overbought and oversold levels.

For a default setting of 5, 3, 3 the Stochastics components are calculated as follows:

In some custom Stochastics indicators, traders can also choose type of moving average for %D as well as choose between using the Closing prices of the high/low prices. The default Stochastics oscillator with MT4 is based upon double smoothing full Stochastics settings, usually 14, 3, 3 or 5, 3, 3 or 21, 5, 5 depending on the time frames that they are used for.

Why should you use a Stochastics Oscillator?

There are many ways the Stochastics oscillator can be traded. Some of the most common methods include:

Divergence trading is when; the oscillator fails to make a high when price makes a new high or vice versa with lows. When this discrepancy arises, it is indicative of prices correcting thus presenting a trading opportunity.

Tops and Bottoms are nothing but buying and selling when the oscillator reaches an extreme, usually above 80 or 90 and below 20 or 10. When the oscillator moves into the top and bottom extremes, it indicates an exhaustion of the momentum and therefore points to a short term correction in prices. This method of trading is best suited for when prices are ranging.

%K and %D crossovers involve selling when%D crosses below %K from above and buying when %D crosses above %K from below. This type of trading is not recommended unless it is being used for scalping a few pips in the market.

As seen from the above examples, the Stochastics oscillator can be used in a variety of ways to trade the markets. The simplicity of the oscillator makes it a great addition to a trend following indicator which can help traders to fine tune or time their entries better.