The Week Ahead – Falling inflation pops up risk assets 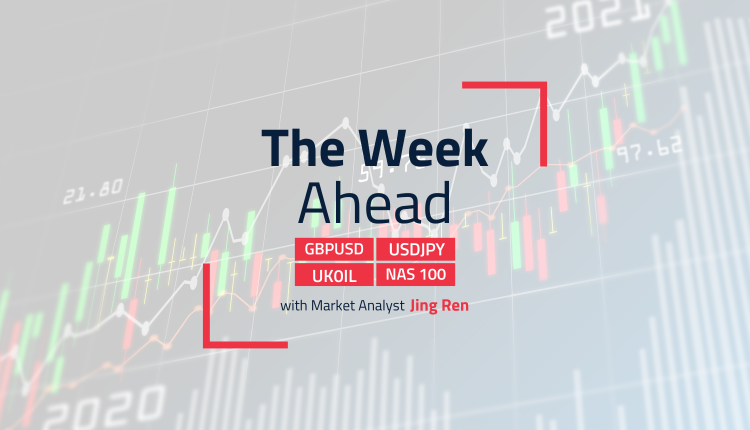 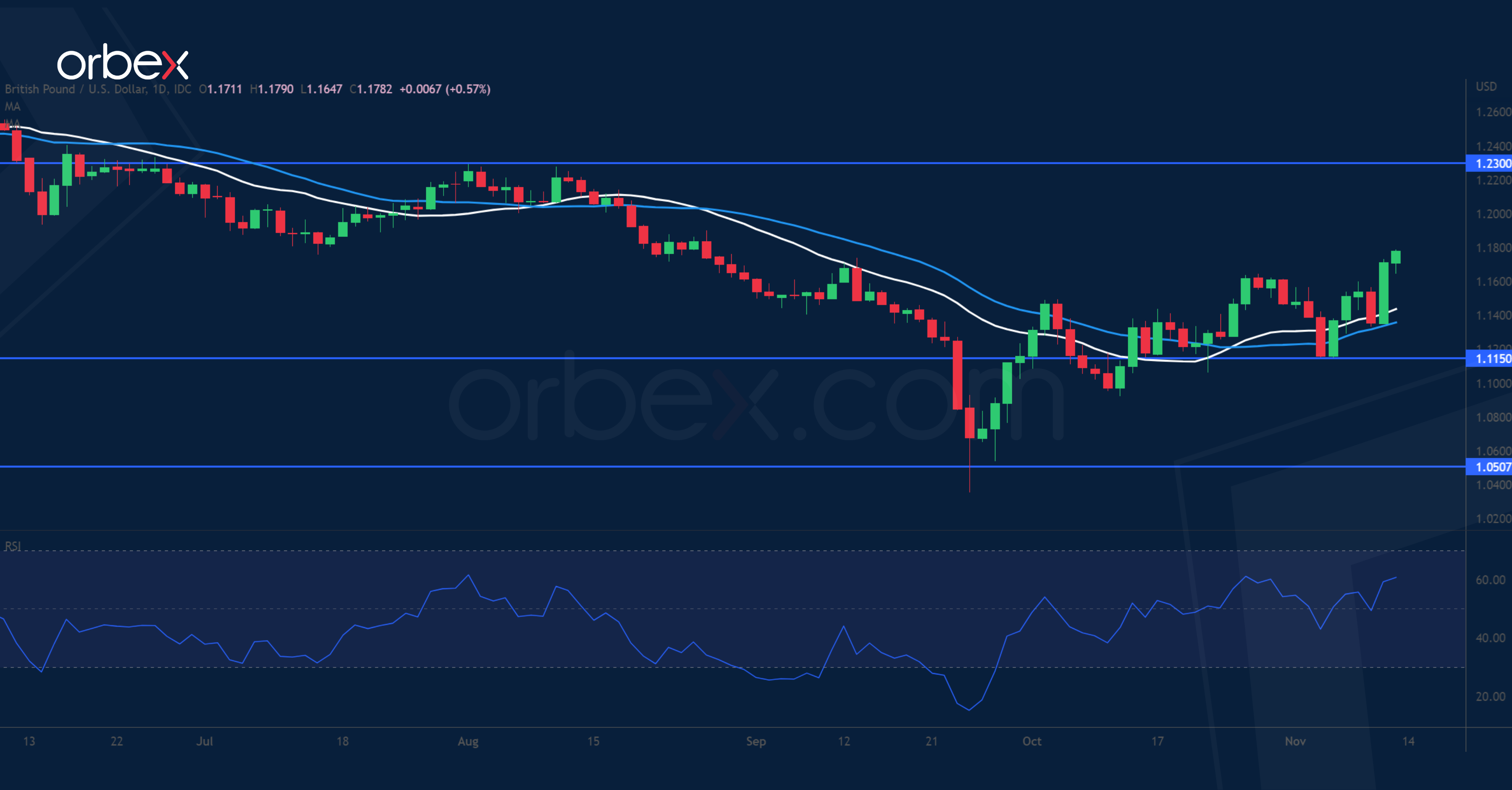 The pound edges higher as Britain may look to restore markets’ confidence with a new budget. Sterling has recouped losses from the September budget firesale. Traders are awaiting a new announcement while riding on the dollar’s softness. Heightened volatility could be expected this week as British finance minister Jeremy Hunt presents his plan to fill a £50 billion fiscal hole. After the market sanctioned Mr Kwarteng’s unfunded tax cuts, fiscal discipline with a mix of public spending cuts and tax rises would alleviate worries about Britain’s finances. 1.2300 is the next hurdle as the recovery goes on. 1.1150 is the closest support. 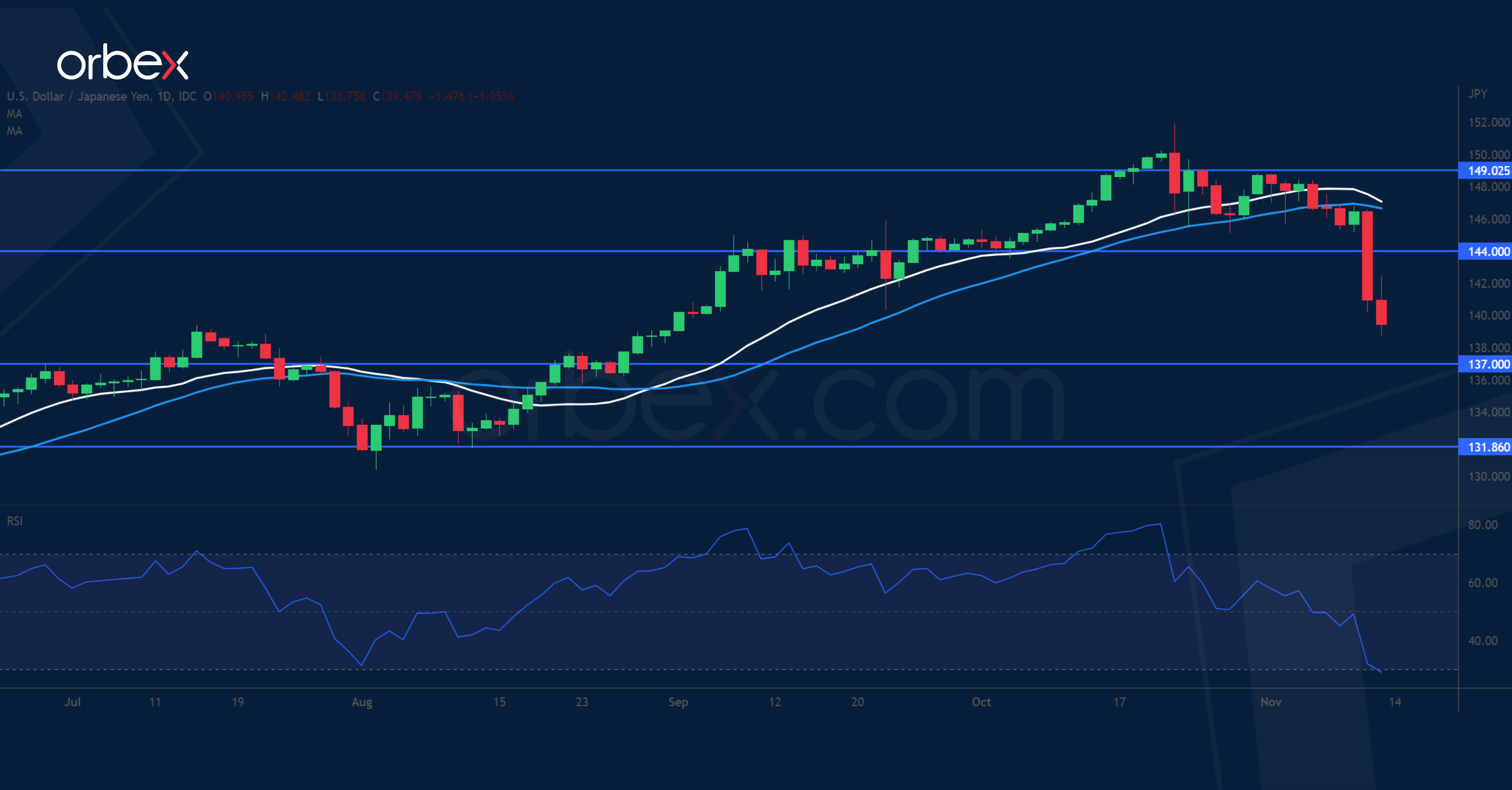 The Japanese yen soared over the prospect of a narrowing interest differential with the US counterpart. Following months of parabolic ride, a weaker US CPI finally gave traders an excuse to exit an overcrowded trade. The market has been watching Japan’s falling foreign reserves and pondering whether Tokyo would commit more of its war chest to prop up its currency. But now a greater fall than the one from Japanese authorities’ intervention indicates that prolonged weakness has released the reversal tension, making the yen the main beneficiary of the dollar’s retreat. 137.00 is the first support and 144.00 a fresh resistance. 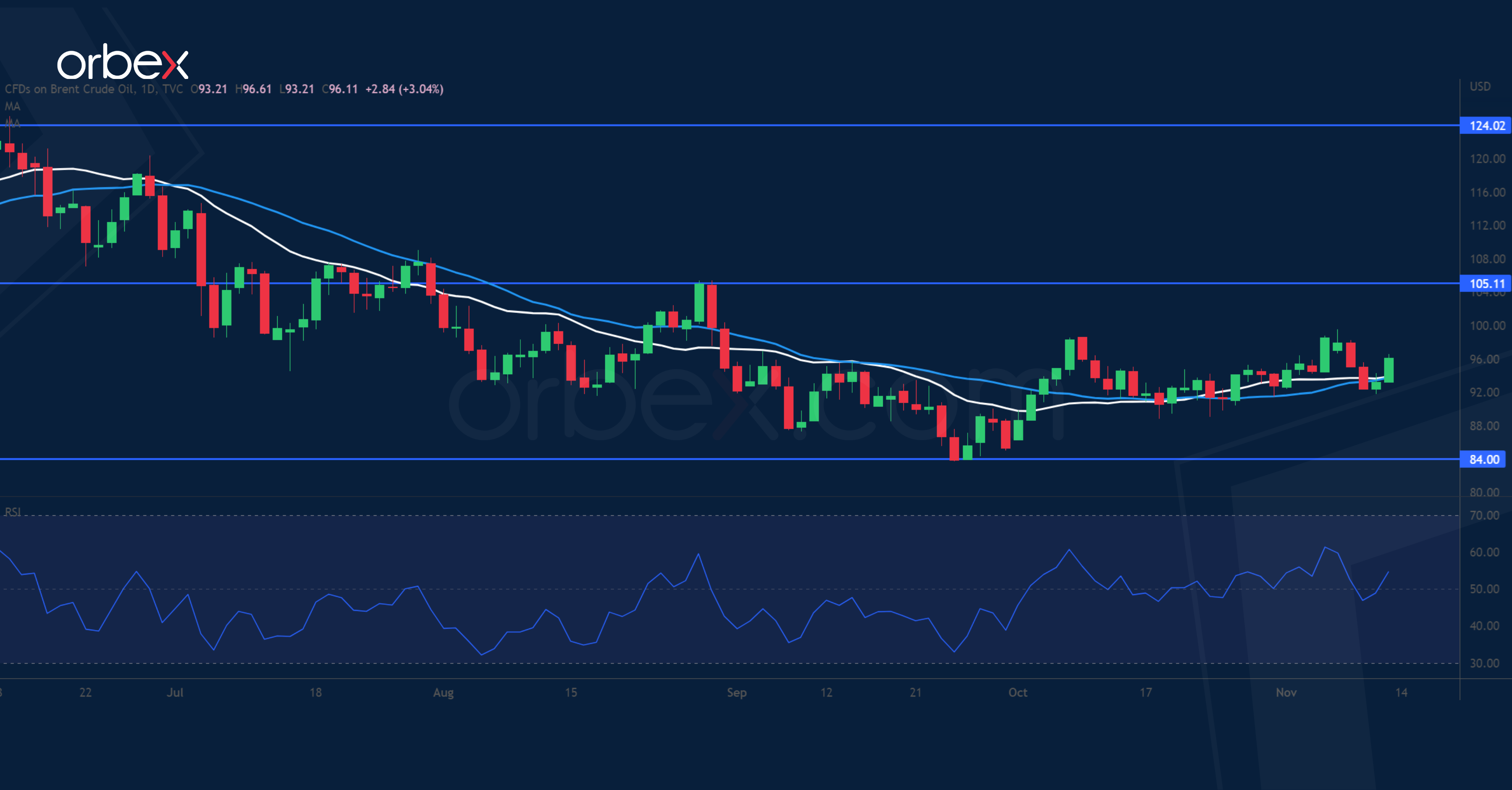 Oil markets cheered after China announced an easing of some of its COVID curbs. Brent crude has been going sideways over demand concerns. China’s zero-COVID policy and a resurgence in infections in major cities remain a thorny problem. Now that the manufacturing centre of Guangzhou has become ground zero, expectations of a slowdown in China’s activities and its appetite for the commodity put the buy side on the defensive. Meanwhile, global supply has kept up with US crude stocks surprisingly rising to a 16-month high. The supply demand imbalance may cap the price under 105.00. 84.00 is a key support to monitor. 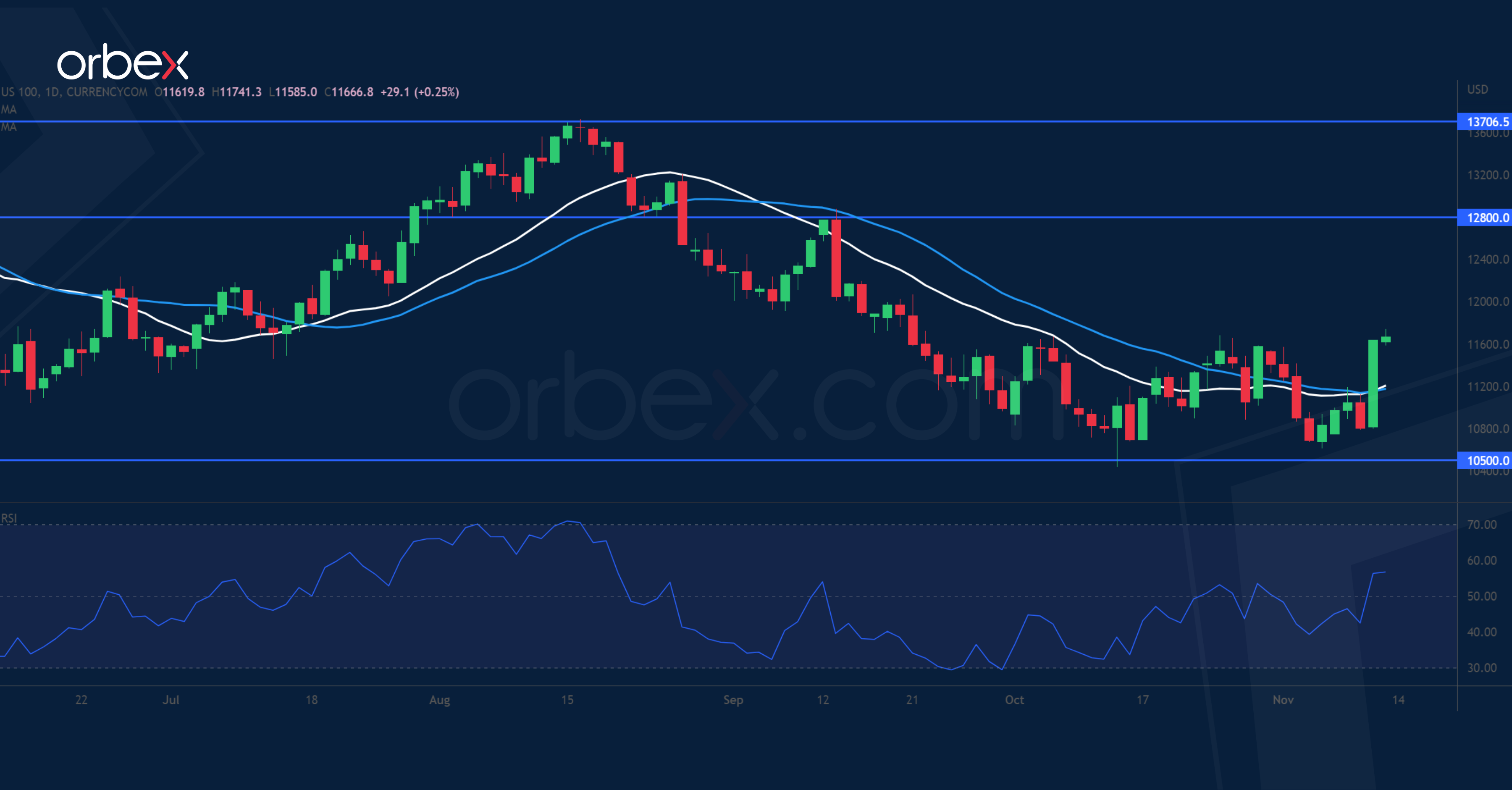 The Nasdaq 100 bounced back as hopes of peaking inflation took a foothold. With US CPI coming in below 8% for the first time in eight months, investors have regained faith in a policy U-turn by the Fed sooner than later. Plunging Treasury yields suggests that the central bank could live with a 50bp rate hike in December, rather than a 75bp one. However, the bounce could be opportunistic as it might take multiple sets of data over the next few months to make the Fed change its mind. The pivot may only happen when there is a consistent deceleration in inflation. The index is heading towards 12800 with 10500 as a fresh support.