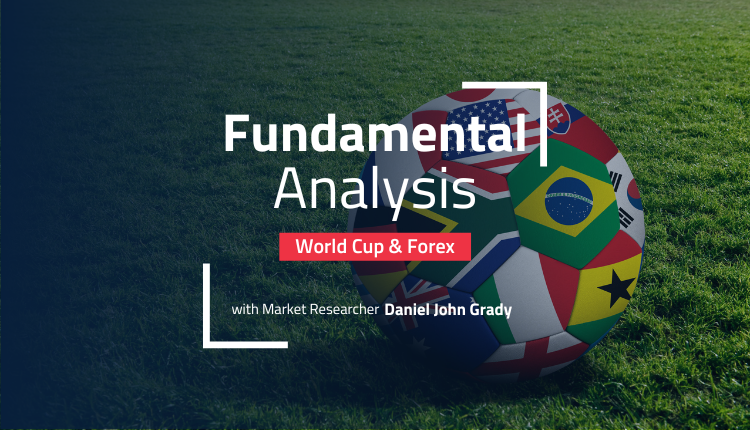 Analysis of the previous World Cups shows that trading volume drops substantially in the country that has a team playing at the time. The average is 55% of trading in a particular country will drop off as traders presumably watch the game. Even in the US where football is called soccer and isn’t the most popular sport, trading volumes dipped by 43% while the US team was playing.

Going from past events, lower trading volumes in the World Cup generally translated into higher volatility. This is a common phenomenon when there are less traders in the market, liquidity is less. So individual trades can move the market more. Since some strategies do better and others worse depending on volatility, it’s something to keep in mind.

Another thing is that the “mood” of traders seems to actually filter through to the markets. A Study of the 2010 World Cup by Dartmouth showed that CFD markets (like forex) declined an average of 0.4% following the loss of a national team. Interestingly, there appeared to be no boost to the mood when the national team won, as markets remained the same.

In the past, the currency of the host nation generally trended higher through the course of the games as the influx of visitors used the local currency. But Qatar’s Riyal isn’t a commonly traded currency, because it’s pegged to the dollar.

On a bit of a side note: If you have some Adidas CFDs or were thinking of getting in on the Adidas action, this might be a good opportunity. Adidas is a major partner and sponsor of the World Cup, and typically sees a 7-10% increase in sales during the quarter. That often translates into a similar bump in the stock price after the next reporting period. Adidas is in a bit of a tight spot right now after cutting off its partnership with Kanye West, and would really like to get some positive exposure out of the coming event to get sales numbers back on track.

The major pairs are likely to be less affected by lower volume as participants from other markets will still be trading. But emerging market currencies, particularly where football is really popular, could have noticeable changes in market dynamics.

The Week Ahead – Fed cautions quantitative tightening far from being over