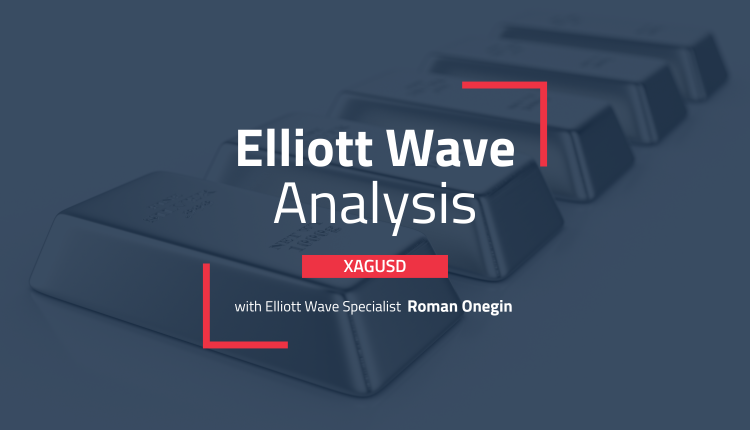 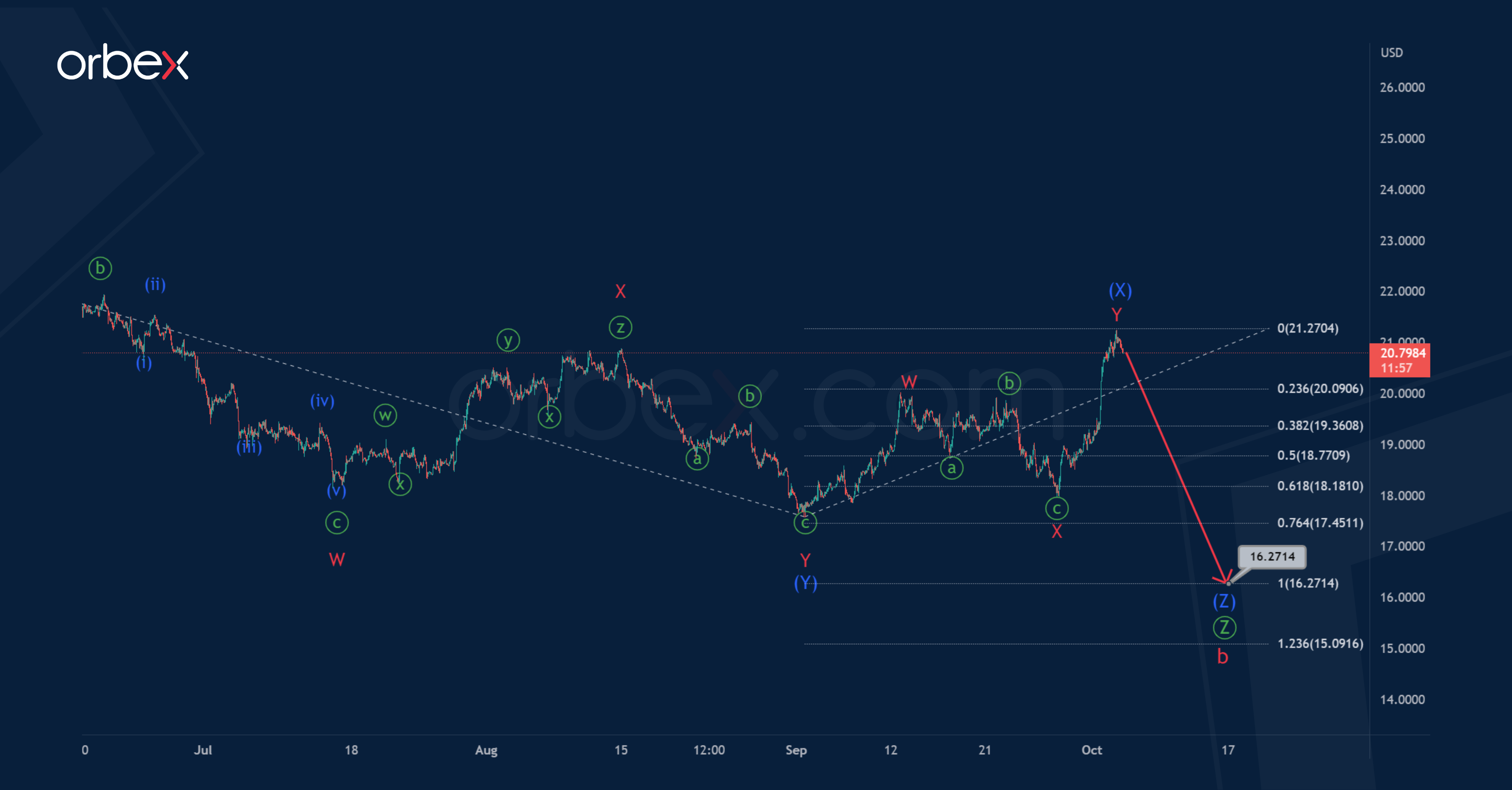 The XAGUSD pair seems to be forming a correction wave b of the cycle degree, which is part of the global zigzag. It is a primary triple zigzag Ⓦ-Ⓧ-Ⓨ-Ⓧ-Ⓩ. The first four parts of it have ended and now we see the construction of the final wave Ⓩ. 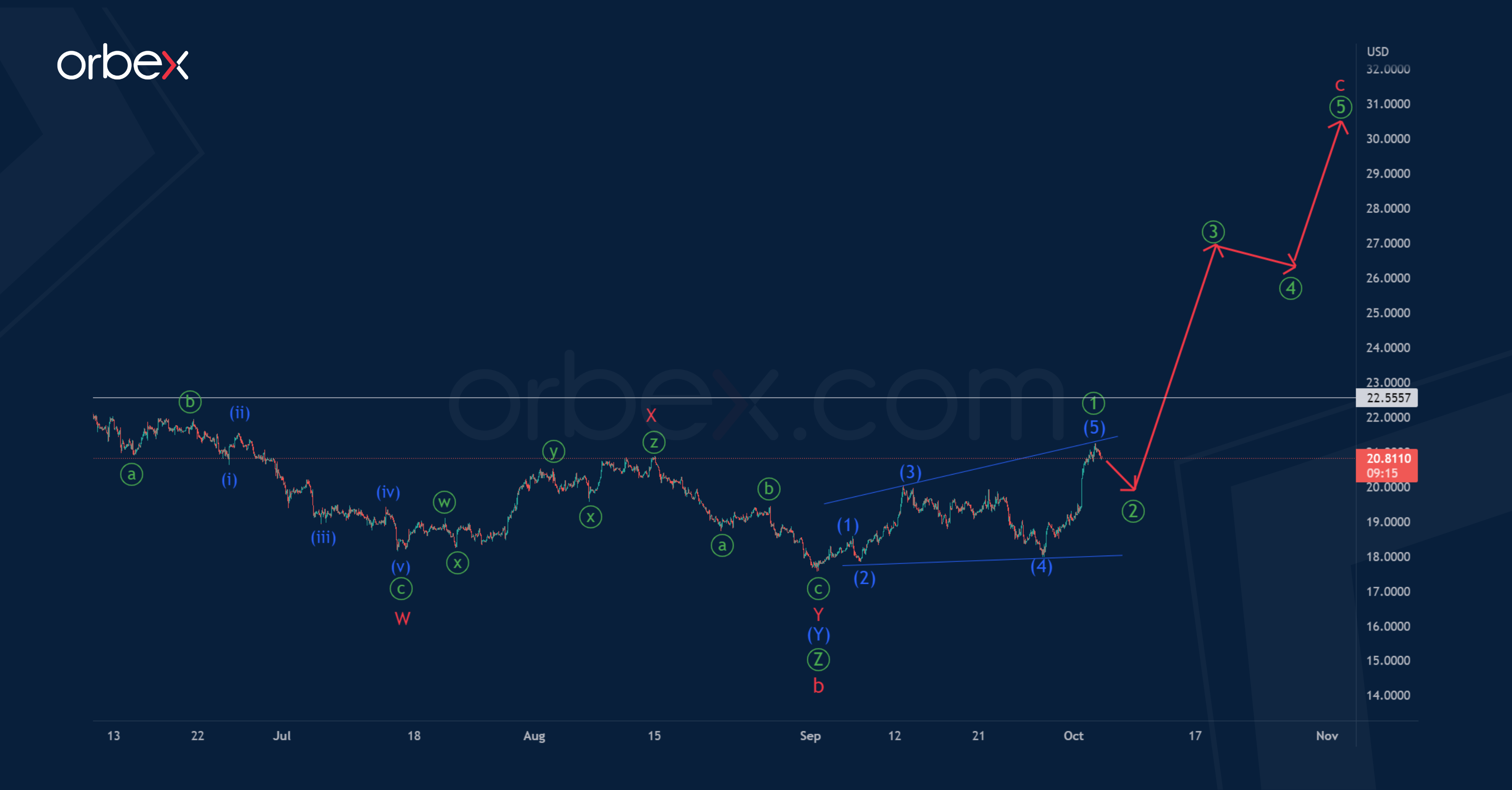 However, according to an alternative, the bearish primary wave Ⓩ could have already ended in the form of a double zigzag (W)-(X)-(Y). Consequently, the entire correction b ended with it.

Thus, in the last section of the chart, we notice the initial part of the bullish wave c of the cycle degree. It is assumed that it will take the form of an impulse ①-②-③-④-⑤, as shown in the chart.

Perhaps the primary sub-wave ① has come to an end, it is similar to the leading diagonal. In the near future, after a slight correction wave ②, growth could continue in the sub-wave ③ above the maximum of 22.555.

Test your strategy on how Silver will fare with Orbex - Open Your Account Now.