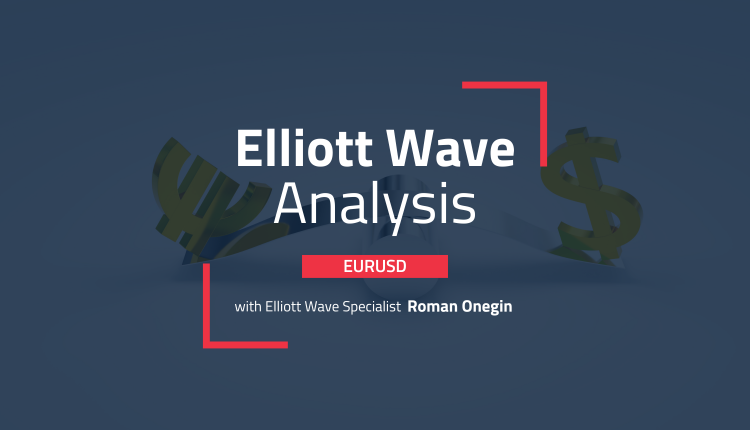 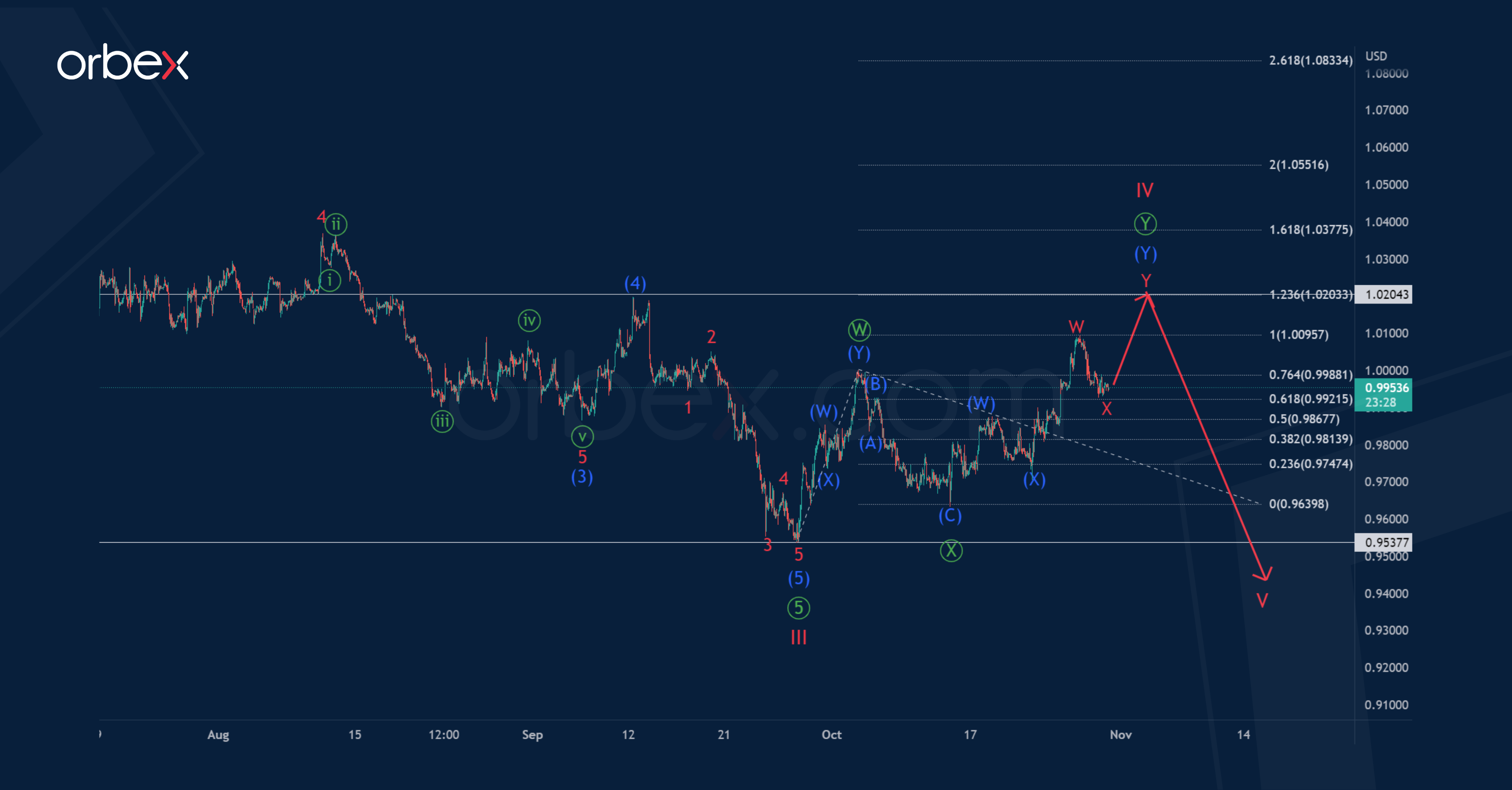 In the long term, EURUSD is forming a bearish cycle impulse, which consists of sub-waves I-II-III-IV-V.

Once the cycle impulse sub-wave III ended, the formation of a bullish correction IV began. This correction is similar to a double zigzag consisting of primary sub-waves Ⓦ-Ⓧ-Ⓨ.

The primary sub-waves Ⓦ and Ⓧ look complete. The development of the last sub-wave Ⓨ is likely  soon. It could form a double zigzag pattern W-X-Y near 1.0204. At that level, wave Ⓨ will be at 123.6% of first actionary wave Ⓨ. 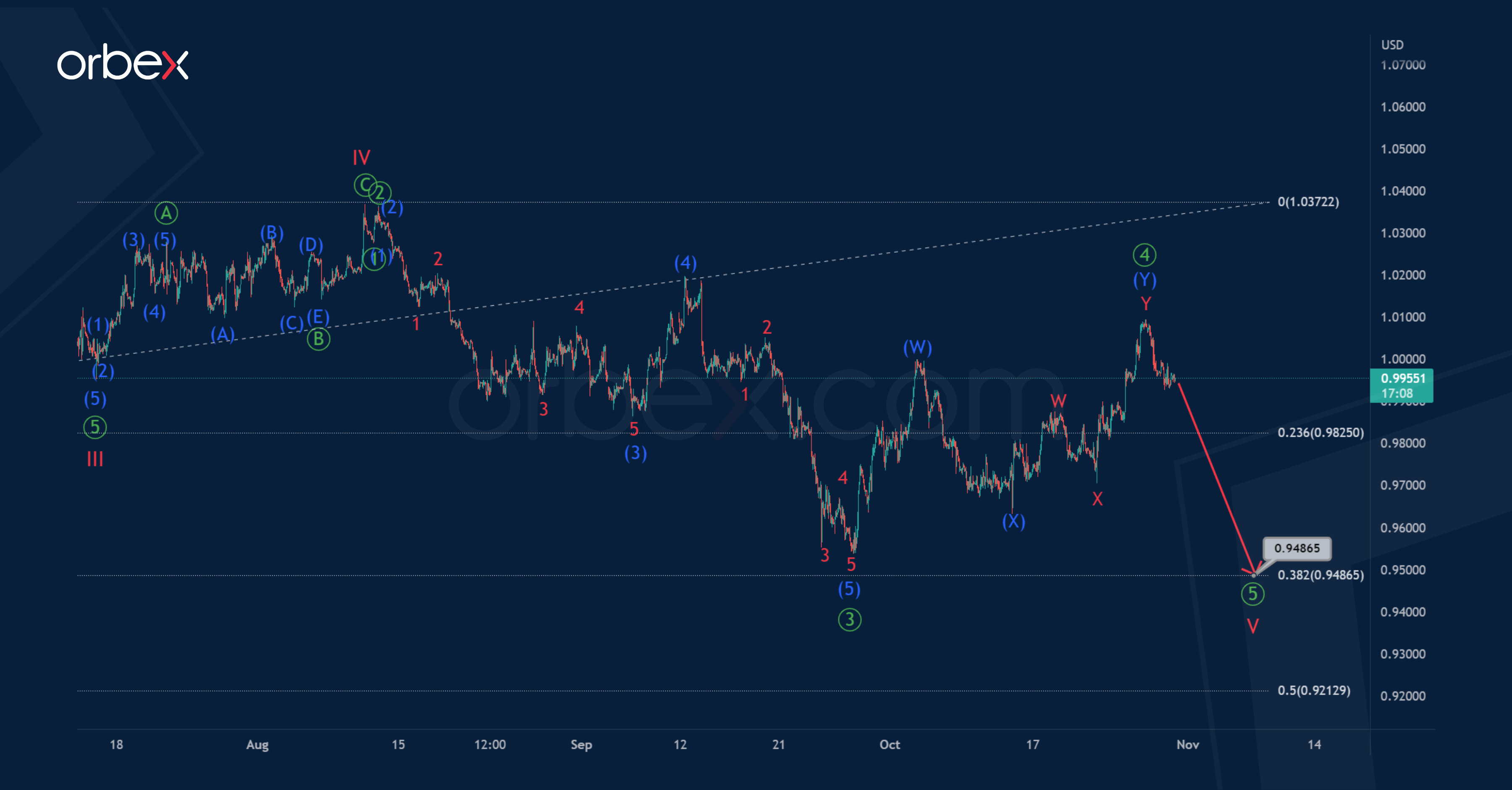 According to the alternative, the cycle correction IV has been fully completed and it is a standard zigzag Ⓐ-Ⓑ-Ⓒ.

In the last section of the chart, we can notice the development of the last leg of the cycle wave V. This takes the form of a primary impulse ①-②-③-④-⑤.

At the specified impulse, the first four parts look finished, and the last sub-wave ⑤ is under development.