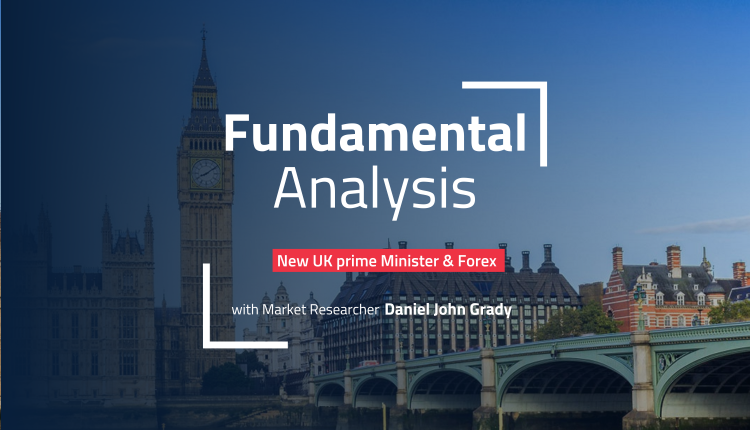 In general terms, the economic policy of the UK under the new government is expected to remain very similar. For example, the new Chancellor Kwasi Kwarteng might have had differences in public image with former chancellor Sunak, but in practice, agrees on most major issues. In fact, the argument between them was mostly along the lines of who was most in favor of the policies.

That having been said, a change of the occupant of No. 10 is an opportunity to do a bit of a course correction. After all, the prior PM was quite unpopular, and the point of a changing leadership is to find a new direction. So, some changes are to be expected, particularly on the front that could be seen as garnering popular support. But, the question for traders is:

How does this affect the markets?

The most notable is in respect to dealing with the energy crisis, which took on increasing new dimensions over the summer. That was when Johnson was still in a caretaker role, and therefore wouldn’t be announcing any major new policy. Though we should remember that the UK already had an energy emergency a year ago, with petrol stations running out of fuel in some places. While largely fueled by consumer panic, there was an underlying logistics issue. Now, there is a different problem.

The new PM is proposing a program to spend as much as £200B in order to keep down energy prices for consumers and businesses. That amounts to a little over 7.4% of the UK’s nominal GDP for last year (and could be even higher if the BOE’s projections of a recession comes true). With multi-decade high inflation, increased spending (or, at least, the monetary expansion to support it) might have quite a few economists rather worried. In particular, some traders have been speculating that cable could fall down to parity, like the Euro already has.

What about the nuts and bolts?

Of course there have been other measures announced, such as rescinding the raise in National Insurance. However, since a little over a third of the UK’s energy needs come from overseas, that is the issue most likely to impact forex markets.

While in general, increasing spending based on debt tends to lead to higher inflation, exactly how the mechanism is implemented could have different kinds of effects. And, so far, the details have not been forthcoming, though more information is expected tomorrow.

Getting a handle on the implications

So far, the promise has been to cap household energy bills. There are a wide range of mechanisms to achieve that, and they all have different inflation implications. The basic issue is that capping energy prices would allow UK households to have more disposable income, at a time that the BOE is trying to tamp down demand with higher rates. It might mean the BOE takes a stronger position starting at the next meeting to head off inflation.

However, if the BOE takes a stronger stance in raising rates, a stronger pound might additionally help offset the cost of energy and lower inflation. Another reason that BOE policy might look more like the US’ than Europe’s in the near term.