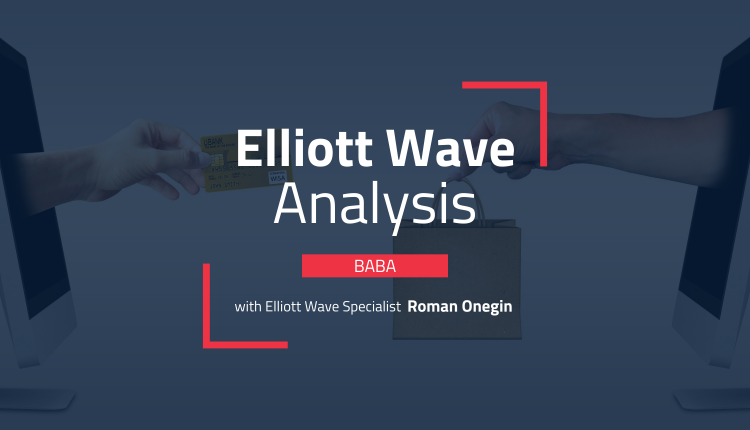 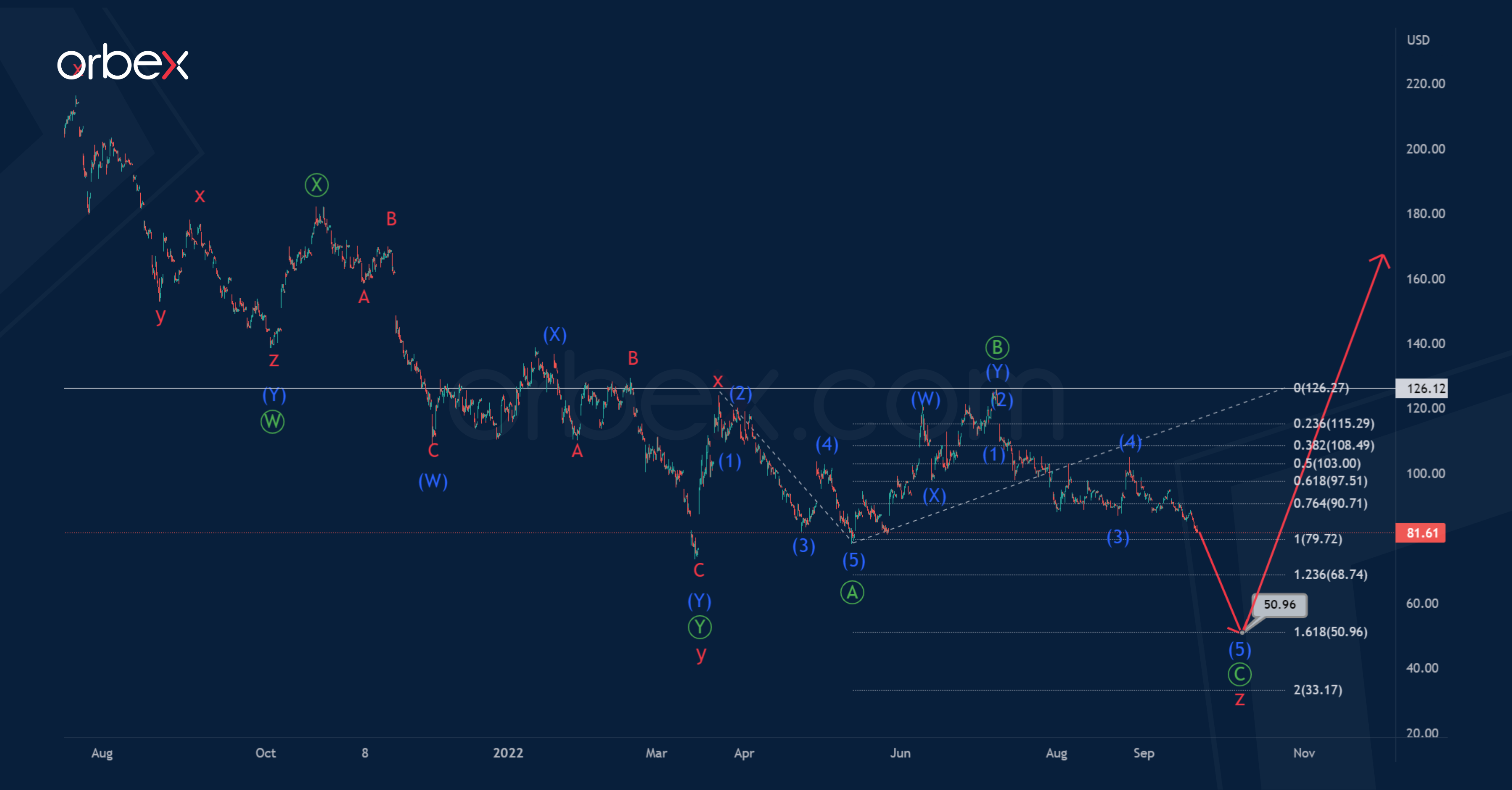 The current chart of BABA shares shows the formation of a bearish corrective trend. This takes the form of a cycle triple zigzag w-x-y-x-z.

Currently, we see a completed actionary wave y which has the form of a primary double zigzag Ⓦ-Ⓧ-Ⓨ, and a second small intervening wave x.

Now the formation of the final actionary wave z is taking place. This takes the form of a primary standard zigzag Ⓐ-Ⓑ-Ⓒ, as shown in the chart. 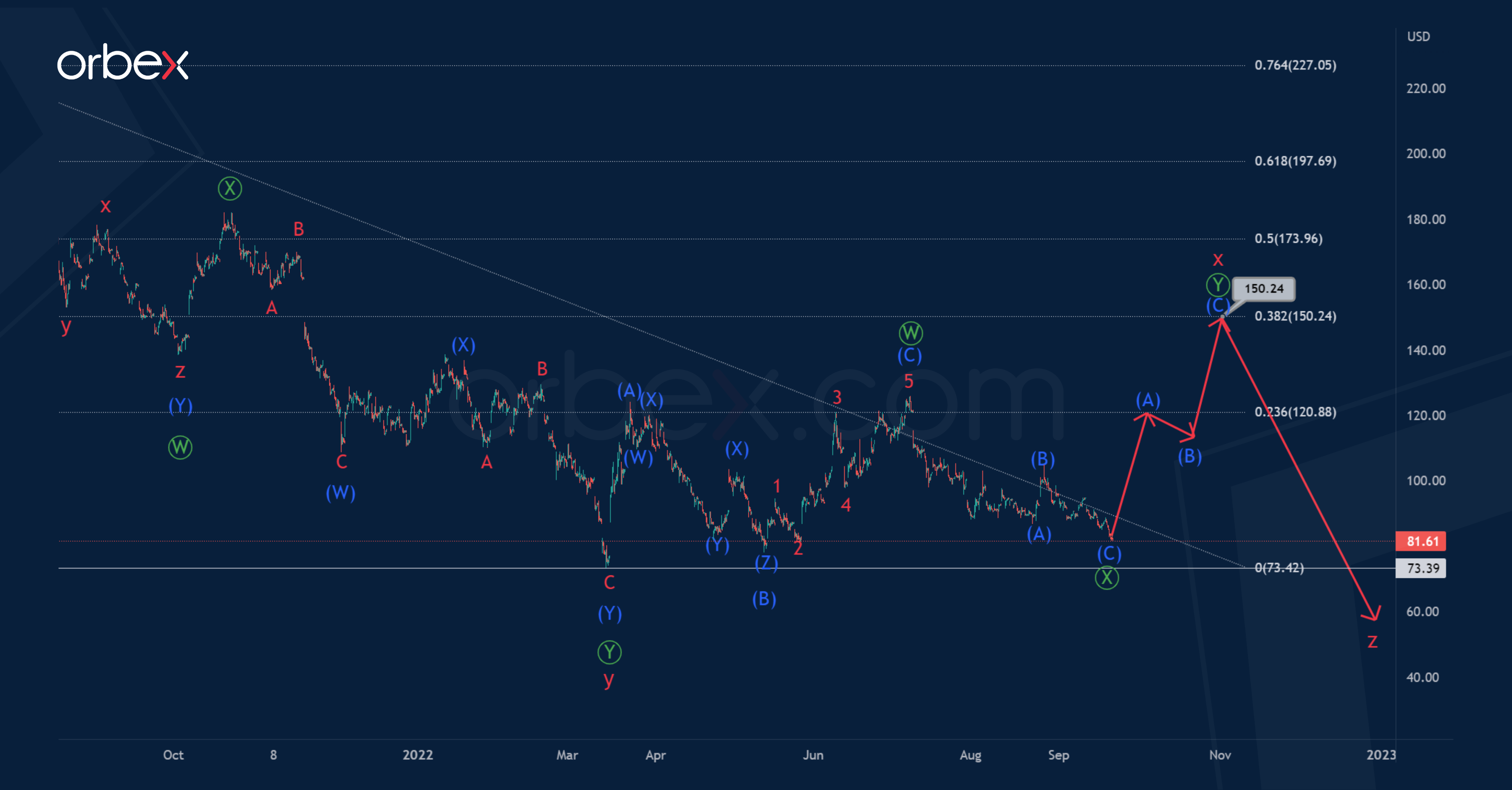 Another scenario shows a situation in which the formation of a cycle intervening wave x continues.

Now the price is in the wave Ⓨ. It is assumed that this wave will also have a standard zigzag structure (A)-(B)-(C), as shown in the chart.

The growth of the shares should be expected to 150.24. At that level, cycle intervening wave x will be at 38.2% of actionary wave y.

Fed Hikes Rate, BoE Next Up!