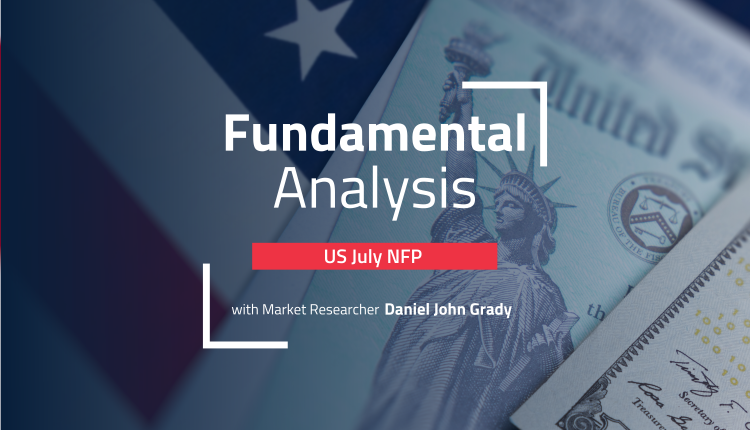 The headline number of job gains so far this year has left policymakers quite happy. But a look under the surface shows some troubling signs. And they are expected to be exacerbated by the data forecast for tomorrow.

In the context of the Fed reasserting its intention to keep raising rates to control inflation, jobs numbers aren’t as important for monetary policy at the moment. But they are an important indicator for the underlying health of the economy. Which is particularly relevant now that many people are using large job numbers as an explanation for why the US shouldn’t be considered in a recession.

The total number of employed people in the US has yet to reach pre-pandemic levels, despite substantial jobs gains over the last couple of years. With this data release, the total number of people employed could finally surpass the total number seen in Jan 2020. But that’s still a problem, since the “normal” projection of population would have implied employment growth during the period. The US is still over 4 million jobs behind where the labor market would be without the pandemic recession.

That can be seen in the labor force participation rate which remains stubbornly at 62.2%. It recovered somewhat last year, but since then it has been well below pre-pandemic levels. Actually, it’s equivalent to where it was in the early 80s (you know, back when there was massive inflation for the last time). This goes hand in hand with the remarkable phenomenon that despite adding massive amounts of jobs in the last several months, the unemployment rate has remained pretty steady at 3.6%. And both of those figures are expected to remain unchanged in July.

The consensus is that the US created net 250K jobs in July, down from the 372K reported in June. Usually, a result above 200K is seen as really good, but these aren’t normal conditions.

Perhaps of even more importance is average hourly earnings which are also expected to slow growth to 4.9% from 5.1%. Since inflation was last reported at 9.1%, that implies that real wages have continued to fall. Implies less disposable income among consumers to keep supporting the economy.