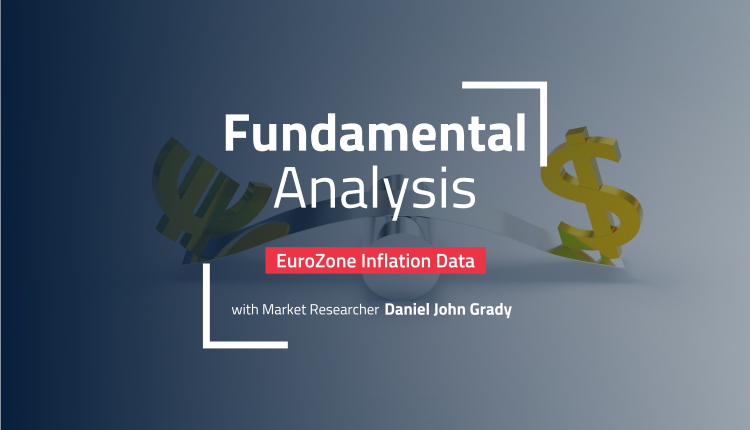 The ECB won’t meet until September 8th, which is before the next release of inflation data. Meaning that they will likely be deciding monetary policy on the data that comes out tomorrow. And this could be a pretty big deal, because inflation in Europe is expected to surpass inflation in the US, while the ECB has rates still at zero. By comparison, the Fed’s rate is at 2.5%.

However, what drives currencies is the real rate spread. That is, how much return investors can expect, taking into account inflation for both currencies. Even if interest rates are moving, inflation can move even more and shift the calculus. And that could be one of the driving forces for the currency pair and might mean the EURUSD makes another run at parity.

But first, let’s go over the expectations before delving into rate spread

For ECB policy, however, we might want to look at the core inflation rate, which is expected to move up to 4.0% from 3.7% prior. That’s also the highest ever, once again.

Also at the same time is the release of Construction Output for June, which is expected to slow to 1.8% from 2.9% in May. Not expected to influence the market directly, but it could be a sign of the impact the expected ECB policy has on one of the major economic sectors.

What the projections mean for the currency

Back to the analysis of pressure on the EURUSD. If the projections turn out to be correct, it would mean that the real interest rate for the dollar is -6.0%, while the real rate for the Euro is -8.9%. In other words, a 2.9% spread.

Last month, the real rate for the dollar was -7.4% while for the Euro it was -8.1% (taking into account before the latest moves by the Fed and the ECB respectively). That means the spread was just 0.7%.

So, given the differences in inflation and interest rates, having dollars has become a significantly better investment. Or, because both have negative real rates, the dollar is a significantly less bad investment. The pressure to hold dollars and not Euros would likely increase, especially going forward.

What it means for the future

Raising rates is meant to get inflation down. So, higher rates not only mean a better return on investment, but also that inflation would be expected to be less in the future. If the ECB is hesitant about raising rates, it could mean inflation keeps rising, making the Euro a worse investment.

The combination of these two factors could keep driving the spread between the currencies, and increased pressure on the EURUSD. That is, as long as the Fed doesn’t pivot, or the ECB doesn’t start raising rates at least as fast as the Fed.