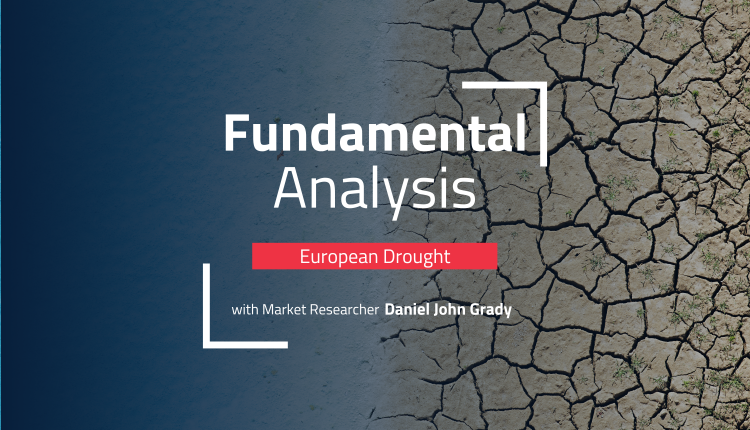 Earlier today, a somewhat worrying report came out that a key point in the Rhine river would likely become impassable on Friday. It takes several days for the water to flow down the length of the river, which allows for fairly accurate predictions of water flow in advance. Which helps mitigate potential impacts, as alternative transportation routes can be planned.

The problem which could have implications for the markets, is that the reason goods are shipped by river is that it’s cheaper. Alternatives such as trucks and even trains are significantly more expensive, which could increase costs for industries along the river. That includes energy, with a substantial amount of fuel for power plants transported along the Rhine.

But, of course, the Rhine isn’t the only river affected. Earlier in the year, the Po valley in Italy was facing drought conditions threatening that led to an emergency declaration. The valley accounts for over 40% of Italy’s key grain crops, including rice. Food prices have been falling since Russia and Ukraine agreed to allow grain shipments, and so far there hasn’t been any interruption.

Initially, the French government sought to curb power production in several French nuclear reactors because of the lower river flows. Certain types of nuclear reactors use water from rivers for cooling, which raises the temperature in the river. That can have problems for wildlife. But a couple of days ago, the French government revised its assessment, and will allow nuclear power plants to continue to operate.

Norway is also facing drought conditions, which is a problem for a country that relies over 90% on hydropower. It was reported yesterday that in response the country was working on plans to ration energy exports to UK and Europe in the winter, if conditions didn’t improve.

Any positivity in the outlook?

This comes after a year of low wind conditions, which are key to pushing water-laden air from the sea over land to produce precipitation. It’s also vital to turn the increasing number of wind turbines. The lack of wind is what caused a glut in energy production last year, pushing up demand for and prices of natural gas. The war in Ukraine and subsequent sanctions exacerbated the situation, being one of the larger contributors to price increases not just in Europe, but across the world.

Climate conditions compressing alternative energy production in Europe makes the area more vulnerable to reductions in fossil fuel supplies from Russia. Yesterday, Russia said it would stop shipping oil through the Druzhba pipeline over payment issues. The pipeline is just one of the smaller of several that connect to Europe.

The worry? High temperatures across Europe have coincided with another year of low wind speeds. Electricity generation in August from wind is following a similar pattern as last year, suggesting further increased demand for fuels.With the ECB hesitant to raise rates, the upside pressure from energy and transportation costs could further pressure the Euro to the downside as inflation picks up. Climate conditions could be an important factor in forex for the remainder of the year.