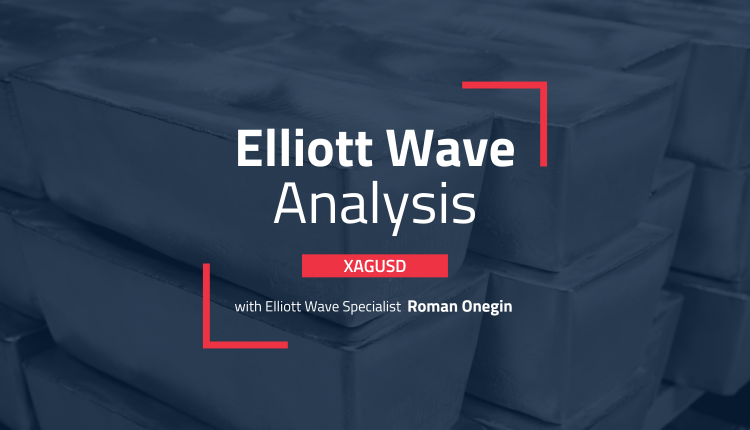 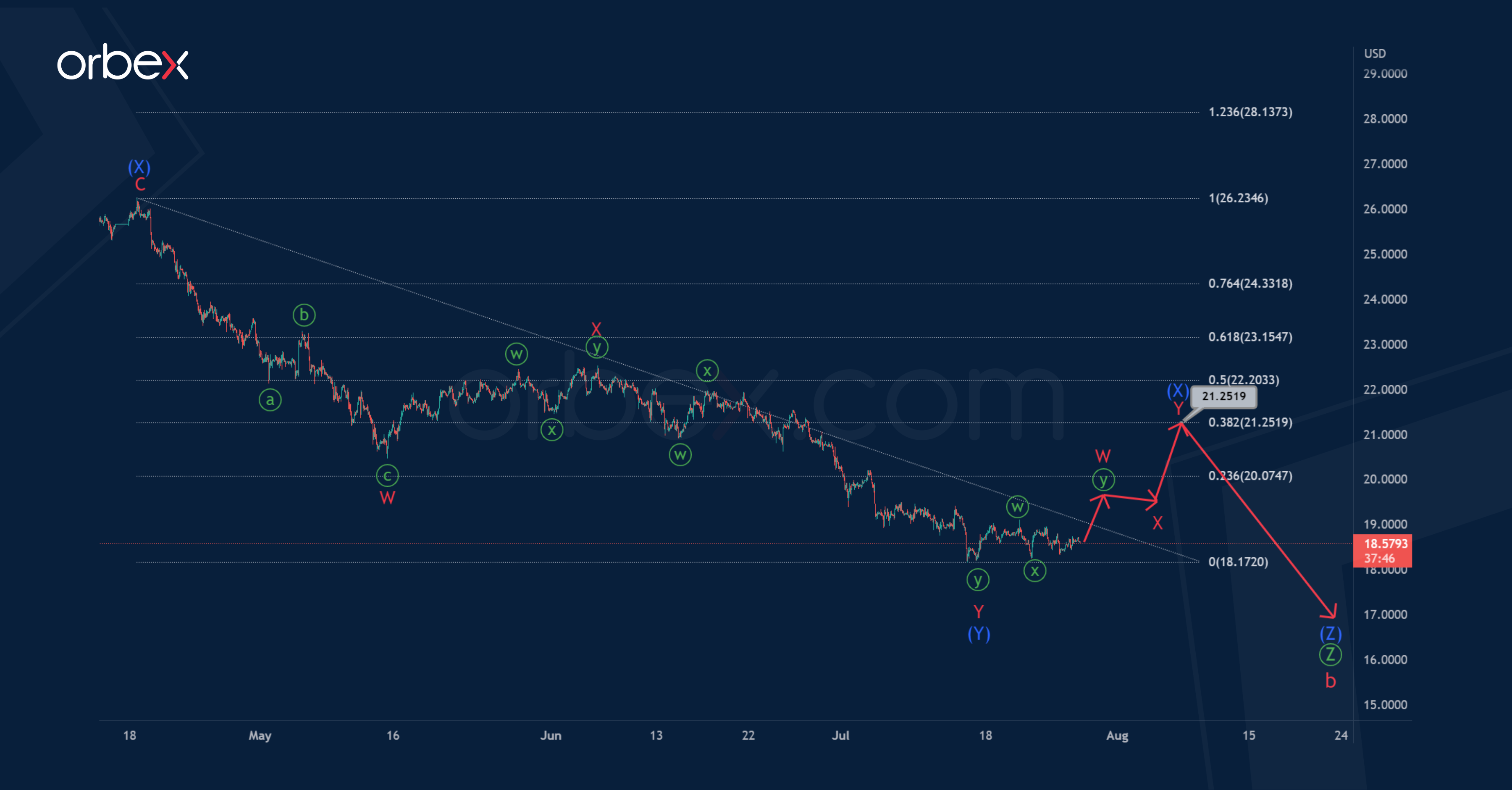 The XAGUSD pair is forming a correction wave b of the cycle degree, which is part of a large zigzag.

The correction b is a primary triple zigzag Ⓦ-Ⓧ-Ⓨ-Ⓧ-Ⓩ. The first four parts of it have already been fully completed.

The final wave Ⓩ will be an intermediate triple zigzag (W)-(X)-(Y)-(X)-(Z). It seems that the formation of the actionary intermediate wave (Y) has come to an end. This has taken the form of a double zigzag W-X-Y. 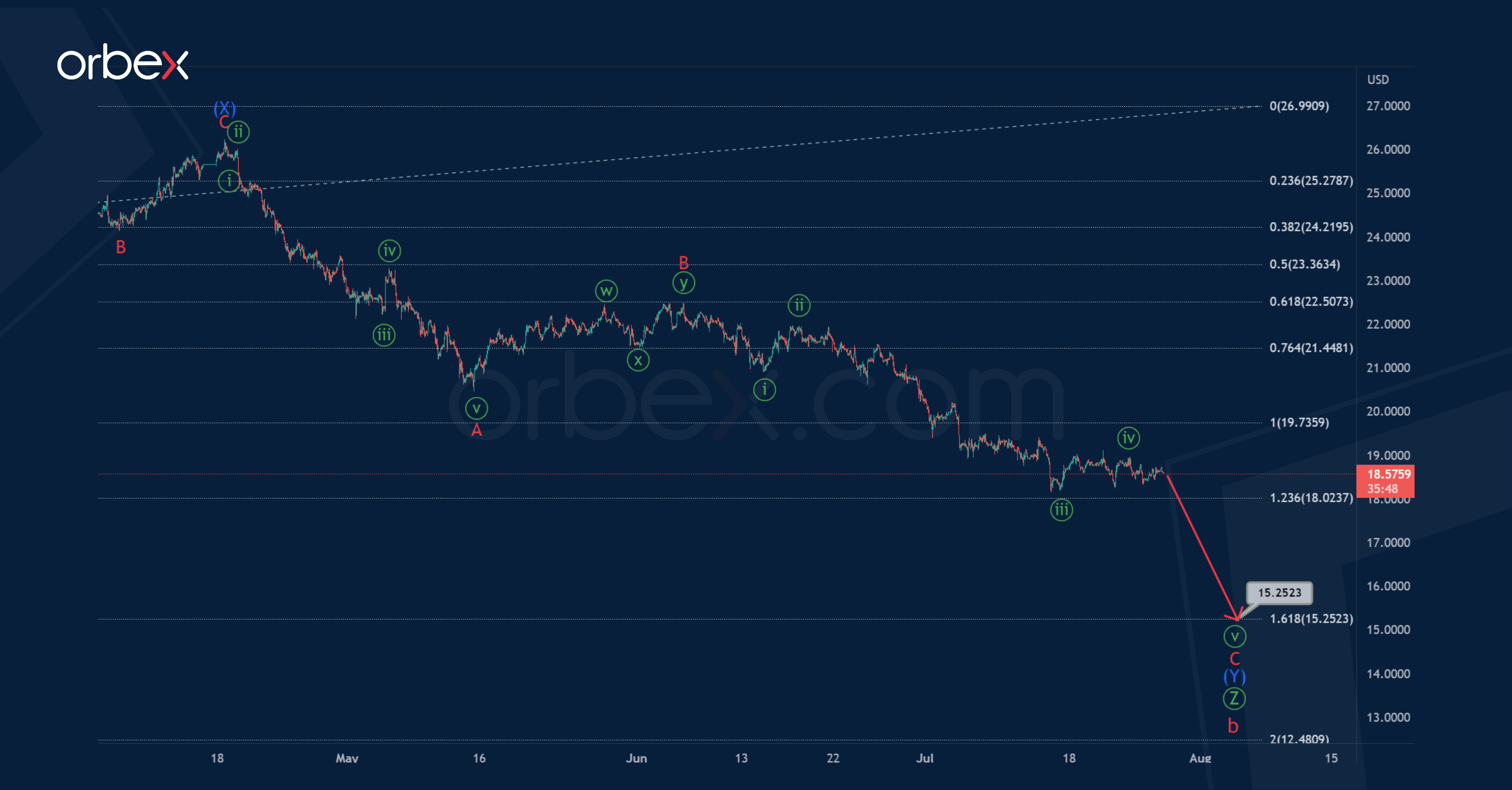 Alternatively, the bearish primary wave Ⓩ could end in the form of a double zigzag (W)-(X)-(Y).

Most likely, prices are now in the final part of the actionary wave (Y), or rather in its final minor sub-wave C.

Perhaps wave C will end in the form of an impulse consisting of minute sub-waves.

To end this impulse, a final sub-wave is needed. The end of this impulse is possible near 15.252. At that level, primary wave Ⓩ will be at 161.8% of actionary wave Ⓨ.