What Can Come of US Lifting (Some) Tariffs on China? 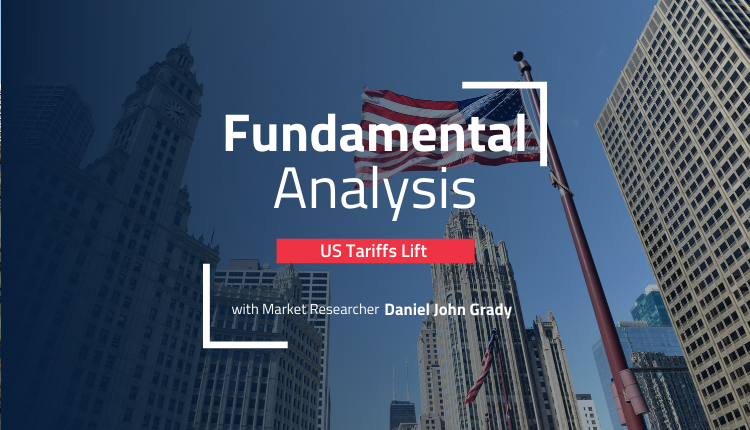 US President Biden is holding a meeting today to discuss a plan to lift tariffs imposed on certain goods imported from China. Although it’s being billed as “reversing” the Trump Administration’s tariffs, the reality is a little more complicated. For starters, the White House is discussing a series of plans that would lift tariffs on certain goods, but not others. And including other aspects into a deal with China that weren’t part of the “Trump tariffs”.

The Trump Administration didn’t apply tariffs in one action, but over an increasing period. And then there was a deal to reduce tariffs in exchange for increasing imports from the US, called “phase 1”. That deal was severely disrupted by the covid pandemic, throwing global trade into disarray. So, it’s overly simplistic to talk about what the Biden Administration might announce later today or over the weekend as “repealing” Trump’s tariffs. It’s important to consider the details when weighing the potential implications on the markets.

The ostensible reason for removing the tariffs is to reduce the cost of consumer goods imported from China. This has been the main argument offered by Chinese officials as well. But, let’s assume a “best case scenario”, of removing all tariffs imposed by the prior administration (which isn’t seen as likely, since a “partial” reduction is what is most often talked about). It’s estimated that such a move would have at most a 1% reduction on inflation (which was last reported at 8.6% and estimated to come in at 8.7% when reported next week).

This is based on calculations made back in 2019 when the “phase 1” deal was first agreed on. The estimation was that the Trump tariffs would raise inflation 0.95%. But, that didn’t materialize, because the covid crisis a couple of months later led to deflation, and the effect was diluted. Which is why it’s hard to look back and see what the impact of the tariffs were, and then reverse the effect to estimate what would happen if they were removed.

What is most rumored among officials is a “partial” removal, targeting consumer goods. However, the majority of the tariffs imposed in 2019 on China were on “intermediate” goods, such as steel and aluminum. There seems little interest in the White House to lift those tariffs (which come with political costs, as they were sought by industry groups in the United States).

Trump tariffs on consumer goods targeted things like clothing, bicycles and washing machines. These elements have very little impact on the overall consumer basket, and haven’t been the drivers of inflation. Barcklay’s estimate that the largest impact on inflation from lifting sanctions on consumer goods is just 0.3% – or less then a monthly fluctuation.

Getting a handle on things

Given the relative benefit that lifting restrictions could have, it’s possible the Administration decides to not make any changes to the current tariff regime. Either way, the market might be getting ahead of itself; the imposition of the tariffs coincided with a tightening cycle by the Fed. The potential market impact could have been exaggerated by that and other factors.

The impact was felt more in China and its trade partners, with the yuan falling considerably and lower imports from Australia and Japan. However, the economic situation is radically different now, as China is still facing covid lockdown worries, and geopolitical tensions have risen. The most likely scenario of lifting some of the tariffs will most likely have more symbolic value than actually changing the economic fundamentals.

NZDUSD Has the Bearish Trend Ended?

The Week Ahead – Euro weighed by risk aversion and rate differential