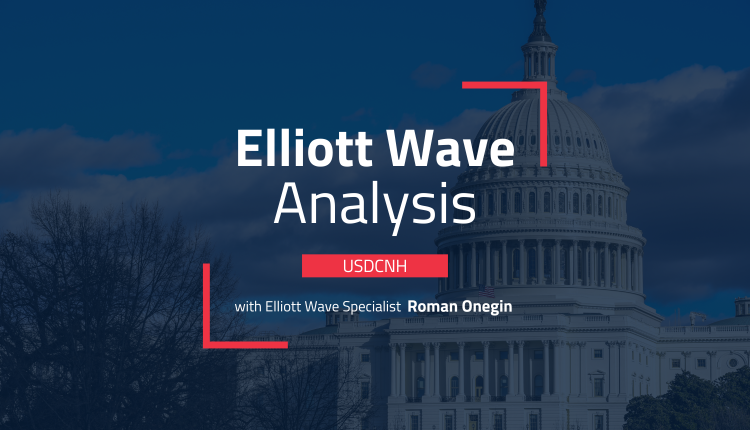 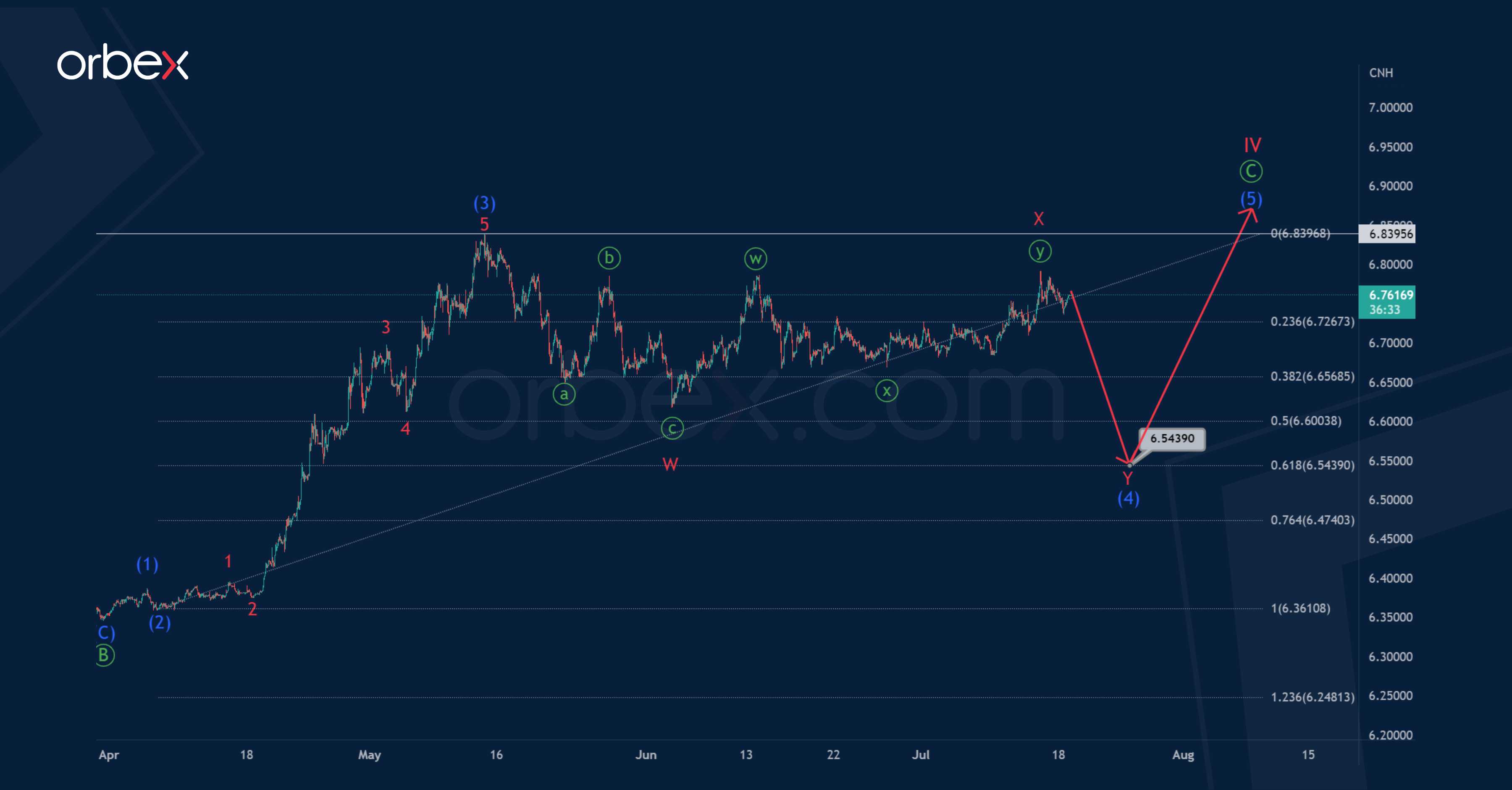 The internal structure of the USDCNH pair hints at the primary zigzag pattern Ⓐ-Ⓑ-Ⓒ. This in the long term forms a cycle correction IV. 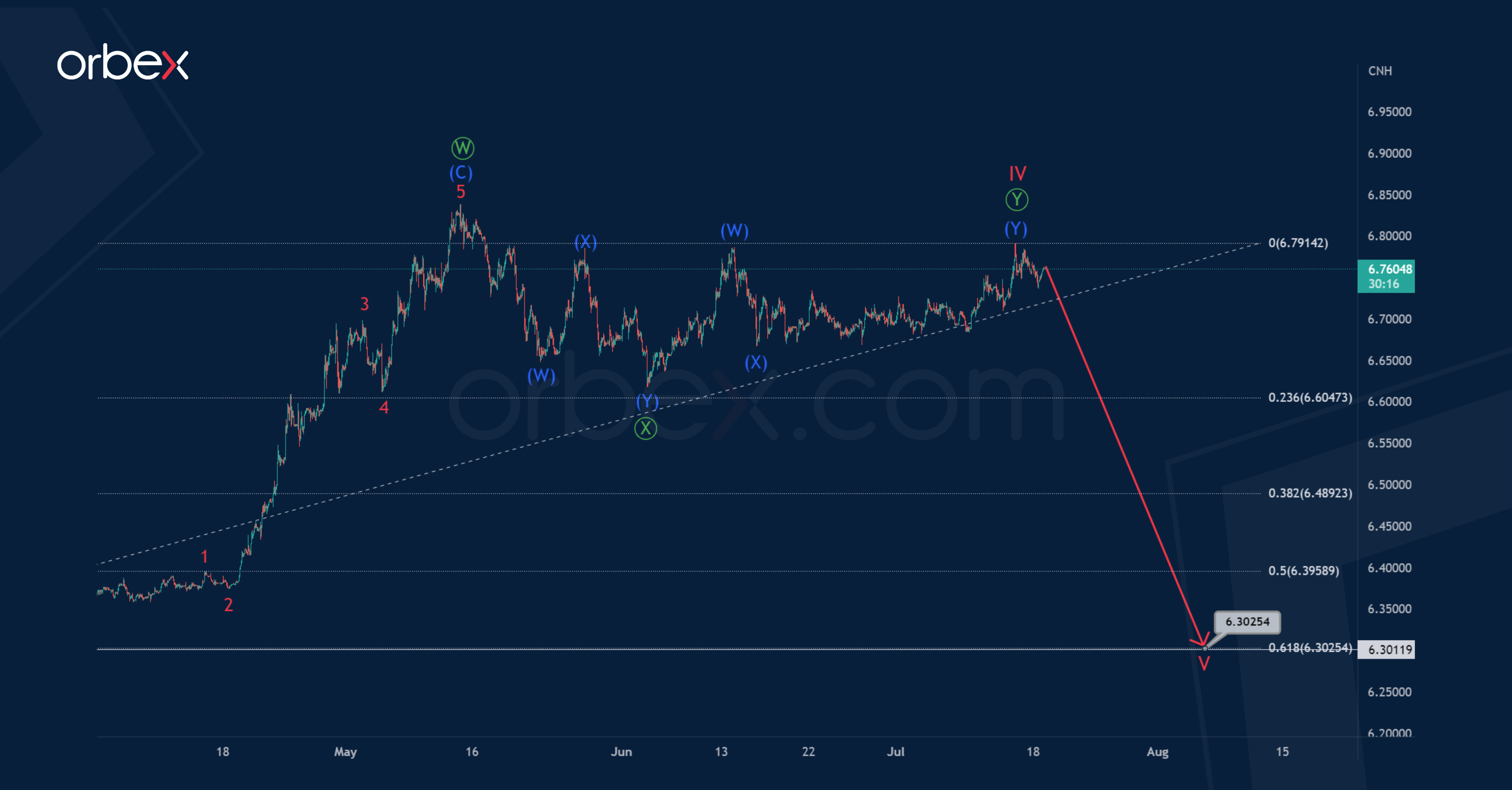 An alternative scenario shows that the construction of the entire cycle correction IV could already be completed. It took the form not of a simple zigzag, but of a double zigzag consisting of primary sub-waves Ⓦ-Ⓧ-Ⓨ.

Thus, if this assumption is correct, prices could move lower forming the final cycle wave V.

Most likely, wave V will complete its development in the area of the previous minimum of 6.302, marked by impulse III. Moreover, at that level, wave V will be at 61.8% of impulse III. Therefore, the probability of achieving this coefficient is high.