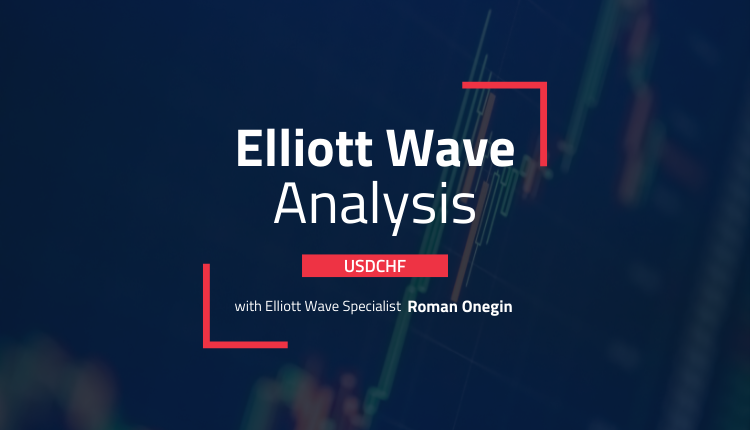 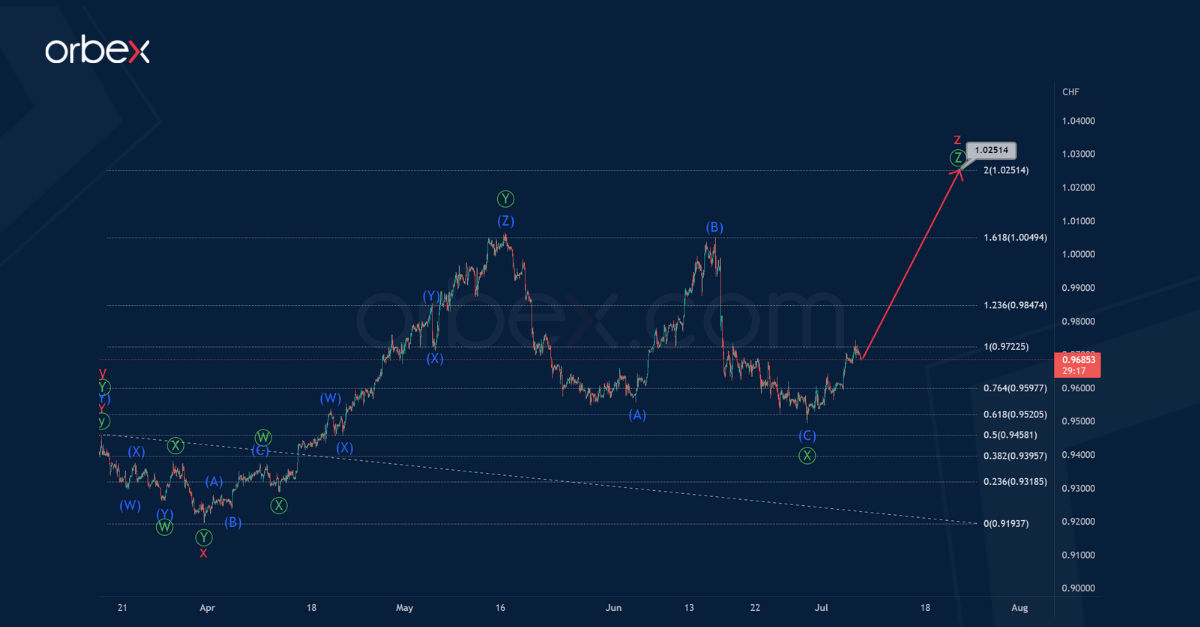 The structure of the USDCHF currency on the 1h timeframe shows the final part of a large triple zigzag consisting of cycle sub-waves w-x-y-x-z.

Currently, there is a development of the actionary wave z of the cycle degree. The wave z most likely takes the form of a triple zigzag Ⓦ-Ⓧ-Ⓨ-Ⓧ-Ⓩ of the primary degree.

It is likely that the development of the primary intervening wave Ⓧ has come to an end, within which the price has significantly decreased. It is similar to a zigzag (A)-(B)-(C) of the intermediate degree. In the last section of the chart, we see that the upward movement has begun in the first part of the actionary wave Ⓩ.

It is assumed that in the near future the development of the final wave Ⓩ will continue, within which quotes can grow to the price level of 1.025. At that level, cycle wave z will be at 200% of previous actionary wave y. 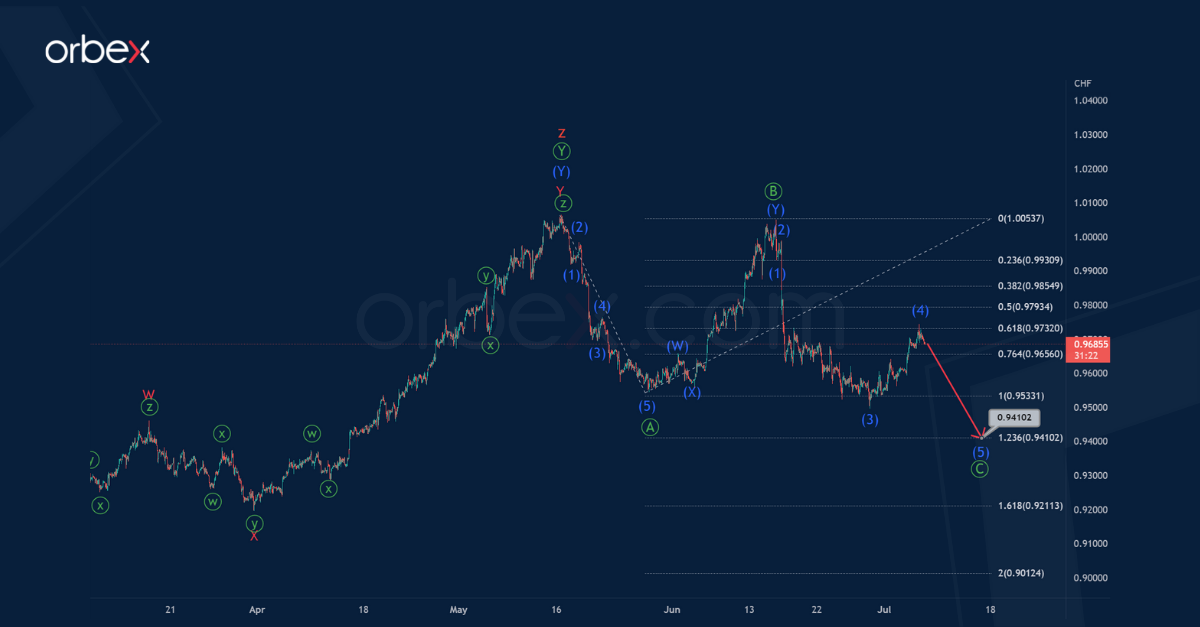 In the last section of the chart, we observe a downward movement of the price. It is assumed that the market is forming a correction pattern zigzag Ⓐ-Ⓑ-Ⓒ. The primary impulse wave Ⓐ and the correction Ⓑ in the form of an intermediate double zigzag are completed.

In the near future, the development of the primary impulse wave Ⓒ is expected. Its end is possible near 0.941. At that level, it will be equal to the first impulse wave Ⓐ.