US Q2 GDP: What is a Recession? 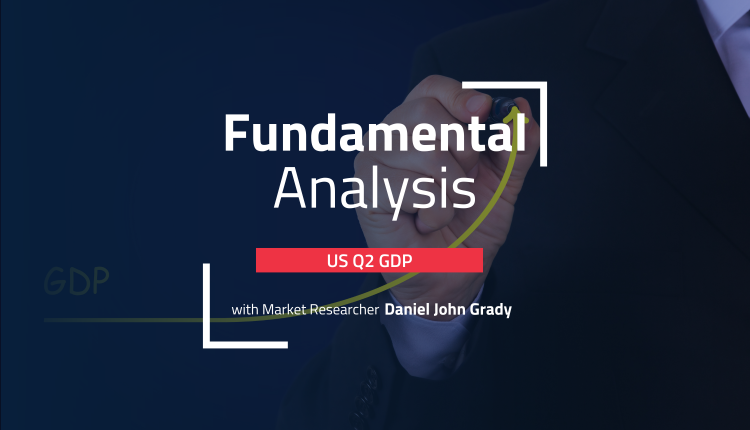 Tomorrow the US reports the first look at its Q2 GDP figures. There is already controversy even before the number is known. First, let’s remember that we’ll get the final number several weeks later. Following there can be some adjustments (although usually just by a couple of decimals). The report isn’t “final” (which could be problematic for the markets if it comes in a couple of decimals away from 0).

But the thing that has been most commented about recently is that the White House issued a blog post clarifying what the definition of a recession is. Since the President obviously gets an advanced look at the GDP figures, this can set off a lot of speculation. Some accused the White House of “changing” the definition.

What is a recession?

The classic short-hand for a recession that most traders, investors and economists use is two quarters of negative growth. This definition has led to countries falling into “technical recessions” in the past. For example, recently Germany avoided falling into a “technical recession” by posting growth of 0.2% after a contraction of -0.3% in the final quarter of last year. Whether or not that counts officially as a recession is a different matter.

While the shorthand definition is useful for practical purposes, governments are more bureaucratic. In the US, for there to “officially” be a recession, it has to be declared by the NBER. NBER is an independent institution representing economists from leading universities and other institutions. Usually, the “shorthand” definition coincides with the periods when the NBER declares a recession, so there is no controversy.

The US is in a somewhat unique position. Unemployment is near a record low, inflation is at a multi-decade high, corporate profits are rising, but productivity is falling. This gives politicians some wiggle room with the definition. And it’s not the first time. The NBER was slow to declare the subprime crisis as a recession. Retrospective analysis shows that the recession started in December of 2007, but it wasn’t until near the end of 2008 that the NBER declared a recession. And then the NBER took an extra three months until August of 2009 to declare that the recession was over.

How to read the data?

The consensus among economists is that the US had 0.5% growth during the last quarter, compared to -1.6% in the first quarter. It should be noted that the Fed’s GDPNow, which tracks data that is used to calculate GDP, currently expects GDP at -1.6%.

Markets could respond erratically, particularly if the result doesn’t match either of those figures, and is close to 0%. Many investors might not believe a positive number, particularly if it’s by a couple of decimals, and decide to wait for the final figure. One thing is for sure: whatever happens, there will be considerable debate around the results. But with the Fed’s meeting just the day before, the outlook for monetary policy likely won’t be affected all that much.