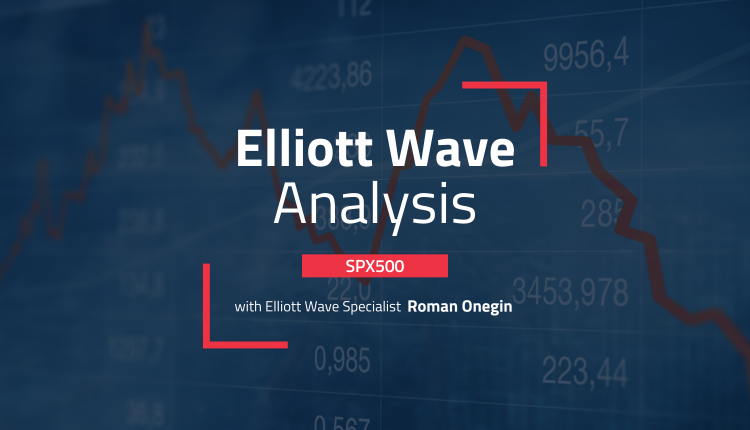 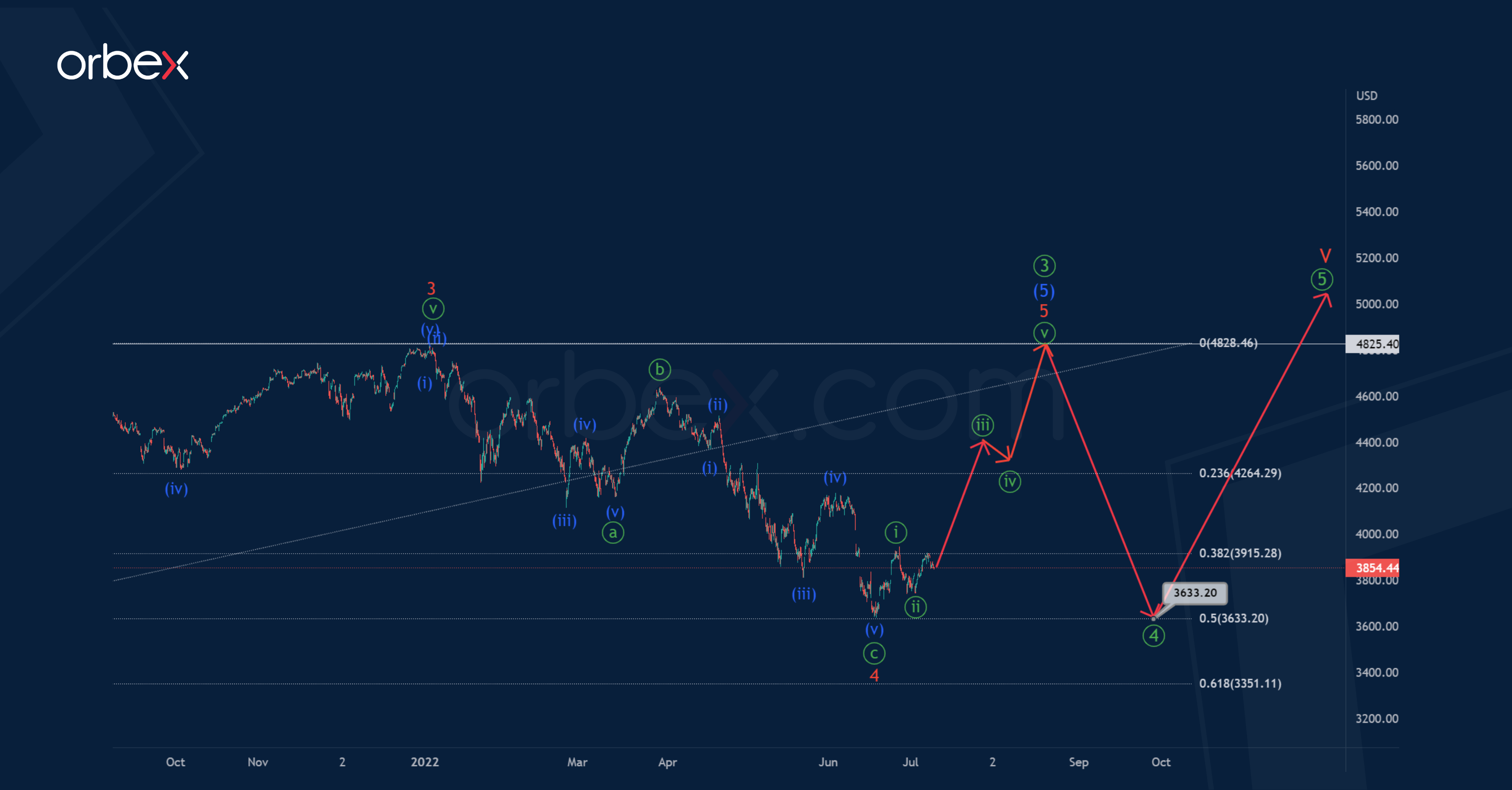 The 1H timeframe shows the SPX500 structure, which hints at the development of a major impulse trend.

The primary wave ③, which is part of the cycle impulse V, is currently under development. It is a bullish impulse with intermediate sub-waves (1)-(2)-(3)-(4)-(5).

It is likely that the price will continue to rise to 4825.40 at the minor impulse 3. At that level, the entire primary wave ③ could end.

After the completion of the bullish impulse, prices could fall in the correction ④ of the primary degree approximately to 3633.20. At that level, correction will be at 50% of previous impulse. 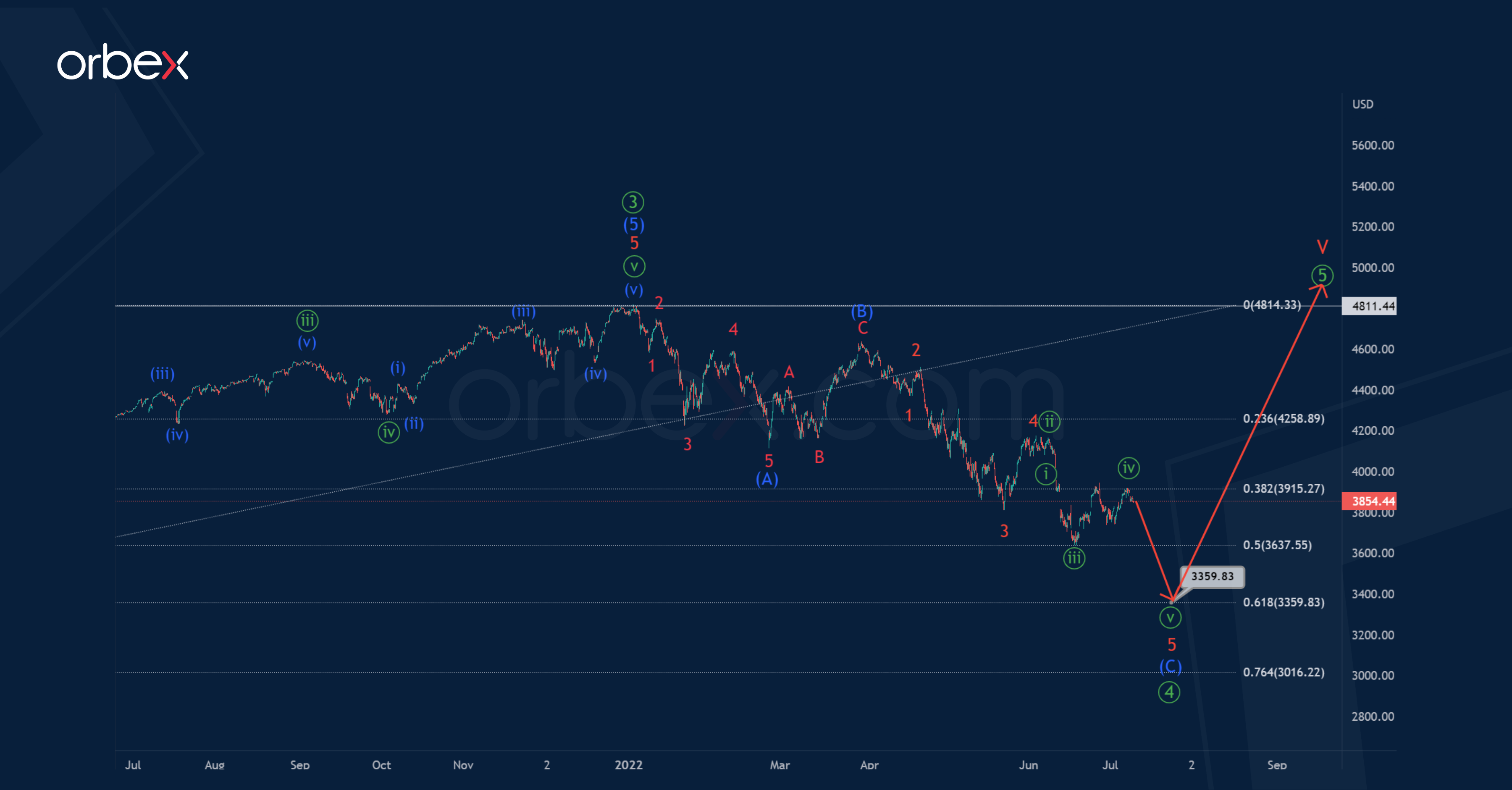 In an alternative scenario, the formation of the impulse wave ③ could be fully completed. After its completion, the decline began.

We see an intermediate zigzag (A)-(B)-(C), which forms the primary correction ④.

Most likely, in the near future the index will fall in correction to 3359.83. At that level, wave ④ will be at 61.8% of impulse ③. The probability of achieving this coefficient is high. Then the price is expected to rise in the primary fifth wave to a maximum of 4811.44