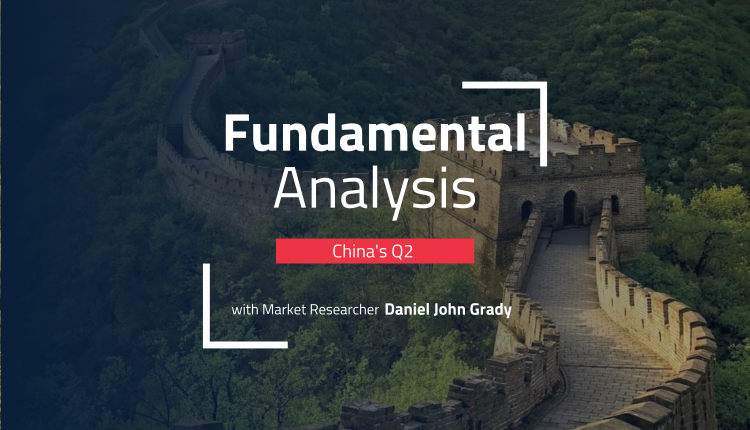 China is the first major economy to report its Q2 GDP figures, which are expected tomorrow along with a literal avalanche of data. We could expect some choppy markets in Asia following the release, even if all the data aligns in the same direction. If there are mixed signals from the economic figures, then we could have some increased uncertainty that could raise volatility in the markets for the rest of the day.

Probably the figure that will get the most attention is the GDP figure. China’s economy is projected to shrink for the first time since the start of the pandemic, with Q2 GDP forecast at -1.5% compared to +1.3% prior. Annual GDP is projected to come in at 1.0% compared to 4.8% prior. That, too, would be the worst performance seen since the start of the pandemic.

Of course, China has been dealing with an outbreak of the omicron variant over the last several months. The country’s zero-tolerance policy led to lockdowns that lasted months in some places, with large sections of the economy shut down for varying lengths of time. If China manages to have better than expected performance, it could give the markets a bit of a positive boost. But if the result is more negative than expected, then the effect is likely to be less pronounced since the expectation is that China is putting the episode behind it by now.

Where there could be a surprise

That could be belied by another bit of data coming out at the time, since the positive outlook relies on the assumption that China’s economy is on the rebound. At the same time we also get Industrial Production for June, which is expected to accelerate to 4.1% from 0.7%.
Also, Retail Sales are also expected to return to 0%, up substantially from the -6.7% reported in May. Consumer demand is one of the leading casualties of lockdowns, but is also a key indicator for New Zealand, which exports consumer goods to the Asian giant.

Putting the pieces together

If retail sales and, particularly, industrial production fail to show a healthy rebound in June, it could lead traders to worry that China hasn’t put the worst of the covid effects behind it yet. Especially if the GDP figure disappoints. Besides New Zealand, Japan could also see some weakness, as it is a key machinery exporter to China.

Interestingly, just yesterday Premier Li called to “stabilize employment”. With official figures expected to show China’s employment rate expected to remain stable at 5.9% in June. Furthermore the Premier also called on citizens to replace home appliances, which is understood to be a call to increase demand for consumer goods.

Despite the expected better data for June, the PBOC is still on an easing track. The theory is that China’s rebound is still in its infancy, and could be hampered by the government insisting on the zero-covid policy. Importers certainly appear to think so, as raw material exports from Australia to China have actually increased in the latest data, despite rising metal inventories in China.