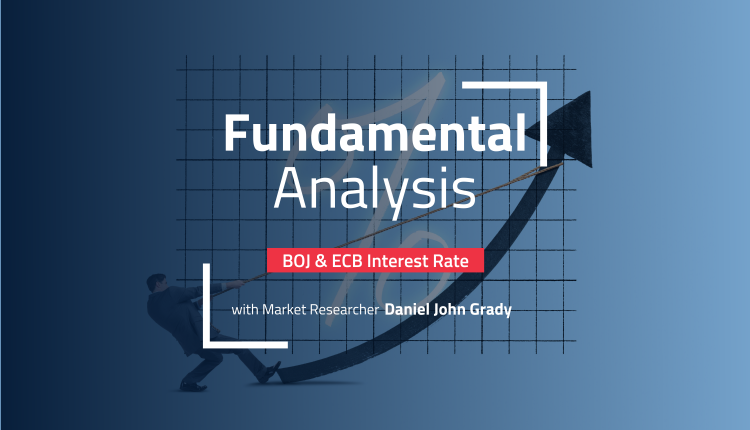 The BOJ holds its interest rate decision in the early hours of Thursday. There is a pretty solid consensus that there won’t be any change in policy. While inflation has been slowly ticking higher, the BOJ’s projections expect it to fall back. It could fall as back as to the target by early next year. That implies that there isn’t any need to shift policy.

The vast majority of economists also agree with that assessment. 90% of economists in the most recent survey by Reuters suggested that if the BOJ were to change policy it wouldn’t happen until early next year.

That’s not the only thing that could drive markets

Last month, markets tried to test the BOJ’s commitment to keeping rates ultra-low. This prompted the central bank to issue an unlimited amount of bond buying offers for a period of time. Although there was initially some take up. Since then bond holders have not offered to sell to the BOJ under the extraordinary measures. Meaning that the yield curve remains firmly under the BOJ’s control.

Economists also cut their forecasts for economic growth for Japan. Expectations show an annualized growth of 3.1% for the next quarter compared to 3.5% in the prior forecast. Slow economic growth would also relieve pressure on the BOJ to take action. Still there could be some volatility as Kuroda goes into lengthy detail about his views on the economy, in the post-earnings press conference.

The ECB has a credibility issue

The markets seem to have settled around a pretty solid consensus that the ECB will hike rates by 25bps at the next meeting. However, as recently as yesterday, Board members were saying that a 50bps would at least be discussed, adding some uncertainty to the outlook. However, as we mentioned at the start of the week, most of the attention appears to be on the so-called “anti-fragmentation” package that is expected to be announced along with the interest rate decision.

Trouble is, though, it emerged yesterday that the ECB was still working on the legal framework, meaning the negotiations on the mechanism are getting down to the wire. The level of public disagreement to members might be an indication that there are still issues to be resolved around this unprecedented mechanism. And, without an agreement on anti-fragmentation, it’s unlikely the ECB will raise rates.

Other central banks don’t have to deal with this issue, because they aren’t economies that cover multiple countries. Even in federal jurisdictions, like the US, where states make their own fiscal policy, the central bank focuses on global stability, and doesn’t “prop up” states that are experiencing financial difficulties in particular. Thus, the Fed is aggressively raising rates, even though some states, like California, have high unemployment.

The sovereign nature of the constituent members of the Euro zone means that a completely new mechanism is needed. And an untried policy, negotiated down to the last minute, might lead to increased uncertainty. The Euro could be a little shaky as investors digest the new policy and get a better view of how it works in the real world.