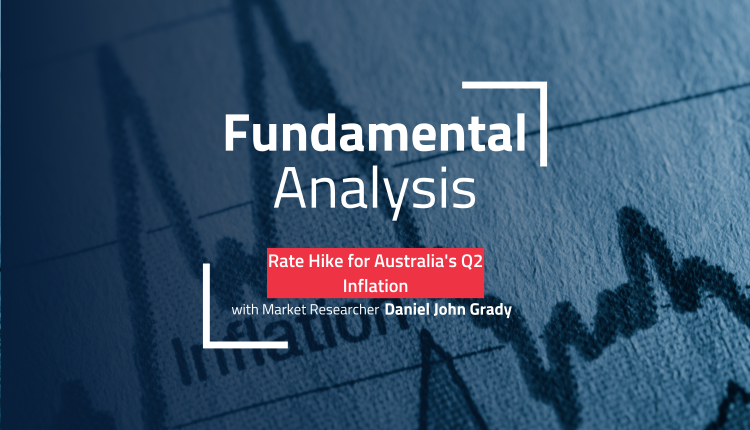 Inflation figures in Australia tend to have a somewhat outside impact. The country is somewhat unique in only reporting CPI changes once a quarter. Normally, when there isn’t much fluctuation in inflation. That isn’t much of a problem, but with the wide variations in prices lately, investors are much more interested in knowing what’s going on with consumer prices and what the RBA is going to do about it.

The latest commentary from the RBA has Governor Lowe disclosing that the Board discussed what a “neutral rate” would be. What central bankers mean by “neutral rate” is at what policy interest rate will maintain price stability. In a sense, it’s kind of where the central bank is expecting interest rates to rise to. It’s not a fixed number, since it keeps varying depending on circumstances.

Where things are headed

Lowe said the Board thinks the neutral rate is “at least” 2.5%. Also, stated that it could be higher if inflation expectations pick up. The rate is currently at 1.35% (after the unusual less-than a quarter % cut during the pandemic). this means that there are at least five “rate hikes” between now and where the RBA thinks policy is “neutral”. And given that the consensus of expectations of inflation for Q2 are for another increase, that number of rate hikes could even be higher.

So far, analysts are pretty much in agreement that the RBA will hike by 50 bps at their meeting next week. The higher the inflation rate we get tomorrow, the more that consensus is likely to solidify. It would be the third consecutive “double” rate hike, and there isn’t much expectation that the RBA will move faster than that. So, where we could see some market turmoil is if the inflation figure comes in below expectations.

There are several CPI figures released at the same time, and they have different purposes. What the RBA pays attention to for monetary policy purposes is the Trimmed Mean CPI. The overall inflation rate has more implications for fiscal policy, and particularly for currency flows. With commodity currencies showing potential for growth as their central banks fight inflation, it’s not just monetary policy that drives the currencies.

Australia’s Q2 Trimmed Mean CPI is expected to show 1.5% increase quarterly, up from 1.4% in the first quarter. On an annual basis, it’s expected to increase to 4.7% from 3.7% prior. This is quite a bit lower than other major economies, but given the source of the price increases, it’s more of a concern for the Reserve Bank. Housing costs are keeping regulators on their toes.

The other important factors

The headline inflation rate is actually expected to show a quarterly decrease to 1.8% from 2.1% in the first quarter. But when compared to the prior year, it’s expected to accelerate to 6.2% compared to 5.1%. An important part of this can be attributed to fuel prices averaging a lower price in the second quarter. Moreover, that Australia is entering the winter when there is less demand for energy for home cooling.

Bitcoin Gearing up for Another $20k Test!