Why Forex Traders Should Worry About “Demand Destruction” 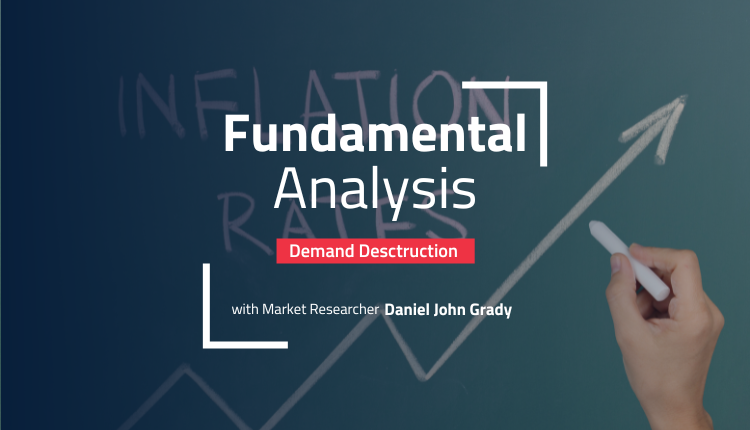 With inflation at or near multi-decade highs in most of the world’s major economies, there are some concepts that are coming back to market talk. Certain terms might have been seen as too obscure, or associated only with certain emerging markets, and not part of the mainstream. But now they could be useful tools to understand what’s going on, and where markets could be headed.

What is “demand destruction”?

The idea isn’t new at all and has been mentioned a few times before. But, given the trajectory of markets and comments from major retailers, it’s about time to take a little deeper dive.

Traditionally, central banks are worried about a wage-price spiral that can lead to hyperinflation. That’s when prices rise, workers demand higher pay, the higher labor cost forces prices to rise and so on. Wages and prices rising in tandem is normal during a period of economic growth. As long as they don’t exceed productivity increases, this is generally seen as a positive aspect for the economy. What central banks are worried about is the feedback loop that can force inflation higher than it “should be” (ie, an overheated economy).

Where things are different

The target, according to the current accepted theory, is that inflation should be around 2%, and economic growth should be faster than that. Wages should rise slightly faster than inflation, to ensure distribution of increased productivity.

But what happens if inflation rises really quickly? Particularly, if wage increases don’t keep up with inflation? Then, consumers have less purchasing power, even though they have more money in their pockets. Eventually, they have to stop buying as much. Even if they are spending more money, they are buying less product. Nominal demand increases, but demand volume drops. This is how demand is “destroyed”.

Where things go from there

The issue for current monetary and fiscal policy, particularly in the US, is that it’s based on a demand model. That is, the general idea pursued by the White House and the Fed is that if people have more money, they will want to buy more products. This will in turn push businesses to increase production and investment, driving the economy. But, if demand is being destroyed because the money that the people have isn’t buying as much, this is a significant problem for demand-side economic policy.

In that scenario, you can have corporations reporting increasing sales numbers, increasing profits, but everyone ends up having less value overall. Meaning the stock market underperforms, but currencies tend to get stronger in nominal terms. Commodity prices, and particularly currencies that depend on commodities, tend to outperform.

The Week Ahead – BoJ and SNB Remain Dovish