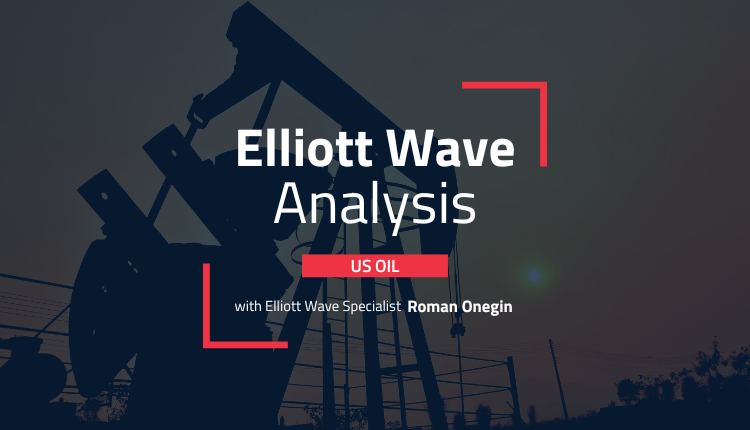 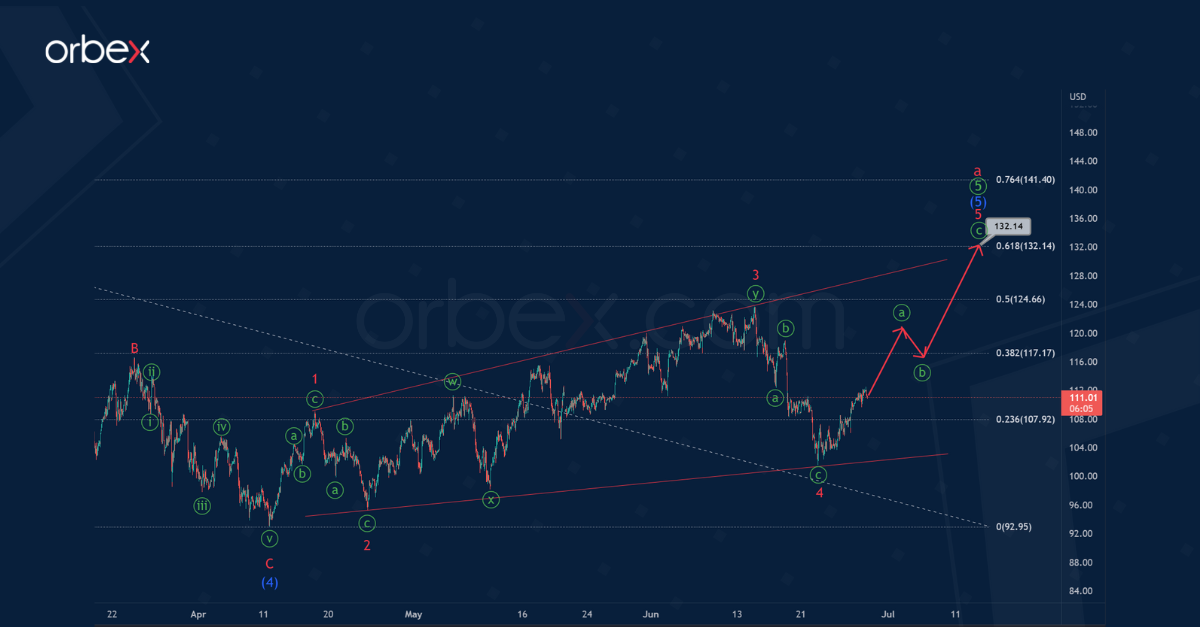 USOIL suggests the development of the final part of the global impulse wave a of the cycle degree. The 1H timeframe shows the markup of the final primary wave ⑤. This takes the form of an intermediate impulse.

In early April, an intermediate correction (4) ended in the form of a minor zigzag. Then prices began to rise in the intermediate wave (5). We see that the completed sub-waves 1-2-3-4 have a corrective structure. Thus, the entire wave (5) can take the form of an ending diagonal 1-2-3-4-5, as shown in the chart. 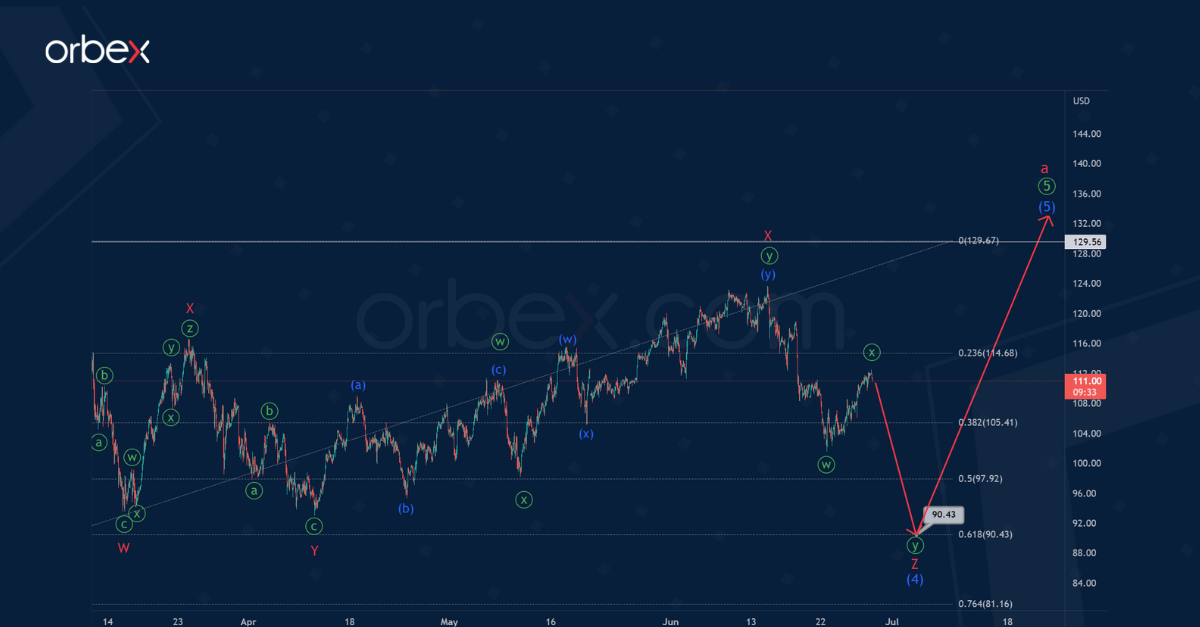 According to the alternative, we see that the construction of the intermediate correction (4) has not be completed yet. Perhaps it will have the form of a triple three W-X-Y-X-Z.

The minor sub-waves W-X-Y-X look complete. Thus, in the near future, a downward movement is expected in the actionary sub-wave Z to 90.43. This can be completed in the form of a minute double zigzag ⓦ-ⓧ-ⓨ.