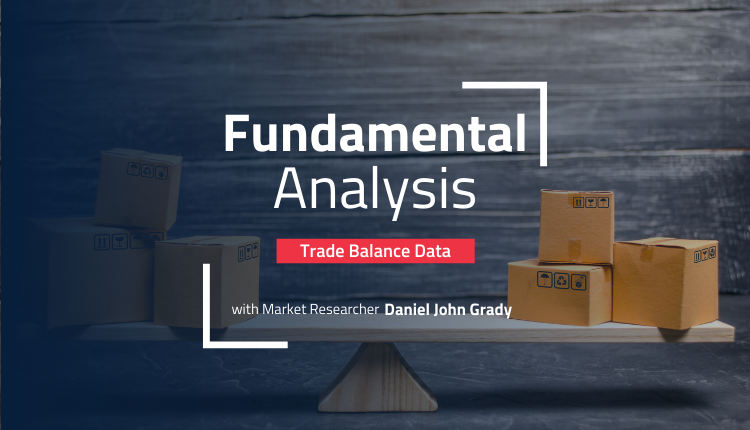 International trade was the original purpose of Forex markets, even though the importance for trade data has dwindled a bit in comparison to other factors. But it’s still an important indicator for figuring out where currency pairs might be going in the long term. This is aside from where the economy is going, which could ultimately impact monetary policy.

The commodity markets have been shaken up lately, and supply chains are a major concern. The trade balance gives us some important insight into that, as well as internal consumer demand and inflationary pressures. This is especially relevant when we are talking about the world’s two largest economies.

But first, the commodity issue

Canada’s main export is, of course, crude oil to their southern neighbor. With prices spiking through most of the year, Canada has seen a surge in the trade balance, which supports the CAD. Typically, crude contracts are done in futures, with many firms hedging months in advance at fixed prices. Meaning that it can take a few months for the full effect of higher prices to be seen in the trade balance.

That’s one of the reasons why Canada’s April Trade Balance is expected to expand to CAD3.0B from CAD2.49B reported in the prior month. Additionally, Canada benefited from the higher costs of lumber in the period.

At the same time, the US reports its own trade balance. Here the focus is more on consumer demand, as that can reflect inflationary pressures. Imports account for a substantial portion of US consumer goods, and if the figure drops, it could be a sign that inflation is starting to weigh on shoppers. On the one hand, this could mean good news in terms of getting inflation under control. On the other, it could also mean that the economy could be at risk for growth. So, more than the balance, what might be important to traders is to compare whether imports have decreased or increased compared to the $351.5B reported in the prior month.

US April Trade balance is expected to show a narrowing of the deficit to -$89.3B compared to -$109.8B prior. It should be noted that March showed the largest monthly trade deficit ever.

China’s back in focus

China reports its trade balance on Thursday, and like the US, here traders are likely to be looking more at the components. Prior trade balances were impacted by a slowing of imports as China faced covid lockdowns. Now the question is how much of those lockdowns affected productivity, as measured by potentially slower growth in exports. If exports remain high, it could be a sign that the supply chain isn’t as affected as initially feared. On the other hand, a return to growth in imports could be seen as a sign that China is starting to normalize already.

China’s May balance of trade is expected to show an increase to $58B from $51.1B in April. Exports are expected to have grown at 7.5%, up from 3.9% prior; while imports are forecast to also grow at 1.5% compared to essentially flat in April.