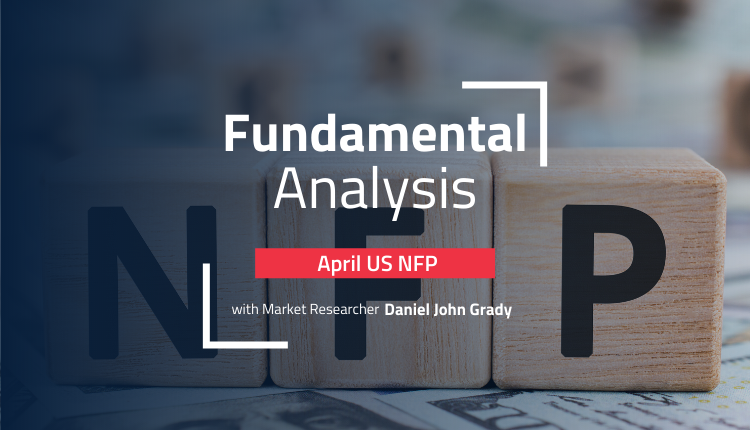 Although always important, employment data from the US is expected to take a bit of a back seat right after the Fed raised rates by 50 basis points. And the Fed is expected to do the same at the next meeting. So, unless there is some major surprise in the employment data, we could see the market generally continuing on its trajectory for the moment.

That’s not to say that the US jobs market doesn’t have any underlying issues which could be concerning in the future. Employment is generally seen as a lagging indicator for the economy. But in a situation where regulators are concerned about a wage-price spiral, keeping track of some of the sub-indicators from the labor market might take precedence.

The US labor market is still over 4 million jobs shy of pre-pandemic levels. But, that might not matter, as fewer people seem willing to go back to work. Which is why despite there being less people employed, the unemployment rate is so low.

The latest BLS statistics show there are 11.3 million jobs available, but only 6.5 million people seeking jobs. In fact, the number of people actively seeking work has returned to pre-pandemic levels.  “Labor churn” is the amount of people who leave work in order to find another job, typically a higher-paying one. This has reached the highest level this century, with over 4.5 million people quitting work to find another job in March alone.

Keeping up with inflation

Inflation concerns have caused employees to be increasingly uncomfortable with their current employment. Companies are reluctant to raise wages, particularly in the service sector which is still reeling from the effects of the pandemic. But, even with people changing jobs to get better pay, average wages have not been keeping up with inflation.

This could bring some hope to support the idea that inflation is near peaking. If people’s income is being undermined by inflation and lack of growth in income, they will have to slow down their spending at some point. Particularly with the cost of credit increasing due to Fed action. But, this concurrently implies a drop in economic growth. That’s a bad sign after Q1 GDP came in negative.

Headline NFP for the month of April are expected at 385K, lower than the 426K reported in the prior month. This is coming into the range of a “normal”, pre-pandemic number, suggesting the labor market might be putting the pandemic behind it.

The unemployment rate is expected to tick down again to 3.5% from 3.6%, despite an expectation of a marginal improvement in participation rate to 62.5% from 62.4%.

Average hourly earnings are expected to show a 0.4% monthly increase, the same as last month. This would mean a slight annual deceleration of 5.5% from 5.6% recorded prior. This is compared to the latest inflation of 8.5% .