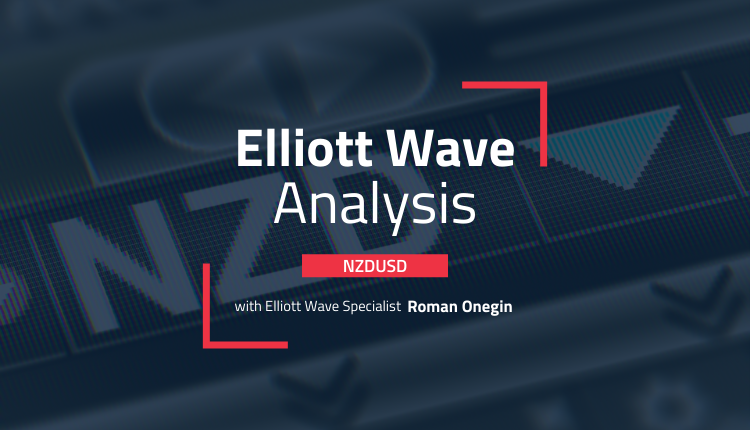 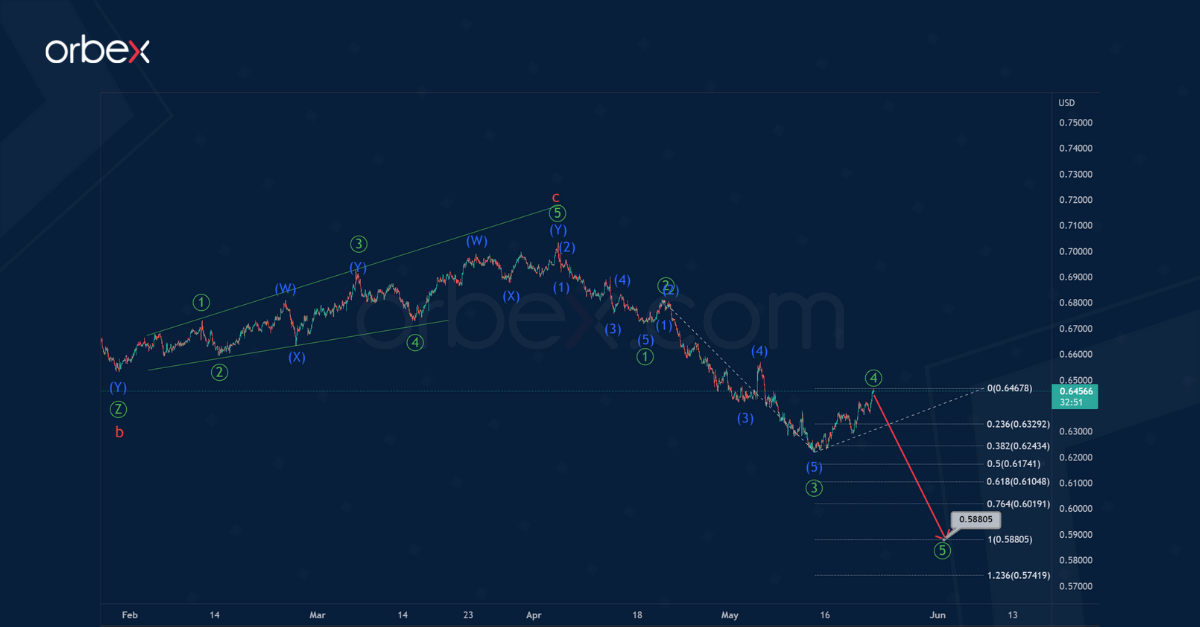 The current NZDUSD chart shows a cycle zigzag pattern, which consists of sub-waves a-b-c. After the cycle correction was b ended, we then saw the development of a cycle wave c. It has the form of an ending diagonal consisting of primary sub-waves ①-②-③-④-⑤.

Perhaps the first three parts of the potential impulse are fully completed, and the bullish correction has also come to an end. In the near future, we can expect a decline in the sub-wave ⑤ to 0.588.

At that level, wave ⑤ will be equal to impulse ③. 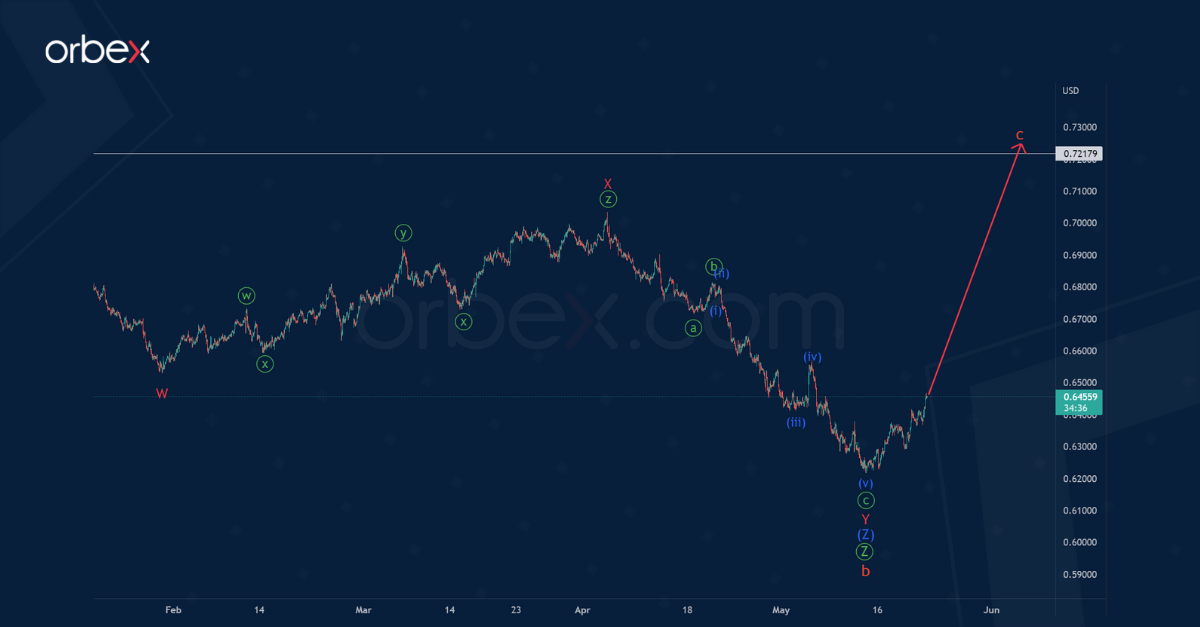 Alternatively, only correction b is expected to come to an end. The final primary wave Ⓩ, which is part of correction b, took the form of a triple zigzag (W)-(X)-(Y)-(X)-(Z) of the intermediate degree.

A price increase and the development of a cycle wave is likely.