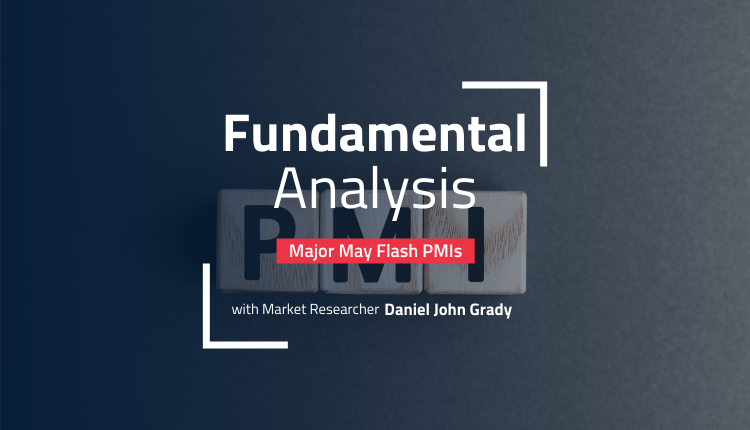 There is one major question troubling economists which could determine where the markets are going. And that is if and how much the economy is being impacted by rising inflation. One of the first places this can be noticed is in PMI figures, since the initial survey happens before the month is over. That can give us some “advance notice” of where inflation might be headed.

If PMIs go up, it generally means that businesses are optimistic, and are seeing less margin compression. That means inflation could be on the wane. If PMIs continue to drop, then it would be a sign that the peak of inflation is not there yet. Worse, it would mean buyers are pulling back from the market, and we could see slowing economic growth. With rates rising and central bankers warning of an impending recession, PMI figures could be the key to the markets this week.

Unlike in Covid when the retail sector was under pressure, now we want to focus more on manufacturing PMIs. Even though manufacturing is usually a smaller component of the economy compared to services, it has tighter margins and that is where improvement in the price situation is likely to be seen first.

The logistics situation has meant uneven distribution of goods, which has pushed up inventory. Basically, this means that some parts and goods are overabundant, while there aren’t enough of others. For example, a car manufacturer might source seats locally, and have a lot in supply. But sources semiconductors from Taiwan, and the ships are snared in the port. Meaning that as production is cut due to lack of semiconductors, the inventory of seats keeps building in anticipation for when production will be able to resume. This increased cost is likely to be felt in the PMI figures as well.

The data points that matter

First to report Flash Markit Manufacturing PMI is Australia, which is expected to remain in expansion but fall back to 58.0 from 58.8 prior. The services sector is also expected to fall back to 55.3 from 56.1. Note that the survey happened right after the RBA surprised analysts by raising rates and opened the possibility of tighter policy going forward.

Next is the French S&P Global Manufacturing PMI, which could set the tone for the Euro, since it’s the first major European country to report. It, too, is expected to decline to 55.1 from 55.7 prior. Still substantially in expansion, but continuing the trend to the downside that has been in place all year.

Fifteen minutes later we can expect a similar pattern out of Germany, but with less of a decline. German May Markit Manufacturing PMI is forecast to slip to 54.0 from 54.3 prior. Similarly, services are expected to slip to 57.2 from 57.6.

Finally, UK S&P Global Manufacturing PMI is expected to decline to 55.1 from 55.8, showing there is little difference in the business climate on either side of the Channel. Services PMI is projected to come in at 57.3 from 58.9 prior. Reminder that we’re waiting for the Sue Grey report any day now, after which the PM is expected to announce a series of measures to help households deal with higher inflation. The BOE expects inflation to continue to rise until June at least.