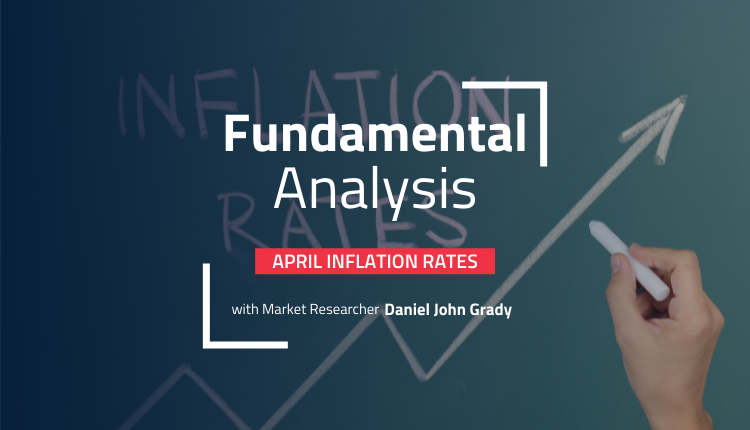 Tomorrow, we get the release of inflation rates from the two largest economies in the world. Both are set to provide differing perspectives on what is ultimately the same problem. Besides the usual focus on the potential impact of monetary policy, commodity currencies are likely to be in focus. Particularly as the cost of raw materials is seen as the underlying driver of interest rates, and the corresponding reaction in the forex markets.

China reports first, and while the CPI change is important, it might not be the most important to the markets given the current circumstances. Traders might be more interested in the PPI figure. Here’s why:

Major economic hubs in China are well into their second month of targeted lockdowns. Lockdowns depress consumer demand, and prices. The rest of the world saw deflationary pressures during the lockdown period, and China isn’t likely to be all that different in this respect. Slower inflation would simply affirm the already expected easing stance of the PBOC and keep the yuan under pressure with its trading partners.

China’s monthly inflation rate is projected to rise at 0.2% compared to 0.0% recorded in March. That is an acceleration, but still remains below target. Annual inflation is forecast at 1.8% up from 1.5% seen in the prior reading.

Which prices are key?

Businesses have been raising prices because their input costs have increased. Raw materials, including commodities, have been increasing in price. One of the measures to see the real impact is through the Producer Price Index, typically understood to measure the cost inflation that businesses are facing.

China’s April PPI is forecast to slow down to 7.7% compared to 8.3% prior. It could be a sign that supply-chain costs are finally starting to ease. Or it could be a reflection of the impact on demand due to rolling shutdowns of factories in China.

Is US inflation peaking?

At least that’s the consensus view. The average of economists forecast annualized US inflation for April to drop to 8.1% from 8.5% prior. If there isn’t a drop, it could disquiet markets, because it’s about time for the actions of the Fed to start cooling down prices. The lower this figure, the less likely the Fed will be as aggressive in its hiking cycle, and it could help support the stock market. Counterintuitively, it could also mean a weaker dollar. At least in the short term, as analysts reevaluate what the Fed could do.

Core inflation rate annualized for April is projected to drop to 6.0% from 6.5%, a stronger move to correction. That is still triple the target, and unlikely to dissuade the Fed from another 50 bps hike at the next meeting. But it could have an effect on the expectation on the number of hikes later this year.