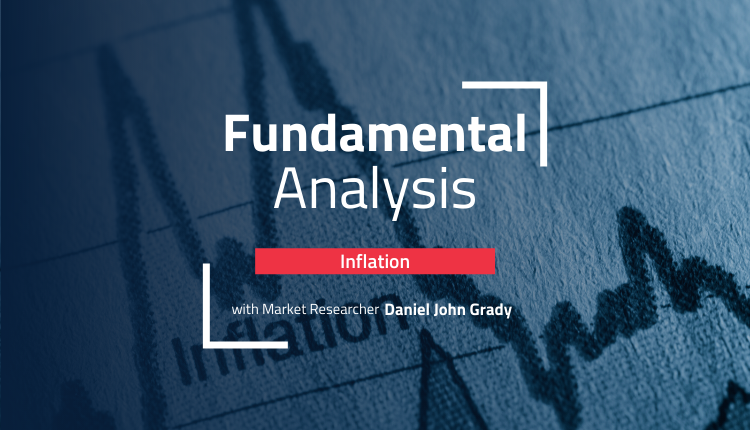 Inflation expectations are what’s driving monetary policy, and the respective reaction in the markets. Depending on what we get in the data, we could see some strong moves in currency pairs. Earlier today cable had a 1% move after jobs data increased bets that the BOE will raise rates by 50 bps at their next meeting.

Starting with the UK

Tomorrow the UK unleashes a barrage of data, but the most important is likely to be the two pieces that are associated with prices. The inflation rate is likely to get the most attention, since it could temper expectations for the BOE. And secondly PPI figures could also get the markets riled up, as it’s seen as an indicator of where inflation could be going.

The initial expectations of the UK government and the BOE was that inflation would continue to rise until June. Tomorrow, we get April data, so a move higher wouldn’t necessarily be out of bounds for current expectations. But a notable acceleration in inflation could add to market worries and reaffirm expectations of a more aggressive move from the BOE at their next meeting.

UK annual inflation is expected to accelerate to 9.1% from 7.0% in March, which would be the fastest rate in decades. But regulators typically pay more attention to core annual inflation, which is projected to accelerate to 6.2% from 5.7% prior. Even more concerning is that there isn’t much expectation of a slowdown, as the monthly change in headline CPI is projected to come in at 2.6% v 1.1% prior.

There might be some relief in the Producer Prices Index, with monthly output expected to drop to 1% from 2% prior. Still, the yearly figure is projected at 12.5% compared to 11.9% suggesting there is still a substantial amount of price increases that need to be filtered through the economy.

After already having German CPI, the full figure for the EU is only likely to move the markets substantially if it’s significantly out of line with expectations. We should remember that the market is already pricing in a rate hike from the ECB in July, so faster growth in inflation would only affirm that view.

EU April Inflation rate is projected to come in at 7.5% compared to 7.4% in the prior reading. Core inflation is projected to accelerate to 3.5% from 2.9% and could put more pressure on the ECB.

The Euro has been under pressure lately because the ECB has been reluctant to tighten policy despite higher inflation. Their main trade partners, the US and the UK, had already started tightening when inflation was at comparable levels. In contrast with the US, which is expected to have 6 more rate hikes this year, analysts are pricing in only 3 for Europe.

If inflation keeps rising and authorities continue to show reluctance to address it, the Euro could continue to be under pressure as the BOE and Fed continue to raise rates.

Have you checked out the spreads on our major FX pairs? Open your account now!