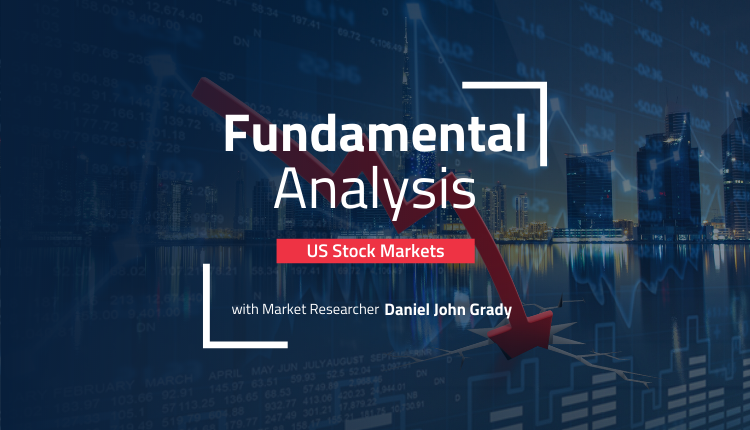 Usually, the White House is the economic cheerleader for the nation. But over the weekend, economic adviser Brian Deese was on CNN, and refused to rule out that a recession was coming. “There are always risks,” he said, stating the obvious in order to not commit to a response. That hardly sent shockwaves through the markets, but it suggests that even officials are facing a difficult outlook for the economy. But here’s the trick: That doesn’t mean it’s bad for the stock market.

The end of dollar strength?

The first thing we need to address is that since about the middle of the month, the dollar index has been going down. This is a reversal of fortunes for the greenback, which had been rising against its peers since the start of the recovery. This really wasn’t a reflection of the economic situation so much as the expected interest rate trajectory, particularly of US trade partners.

The index price is determined by a basket of currencies, with the Euro being the largest component. Until recently, the ECB was sticking to a policy of negative rates, while the Fed was on its most aggressive rate hike trajectory since the ’80s. But more and more ECB members have come out calling for raising rates to stop rising prices across Europe. Even Lagarde came out with a blog post effectively foreshadowing a 50 basis point hike at the next meeting.

So, with the BOE hiking and the ECB joining in potentially at the next meeting, the interest rate spread is expected to start closing. In turn, that would mean less demand for the greenback. But, on top of that, there are increasing doubts that the Fed will follow through on its rate hike policy through the rest of the year.

That’s what’s relevant for the stock market. Stocks have been falling as the cost of borrowing money to invest in the stock market increases. Higher valuation stocks are the most affected, since they offer the lowest return on investment. Hence, the Nasdaq was the first to enter into a bear market, because it has the higher-valuation tech stocks. As long as the Fed is expected to keep tightening, downward pressure on the stock market is expected. Which corresponds with a stronger dollar. So, the drop in the dollar could be relevant.

When can we expect a turn around?

US stocks rose at the fastest pace in history over the last two years. The drawback through the start of the year hasn’t reached the level where stocks would have been if they continued to grow at their pre-pandemic pace. Furthermore, stock markets like to “fill the gap”. That is, return to the prior peak before bounding forward. And we’re still well above the last peak. Suggesting there is still some further room for the stock market to drop.

The key issue is that tighter policy weighs on economic growth. Just yesterday the manufacturing survey of the Richmond Fed showed the first negative result since the pandemic. New orders fell into negative. The combination of higher borrowing costs, and higher supply costs could push the economy back into negative growth for a second time in a row. Then the Fed would be expected to change direction, and that could finally give the stock market the support it needs. However, that is likely still months away.