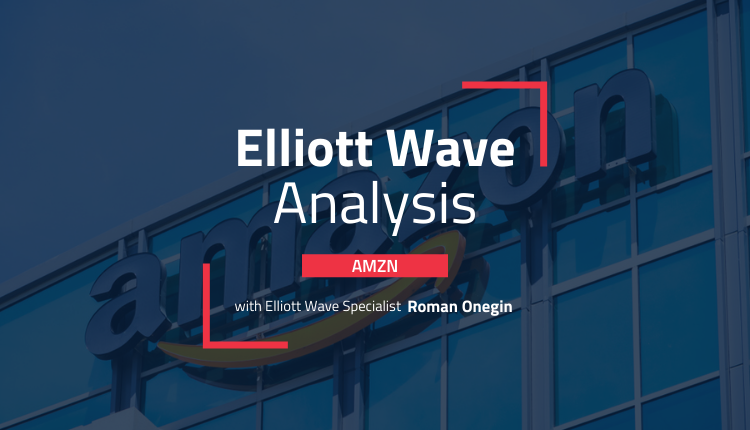 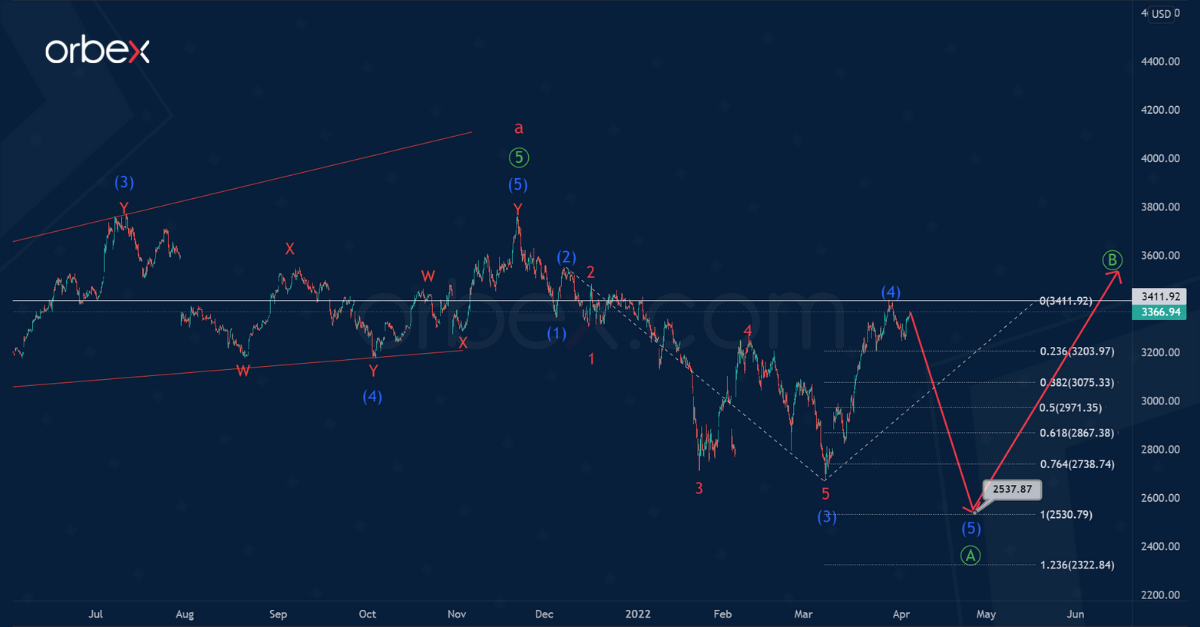 The current AMZN structure suggests the construction of a simple zigzag consisting of sub-waves a-b-c of the cycle degree.

The first major wave a, which includes primary sub-waves ①-②-③-④-⑤, has ended. In the last section of the chart, there is a decrease in the price, which could indicate the beginning of the construction of a bearish correction b. This correction could take the standard zigzag shape Ⓐ-Ⓑ-Ⓒ.

In the near future, there could be a decrease in the final intermediate wave (5), which can end the primary impulse wave Ⓐ near 2537.87. At that level, wave (5) will be equal to the previous impulse (3).

After the primary impulse wave Ⓐ ends, the stock price will begin to rise in correction Ⓑ, as shown on the chart. 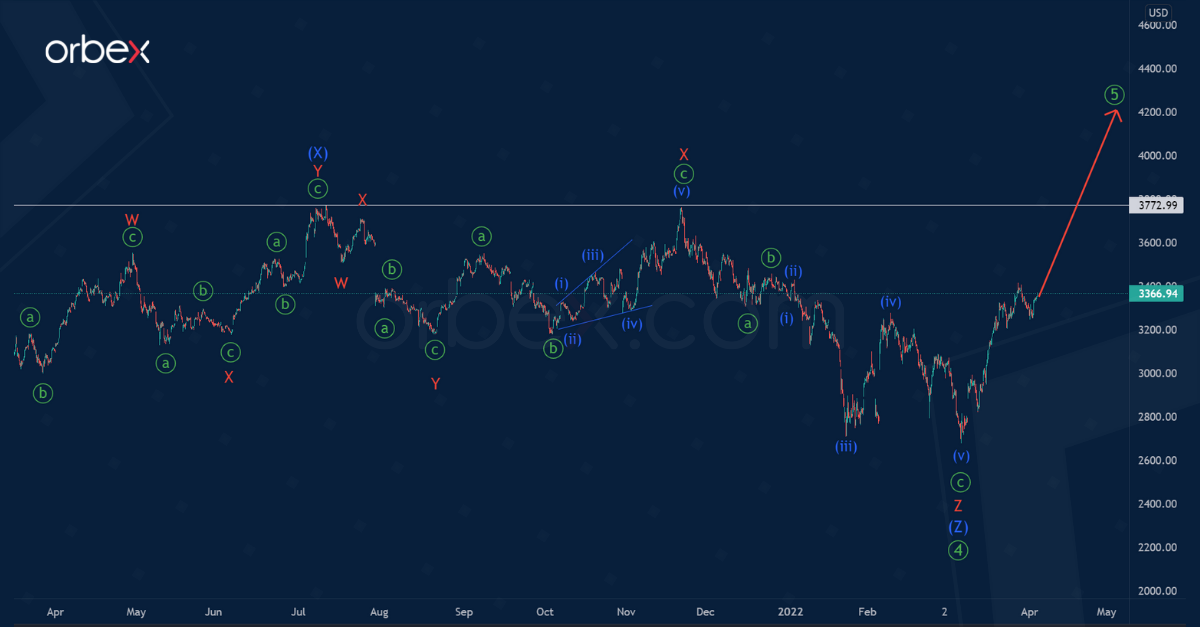 Alternatively, the cycle impulse wave a could still be in the formation stage. Perhaps the construction of the primary correction ④ has recently ended.

On the current chart, we see the final part of this correction. It took the form of an intermediate triple (W)-(X)-(Y)-(X)-(Z) zigzag.

The market will start moving upwards within the final wave ⑤ of the primary degree.

Most likely, prices will rise in price significantly above the high of 3772.99. This is marked by the minor intervening wave X.

What to Look Out For in the Fed Minutes