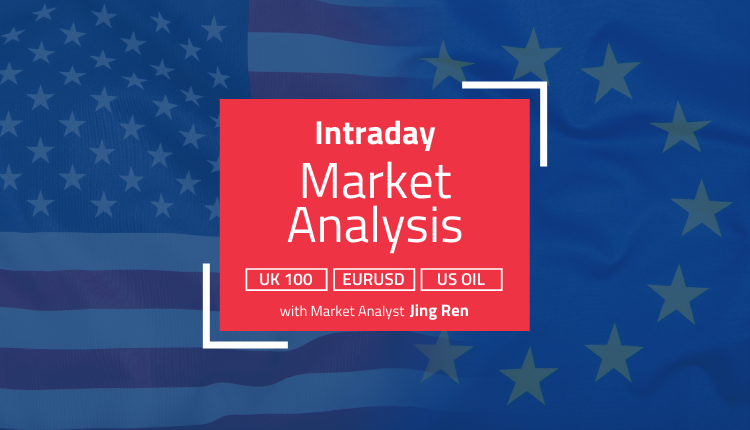 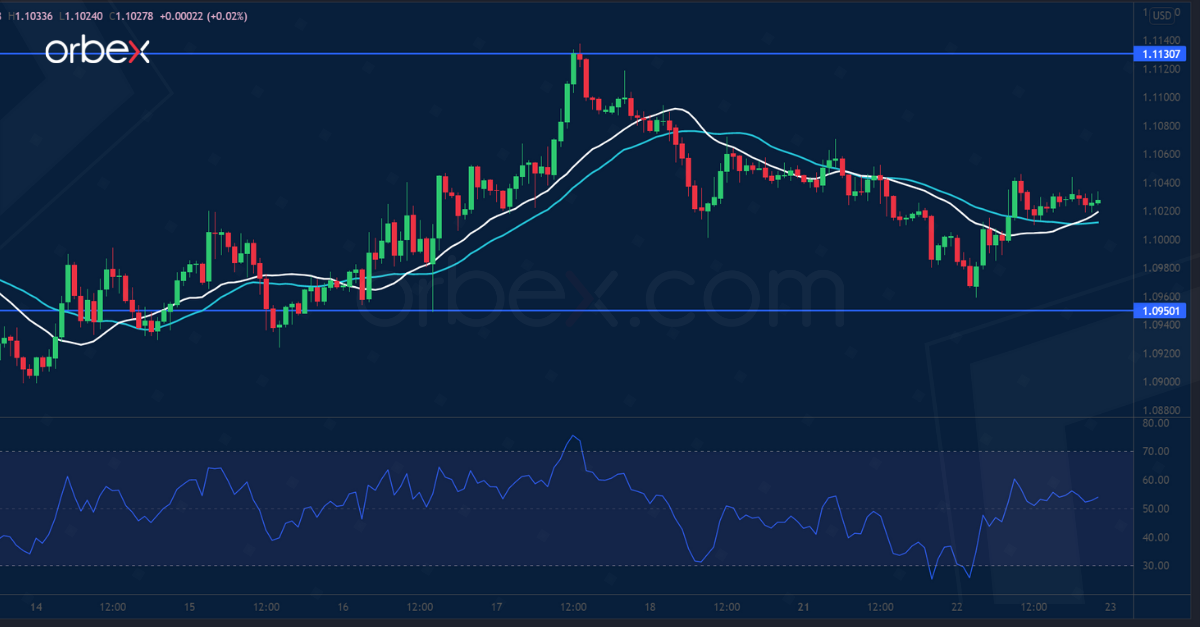 The euro bounced after ECB Vice President dismissed the possibility of stagflation. A tentative break above the supply zone around 1.1130 has prompted sellers to cover their bets, easing the downward pressure.

The pair found support over 1.0950 at the base of the latest breakout. The RSI’s oversold conditions helped attract some buying interest.

The bulls need to lift offers at the said resistance which coincides with the 30-day moving average. In doing so, the euro could enjoy an extended rebound towards 1.1270. 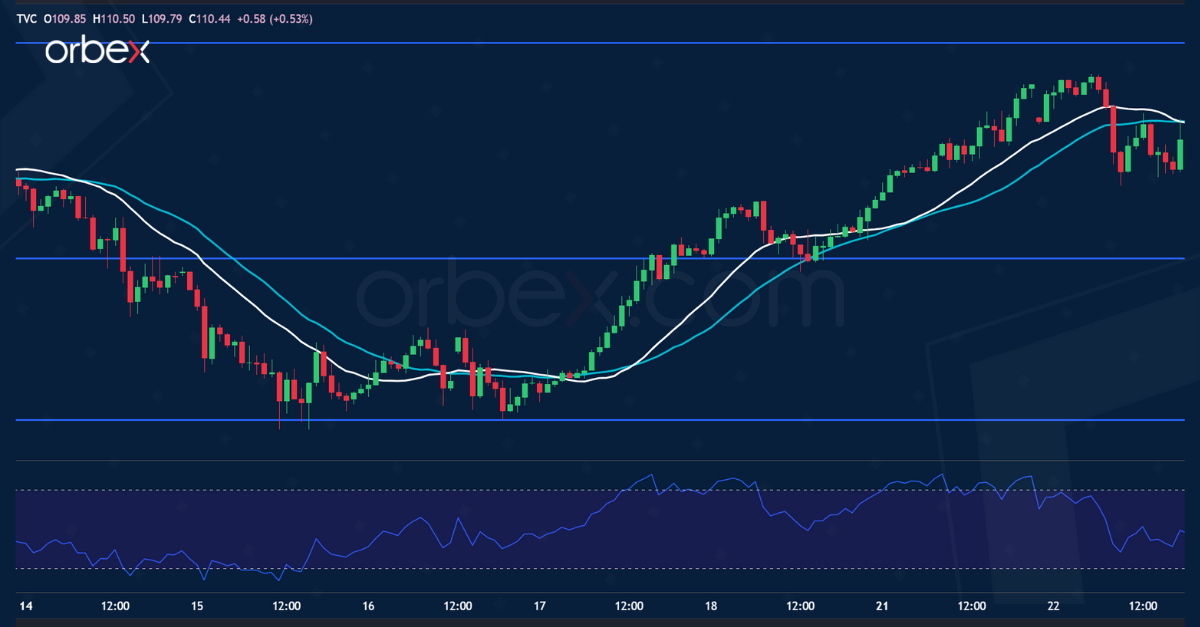 The oil price met solid bids at the origin of the March rally (94.00) and a following rebound above 110.00 suggests that the bulls are still in control. 115.00 is the next hurdle and a breakout could fuel a rally back to the peak at 129.00.

In the meantime, the RSI’s double top in the overbought area led to a fallback. 103.00 is a fresh support then 94.00 a critical floor to maintain the optimism. 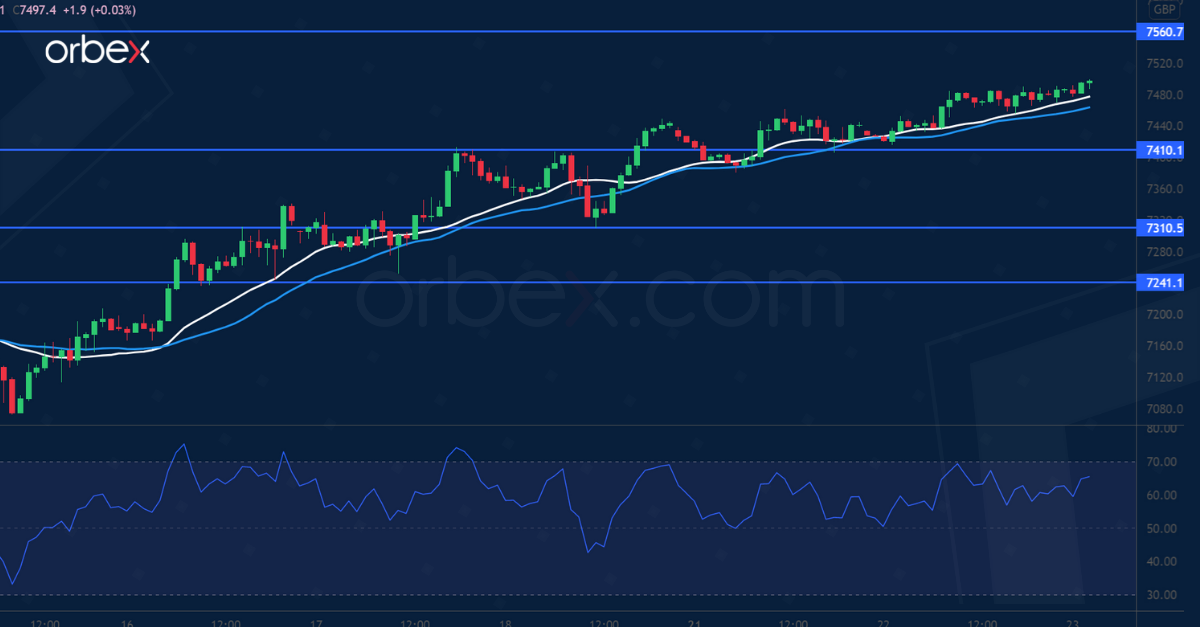 The FTSE 100 edged higher supported by commodity shares. A rally above the origin of the March sell-off at 7450 may have put the index back on track. Trend followers could be coming back as the mood improves.

The daily resistance at 7560 is a major roadblock. Its breach could mark a turning point and resume the uptrend in the medium-term.

A repeatedly overbought RSI and reduced volatility may cause a limited retracement to let the bulls consolidate their gains. 7410 would be the closest support should this happen.