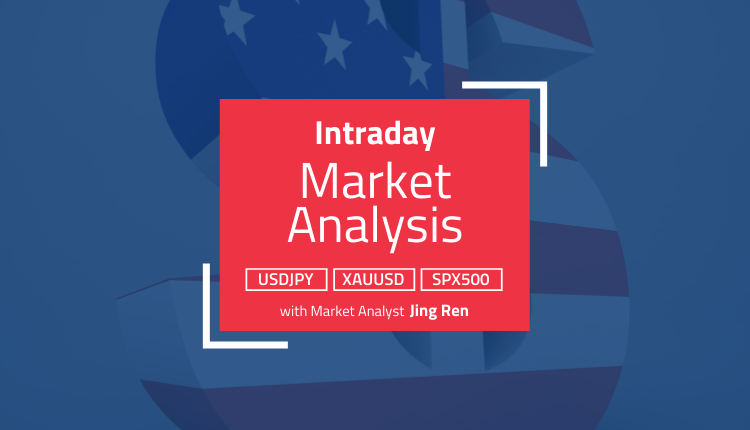 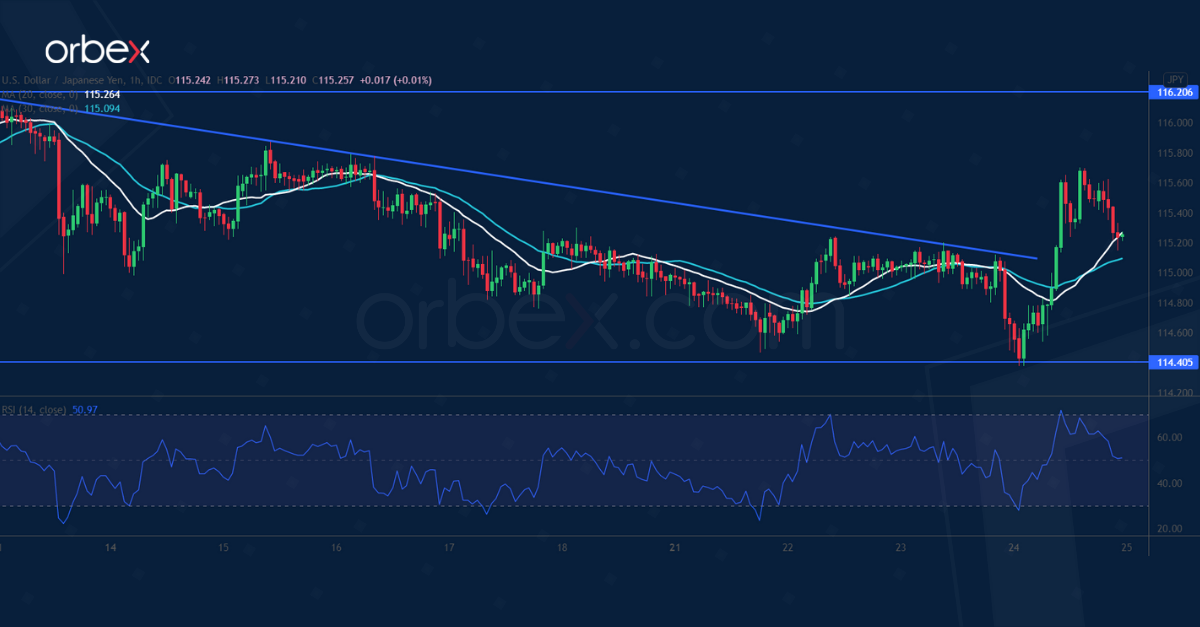 The US dollar jumps as traders seek safe haven assets over the Russia-Ukraine conflict.

The pair struggled for bids after it turned away from the double top (116.20) and has been grinding down a falling trend line. However, the daily support at 114.40 has proved to be a solid demand area by keeping February’s rebound intact.

Strong momentum above the trend line and 115.20 forced sellers out of the game and would attract more purchasing power. A close above 116.20 would extend the rally towards 117.00. 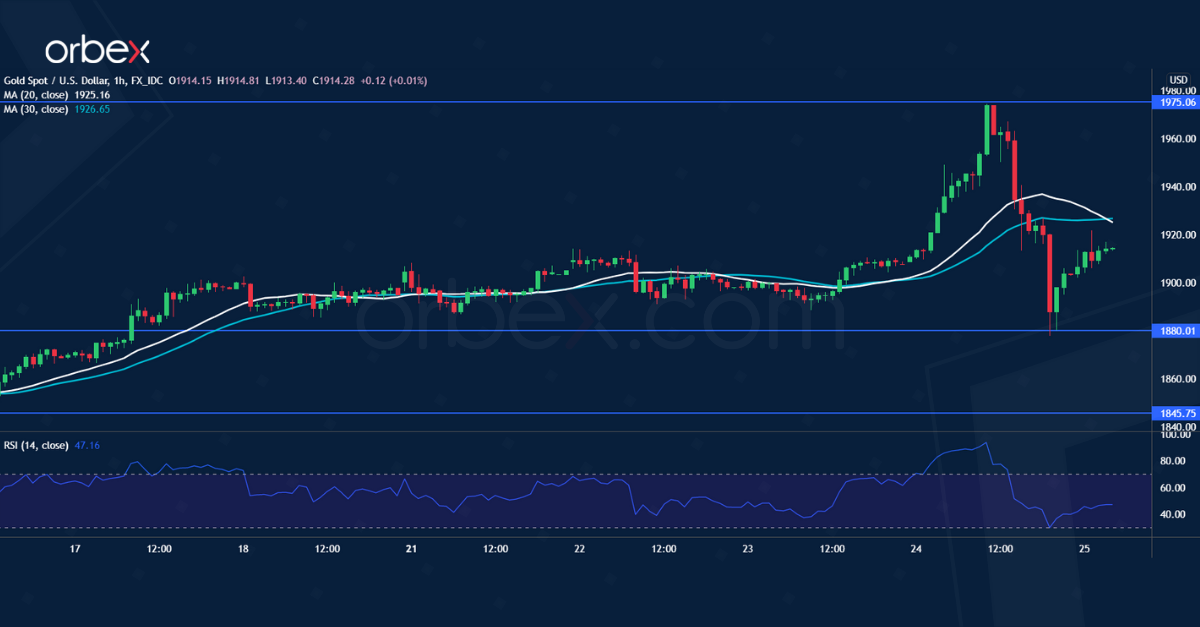 Gold whipsawed as markets await the Western response to the invasion of Ukraine. The rally accelerated after it broke above last June’s high at 1912.

Momentum trading pushed the price to September 2020’s highs (1975) before reversing its course. 1880 is a fresh support after intraday buyers took profit.

As sentiment shifts to the bullish side, the current pullback combined with a depressed RSI could trigger a bargain-hunting behavior. Renewed buying frenzy may send the metal to the psychological level of 2000. 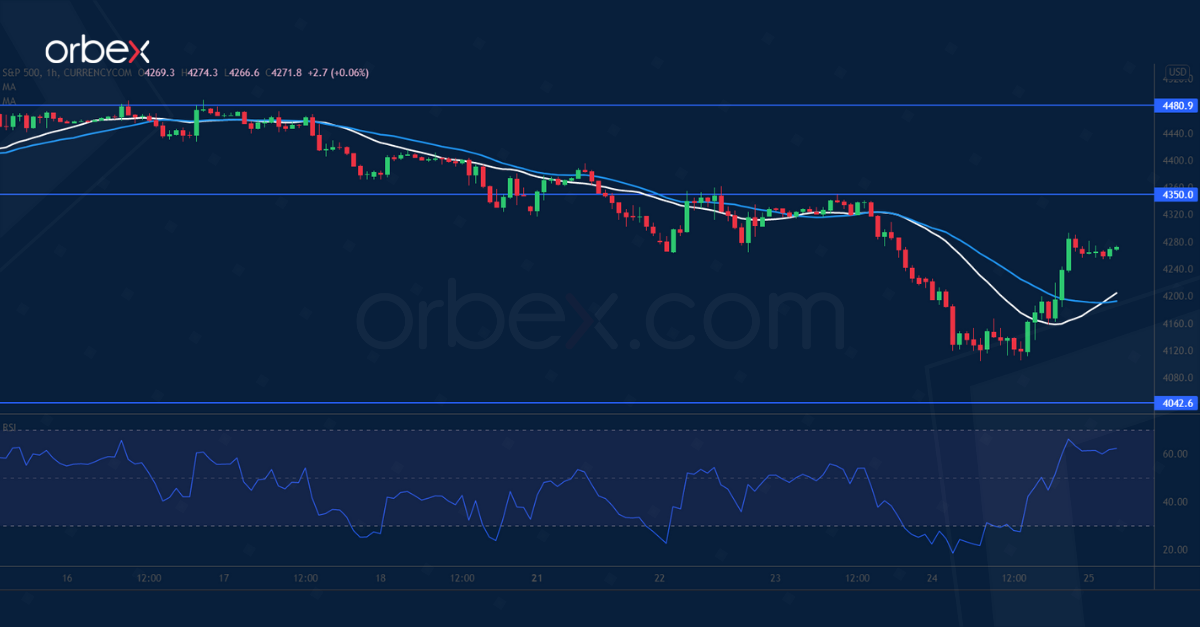 The S&P 500 weakens as investors fear spillover from the conflict in Ukraine. A break below the daily support at 4280 further put the bulls on the defensive.

Last May’s lows, near 4040, are the next target as liquidation continues. The index may have entered the bear market as the sell-off could speed up in the coming weeks.

On the daily chart, the RSI’s double-dip in the oversold area may offer a temporary relief. 4350 is the first hurdle ahead and the bears may look to fade any rebound amid soured sentiment.