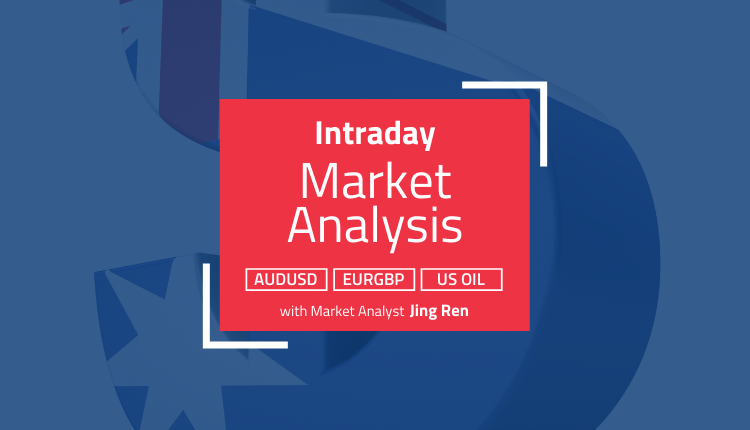 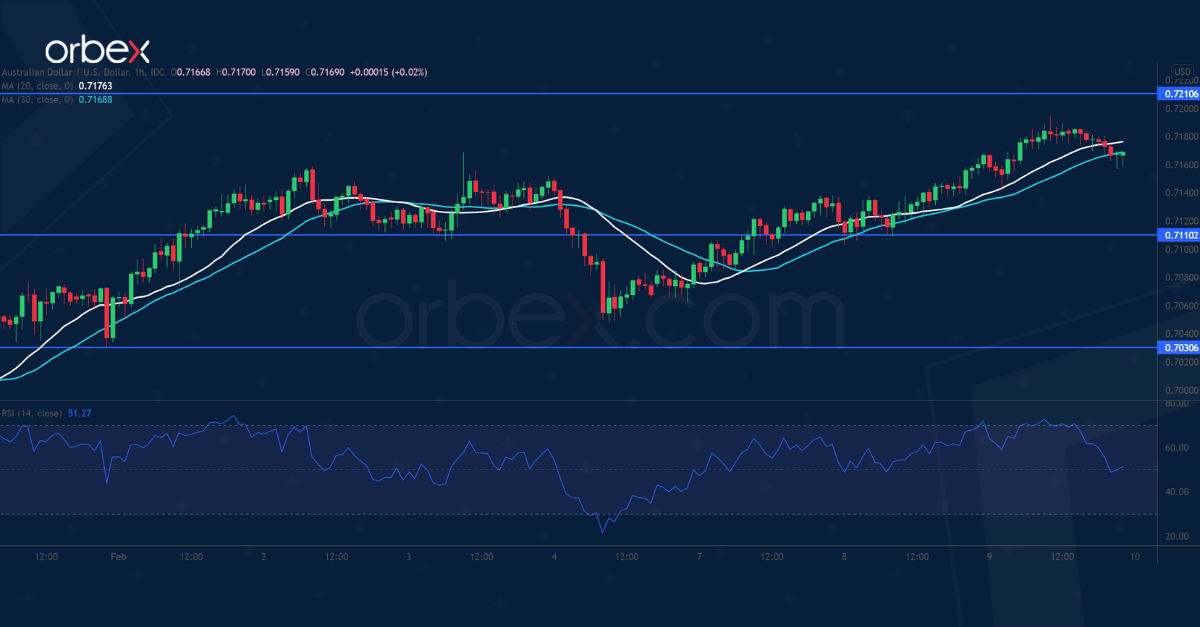 The Australian dollar climbs as traders wager on a hawkish shift from the Reserve Bank of Australia.

On the daily chart, a break above the 30-day moving average suggests improved sentiment in the short term. The pair extended its gains after it broke the supply area around 0.7170.

As sellers scramble to cover their bets, driving up bids, the rally is heading to the next resistance at 0.7210. The RSI’s overbought situation may cause a temporary pullback with 0.7110 as the first support. 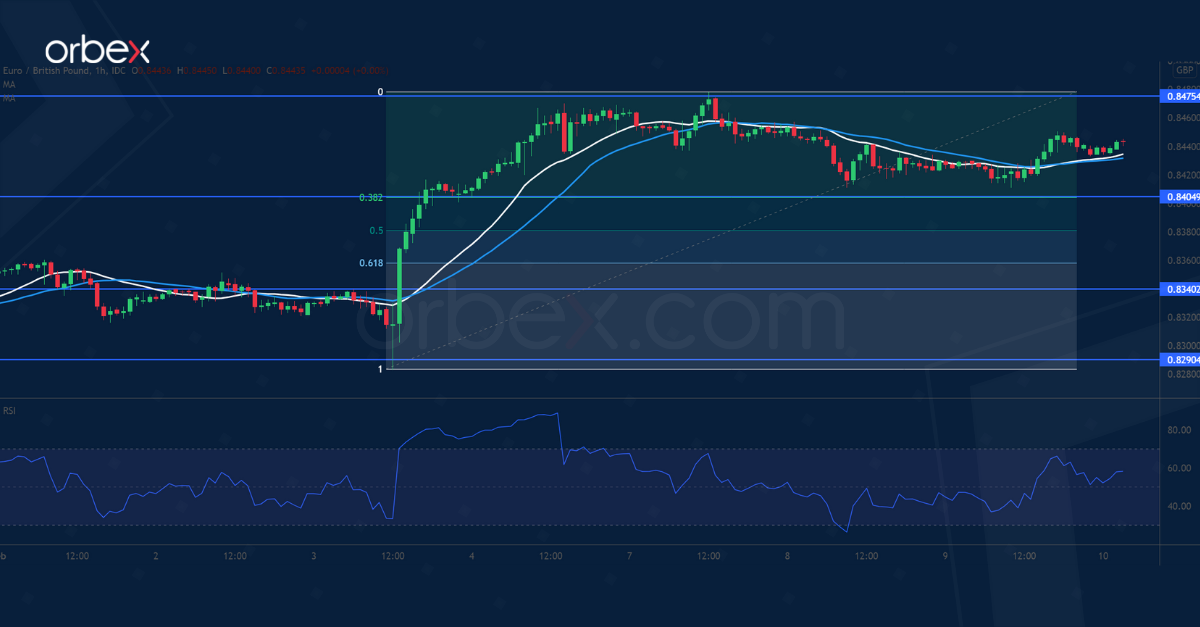 The euro consolidates gains amid mixed messages from the ECB.

The pair found support at February 2020’s low at 0.8290, and a bullish MA cross on the daily chart suggests a potential turnaround. A break above the daily resistance at 0.8405 has put the single currency back on track.

An overbought RSI led momentum traders to take profit. The current pullback is testing the 38.2% Fibonacci retracement level (0.8405) which used to be a resistance. 0.8475 is the main hurdle for the reversal to gain traction. 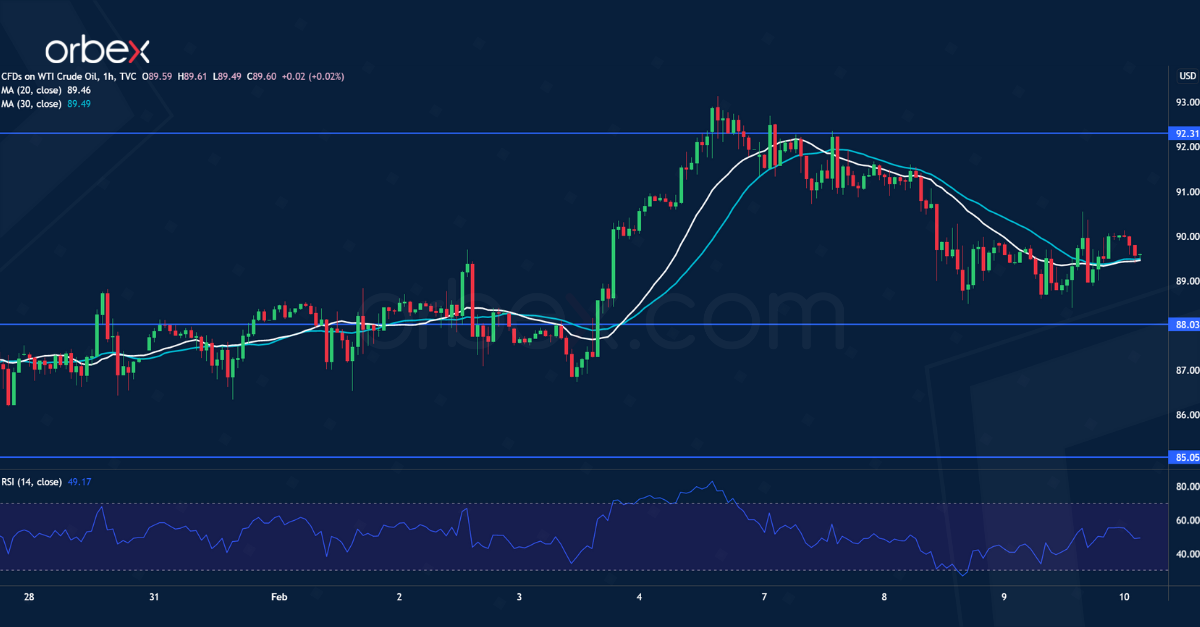 WTI crude bounces higher after the EIA reported a sharp drop in US inventories.

Price action is looking to consolidate its gains above the psychological level of 90.00. Sentiment remains upbeat though the bulls need to take a breather after the latest vertical ascent.

88.00 on the 20-day moving average is the immediate support. An oversold RSI may attract buying interest. A deeper retracement would test 85.00. A recovery above 92.30 could trigger momentum buying once again and resume the rally towards 95.00.