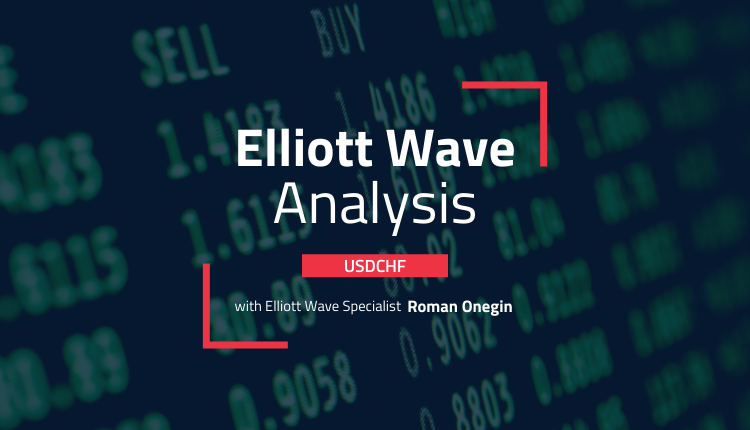 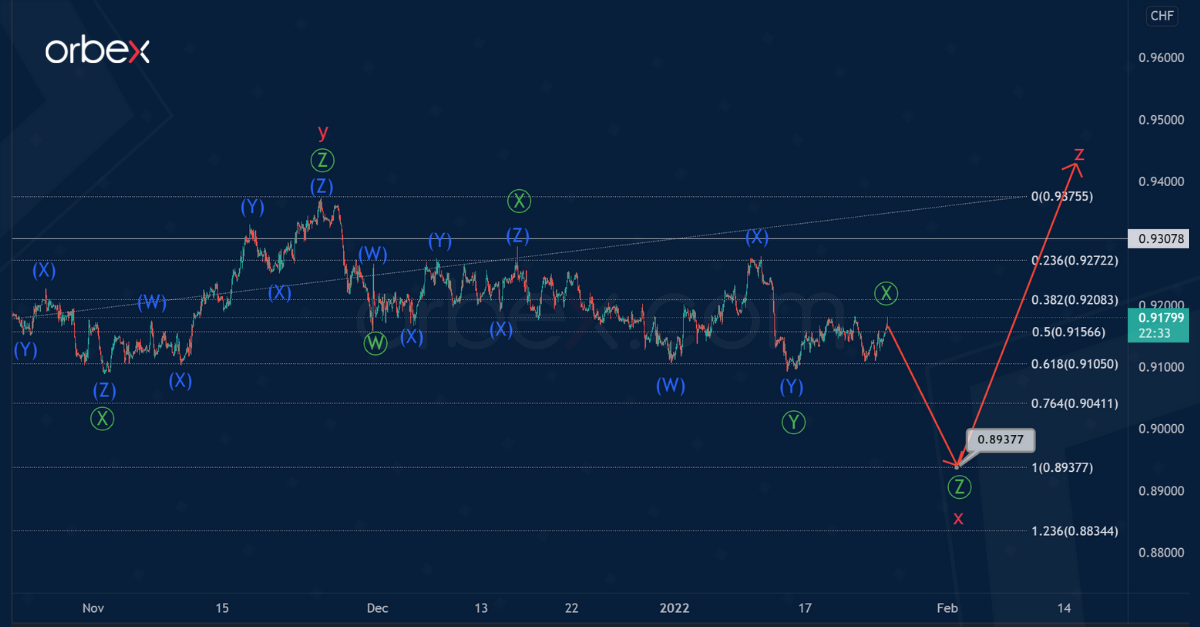 The current USDCHF formation indicates that at the end of November, the market completed the actionary wave y of the cycle degree, followed by a cycle intervening wave x.

Judging by the internal structure, the cycle intervening wave x can take the form of a primary triple zigzag Ⓦ-Ⓧ-Ⓨ-Ⓧ-Ⓩ. The sub-waves Ⓦ-Ⓧ-Ⓨ-Ⓧ already look completed. In the near future, the market will decline in the final wave Ⓩ.

After the end of wave x, the bulls can update the previous high of 0.937. The intervening wave y marked this level. 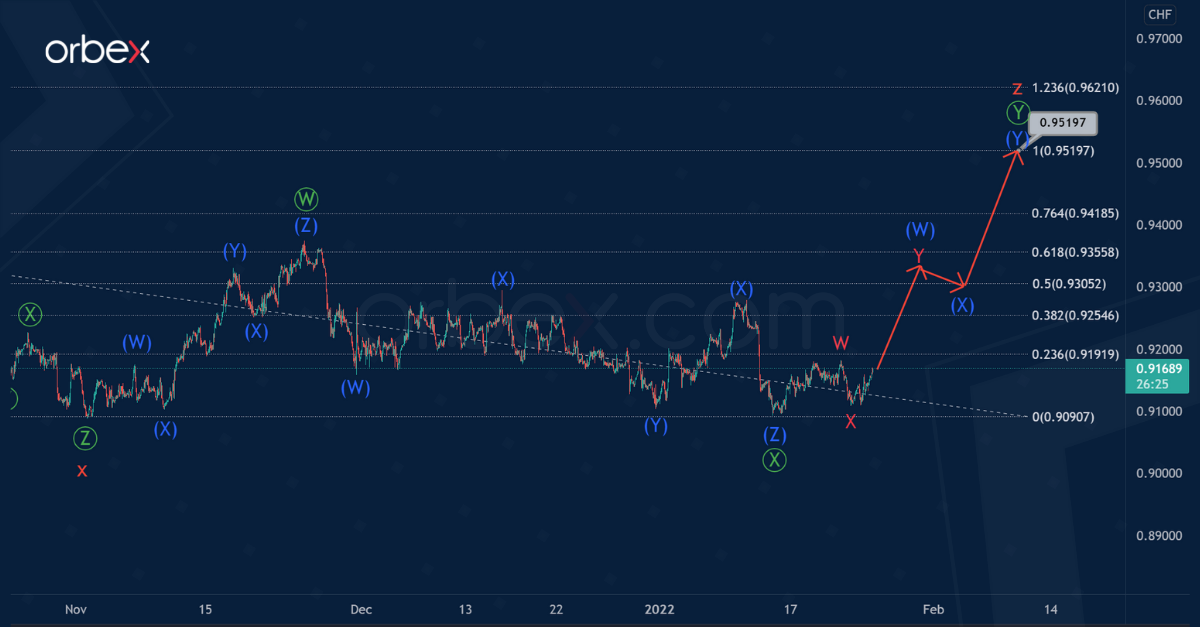 An alternative scenario hints at a price increase. According to this scenario, the formation of the cycle intervening wave x is done. In fact, it has the form of a triple zigzag of the primary degree.

After the end of the reactionary intervening wave x, we saw the price rise and the development of the cycle wave z. Perhaps this wave takes the form of a primary double zigzag Ⓦ-Ⓧ-Ⓨ.

In addition, it seems that an intermediate triple zigzag was completed within the wave Ⓦ and the intervening wave Ⓧ. This took the form of a triple zigzag (W)-(X)-(Y)-(X)-(Z).

Soon, the exchange rate may rise in an intermediate double zigzag (W)-(X)-(Y) to the level of 0.951, where cycle waves z and y will be equal.