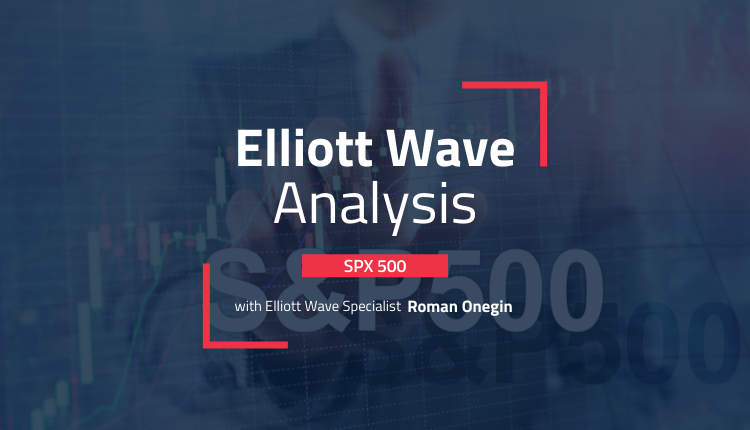 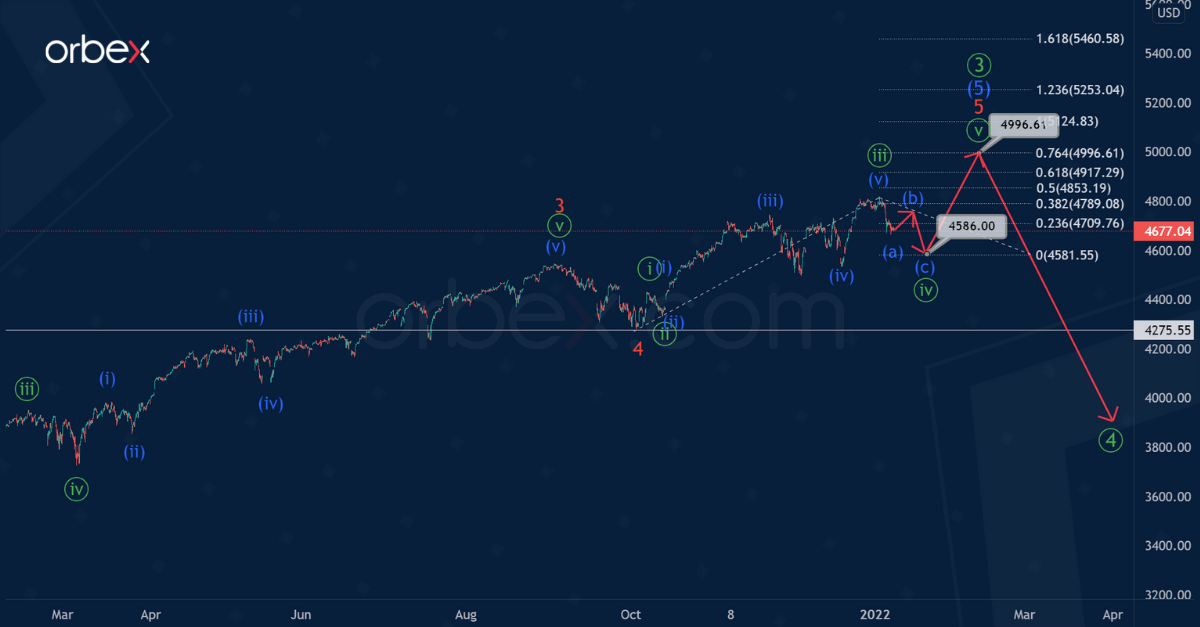 The SPX500 index shows the formation of a large impulse trend, which consists of primary sub-waves.

At the time of writing, the primary wave is under development. It is a bullish impulse marked by intermediate sub-waves (1)-(2)-(3)-(4)-(5). This pattern could finish soon.

Not so long ago, the price moved in the minor wave 4, then the bulls took the initiative and led the market up in wave 5. We can assume that wave 5 will take the form of a minute impulse.

In the short term, there could be a fall in the minute fourth correction to the level of 4586.00. This will be at 50% along the Fibonacci lines of the minute third impulse.

After the completion of this correction, the price could jump again in the final minute wave ⓥ to the 4996.61 area. At that level, it will be at 76.4% of minute third impulse. 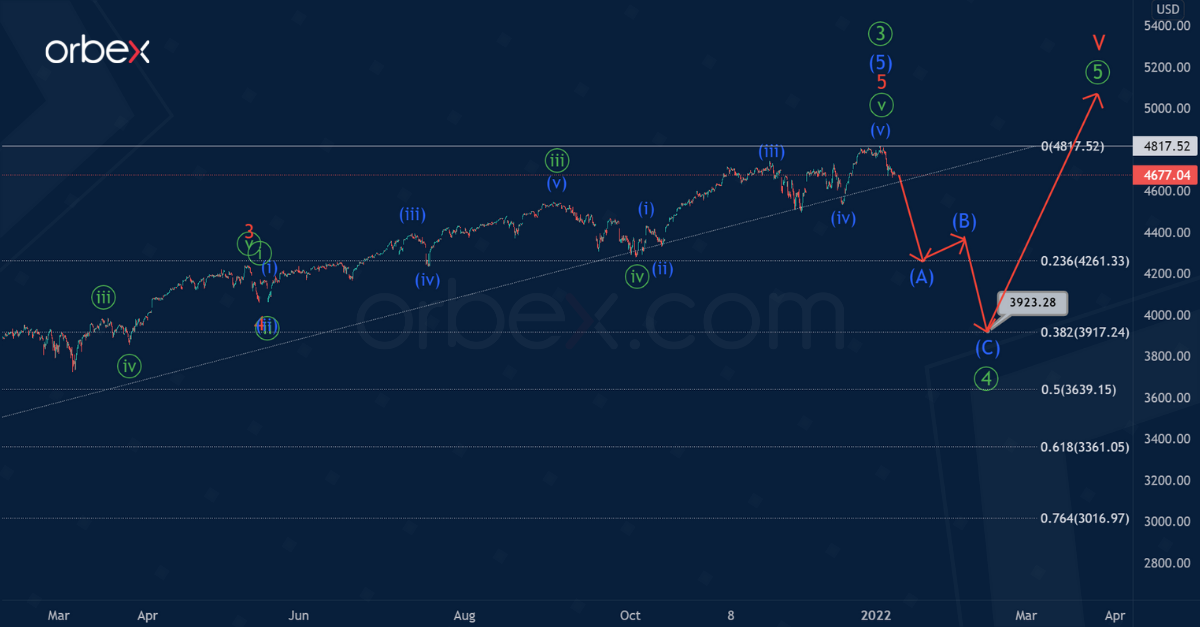 Alternatively, the construction of the impulse wave ③ is already complete. The market peaked at 4817.52, then the price pushed off from that level, and the decline began.

In the last section of the chart we see the initial part of the intermediate (A)-(B)-(C) zigzag, which forms the primary correction ④.

Most likely, the index will fall in correction to the level of 3923.28, since at that level, wave ④ will be at 38.2% of impulse ③. After reaching this level, the development of the primary fifth wave is likely. This is in turn, will update the maximum of 4817.52.