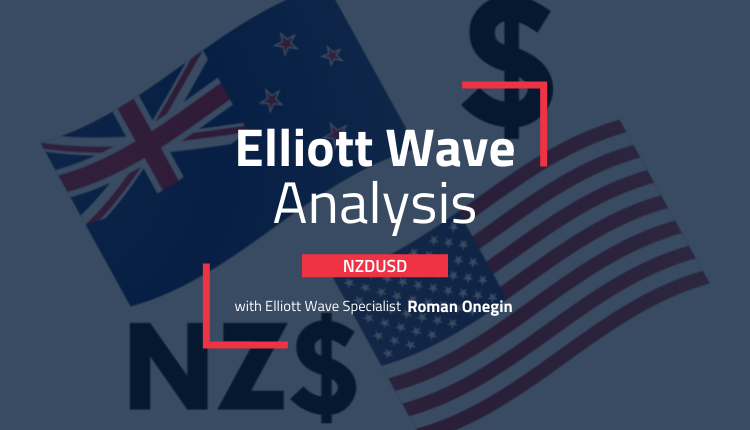 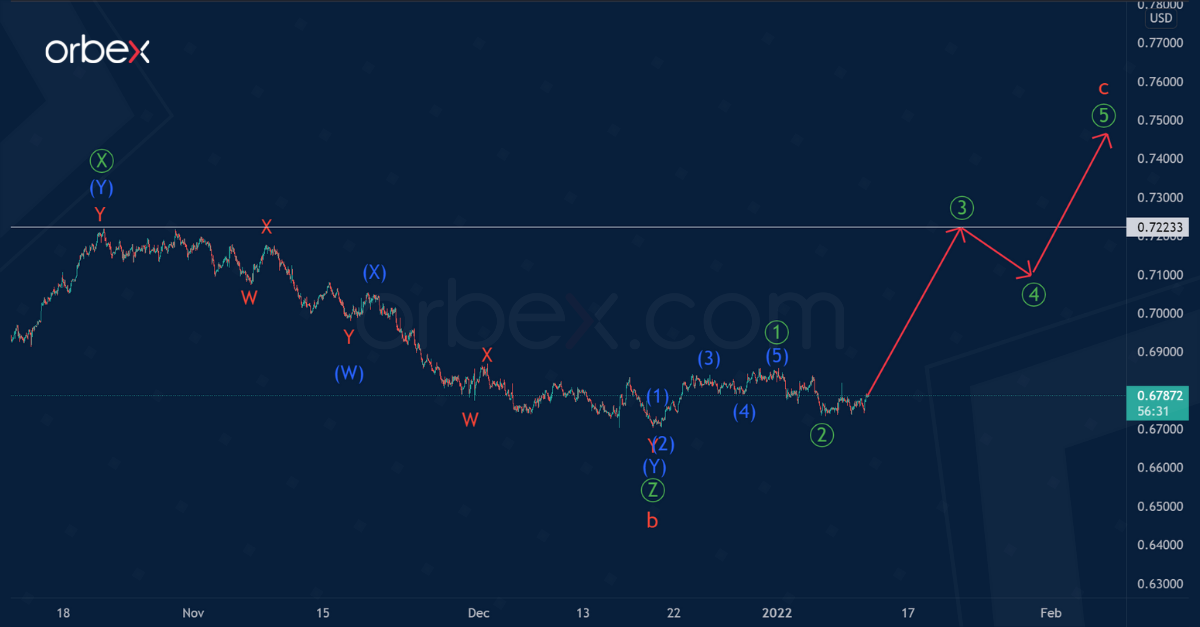 In the long term, the formation of the NZDUSD currency pair hints at a cycle zigzag pattern, which consists of three main sub-waves a-b-c.

On the current chart, we see the second half of a major correction wave b of the cycle degree. It seems to be complete, taking the form of a primary triple zigzag Ⓦ-Ⓧ-Ⓨ-Ⓧ-Ⓩ.

After the completion of the correction pattern, the market turned around, and we saw the development of the initial part of the cycle wave c. This wave is likely to take the form of a simple 5-wave impulse, as shown in the chart, consisting of five primary sub-waves ①-②-③-④-⑤.

The first two primary sub-waves ①-② have ended. The end of wave ③ could be at the previous maximum of 0.722. 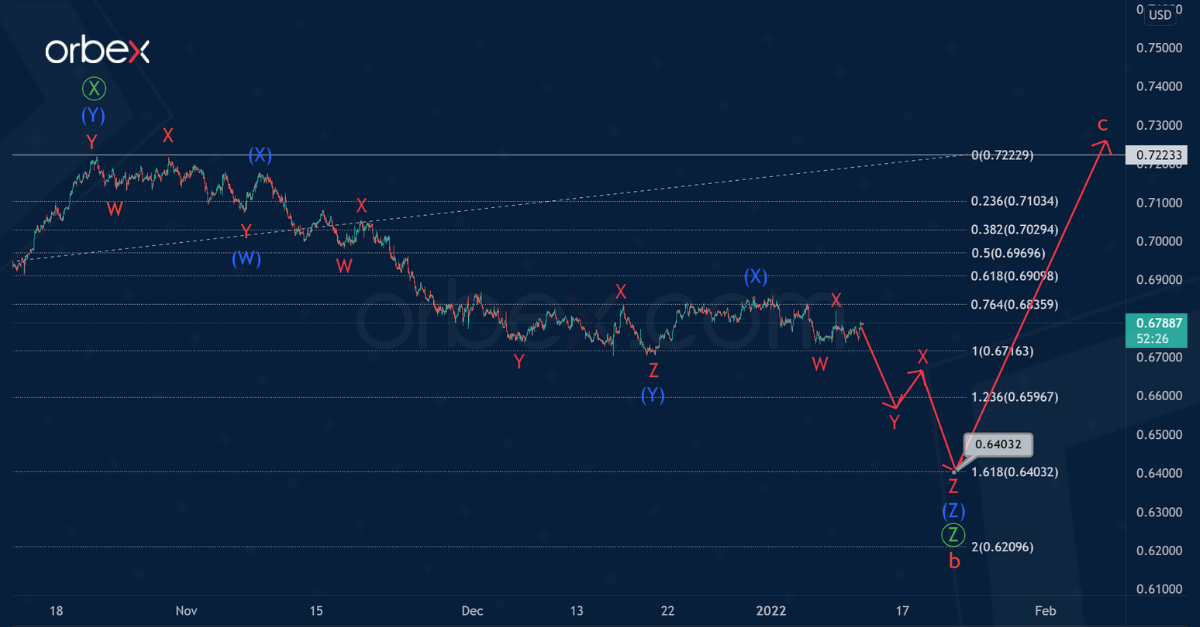 Alternatively, the formation of wave b of the cycle degree can continue. Therefore, the primary wave Ⓩ could be a triple (W)-(X)-(Y)-(X)-(Z) zigzag of the intermediate degree.

The first four parts of the intermediate pattern have visibly ended. Then the price could begin to decline in the final intermediate wave (Z).

Wave (Z) could take the form of a minor triple zigzag W-X-Y-X-Z.

The fall of the exchange rate in the alternative could reach the level of 0.640. At that level, primary wave Ⓩ will be at 161.8% of primary wave Ⓨ.