Global Services PMI Day: Are We Over the Virus? 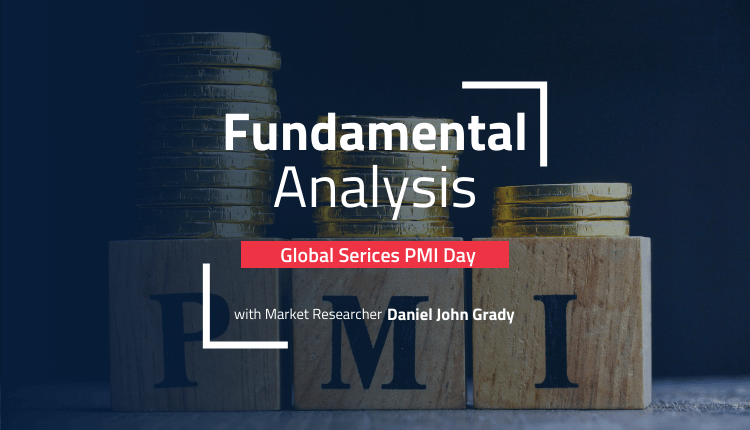 Now with the omicron variant, the number of global covid cases has spiked to double the amount they were this time last year. Hospitalizations and deaths, however, have not followed suit.

The different approach to dealing with the pandemic this winter will have different consequences for the economy. In particular, the market is likely to focus mostly on the impact on the services sector.

Throughout last month, different countries announced increased measures to deal with the spiking covid cases. None of those measures were as harsh on retail as the measures taken last year.

However, it’s likely to have affected the business outlook. So, services PMI might be more important for the markets this time around than the manufacturing component.

Generally, the market reacts to the first country’s report and Germany’s PMI. By the time the whole eurozone PMI is released, the market has an overview of what it’s going to happen after already seeing all the individual countries’ data.

First to report tomorrow is Spain. The expectation for the results is to remain broadly in expansion, with a December Services PMI of 57.5 compared to 59.8.

However, things are more concerning in Germany. Specifically, analysts expect the data to report a move into contraction with December Services PMI at 48.4. This is substantially lower than the previous recording of 52.7.

With analysts already anticipating a bad result, the risk of a move is likely to be to the upside. If the results miss, it will be more in line with the expectation that the services industry has been impacted. But a beat is more likely to come as a surprise, and we could get a surge in optimism in response.

That said, it’s unlikely that the situation in the US is the same. That’s because the restrictions due to the new variant surge were not as strict as the ones announced in Europe. There is an expectation that the services sector will be a little less optimistic. But that’s expected as retailers turn their attention to the post-holiday sales period.

US December Market Services PMI could modestly diminish to 57.5 from 58.0 in November. That is still substantially in expansion, if a little less optimistic. And it’s still maintaining the trend from the last quarter.

Finally, Australia is in a similar situation to the US. Economists predict that the December Market Services PMI will slip slightly to 55.1 from 55.7 previously. However, the survey was conducted a little earlier in the month this time due to the holidays. And it likely missed a lot of the recent government announcements in terms of covid response. Therefore, the market might be more willing to dismiss a drop in the figure and focus on more recent events.