XAGUSD: After a Slight Drop, Silver Prices May Rise 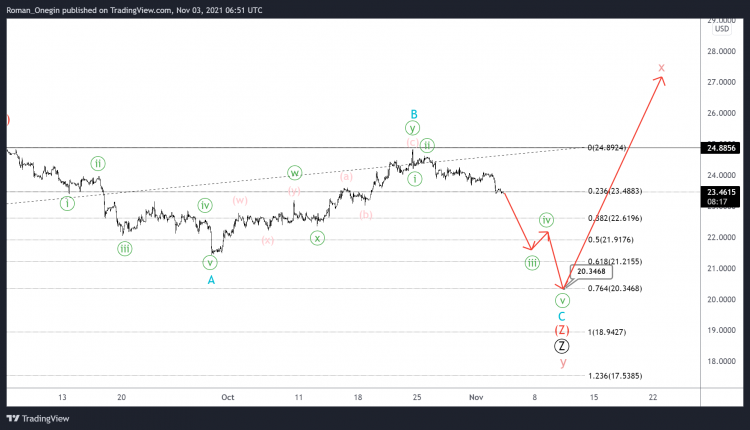 The current XAGUSD structure suggests the development of a correction, which takes the form of a cycle triple w-x-y-x-z zigzag.

At the moment, the actionary wave y is under development, which takes the form of a bearish triple zigzag of the intermediate degree. The chart shows the final part of the specified pattern. We see an intermediate wave (Z) consisting of minor sub-waves A-B-C.

It is possible that in the near future the price will move in a minute impulse, as shown on the chart, and will complete the minor wave C near 20.34. At that level, intermediate wave (Z) will be at the 76.4% Fibonacci extension of wave (Y). 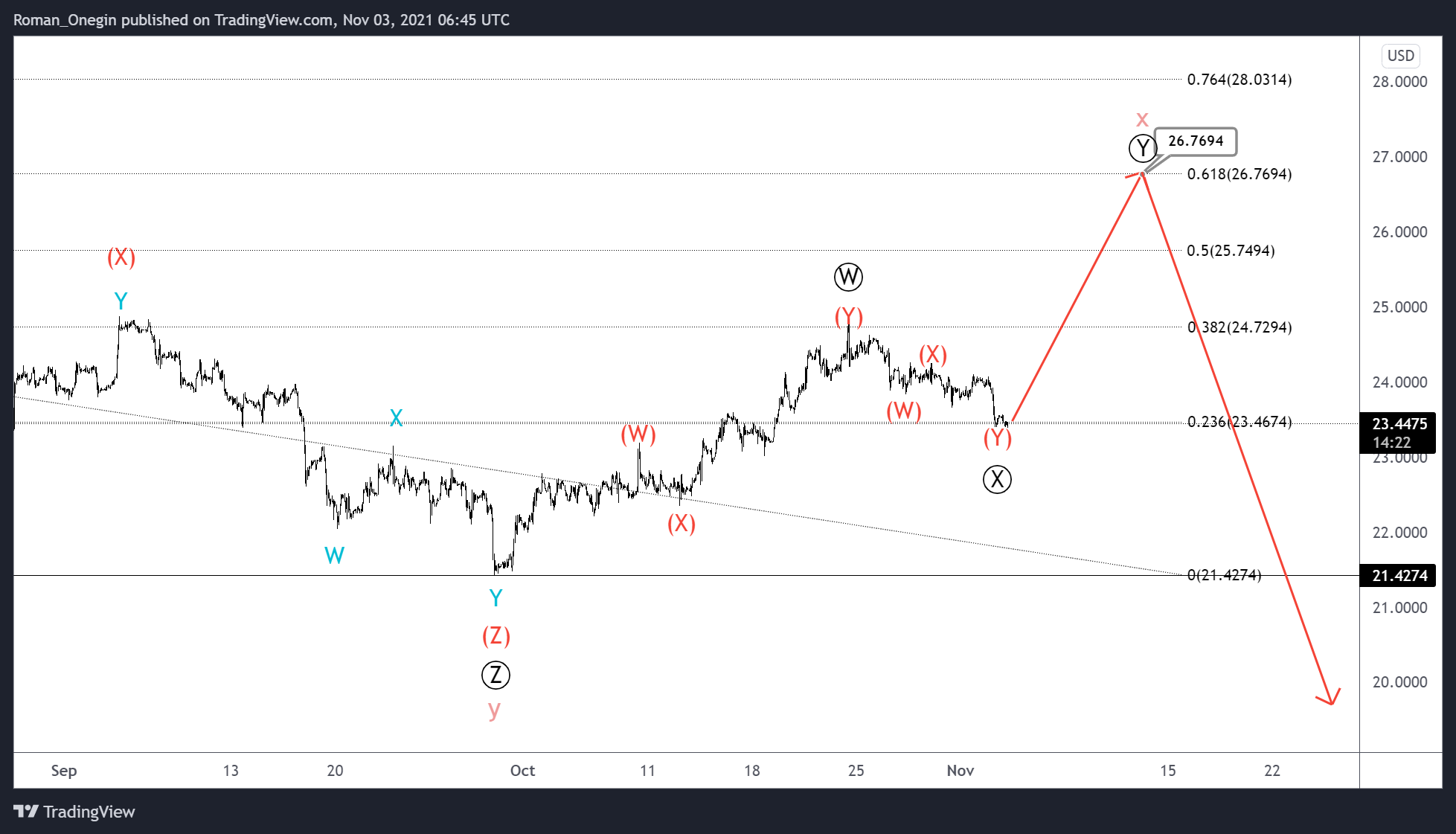 According to an alternative, the cycle wave y ended at the end of September, then the price began to rise within the bullish intervening wave x.

Thus, it is currently possible for the price to rise in the primary wave Ⓨ towards the 26.76 area. At that level, wave x will be at 61.8% of wave y.

After reaching this price point, silver prices could fall below the level of 21.42.

What Are the Real Chances the BOE Raises Rates?