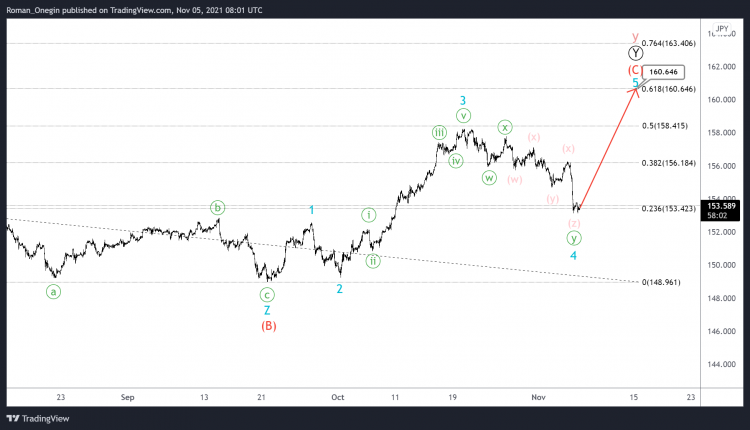 The GBPJPY currency pair suggests the development of the final part of the cycle wave y, which takes the form of a double zigzag and consists of sub-waves Ⓦ-Ⓧ-Ⓨ. Now the last actionary wave Ⓨ is under development.

Apparently, the primary wave Ⓨ is a standard zigzag (A)-(B)-(C).

At the end of September, the intermediate correction (B), which has the form of a triple zigzag, was completed. Then the market began to grow in an impulse wave (C). It consists of minor sub-waves 1-2-3-4-5, where the first four sub-waves already formed. 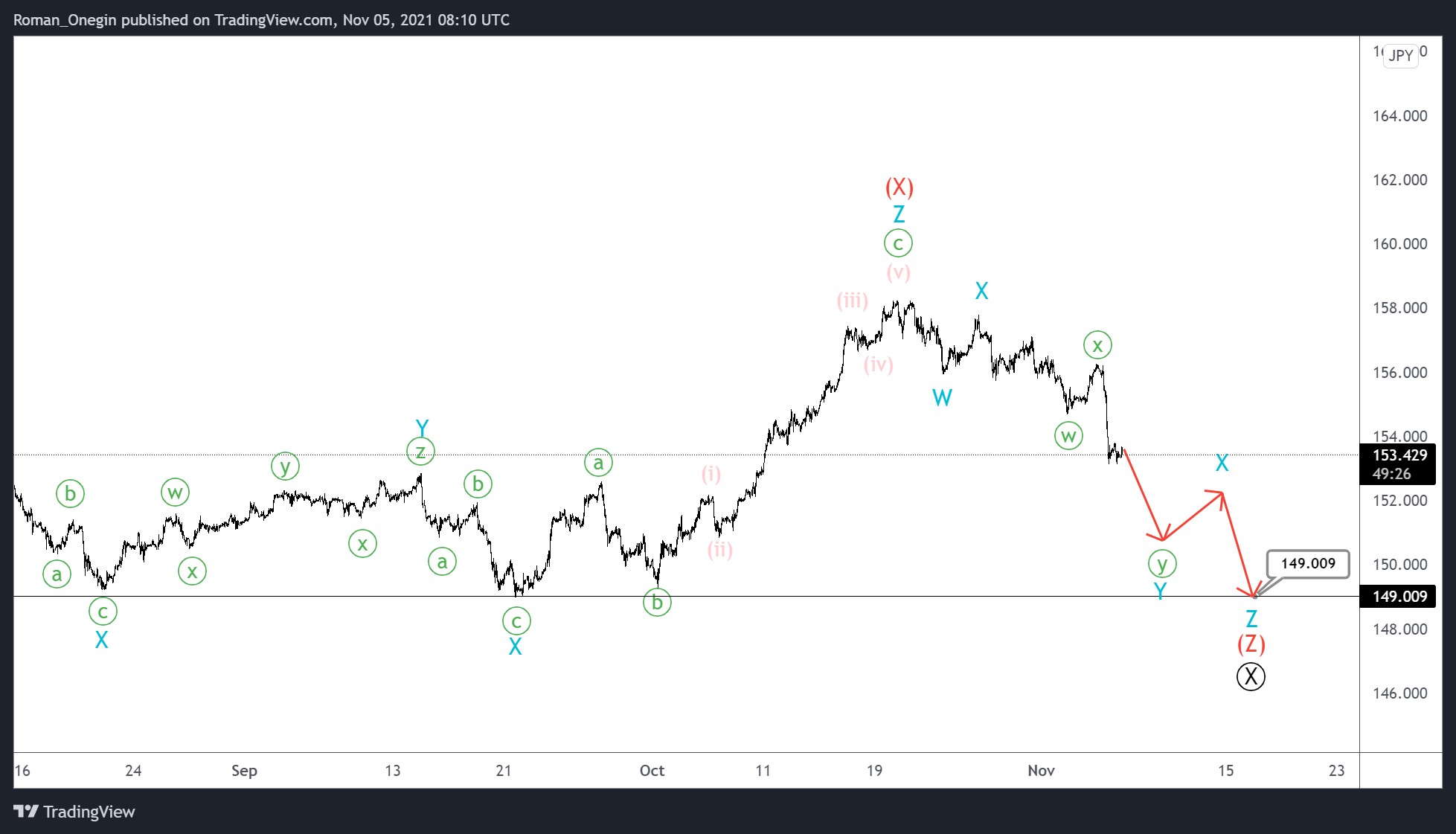 An alternative scenario suggests the formation of a large triple zigzag, within which the development of the primary intervening wave Ⓧ is now taking place.

The internal structure of this wave is similar to a triple zigzag of the intermediate degree. The sub-waves (W)-(X)-(Y)-(X) could have ended.

Currently, an actionary wave (Z) is forming, which can take the form of a triple zigzag W-X-Y-X-Z. Then a decline in the minor sub-waves Y-X-Z to the previous low of 149.00 is likely.

The Week Ahead – USD Strengthens as Fed Stays on Taper Course