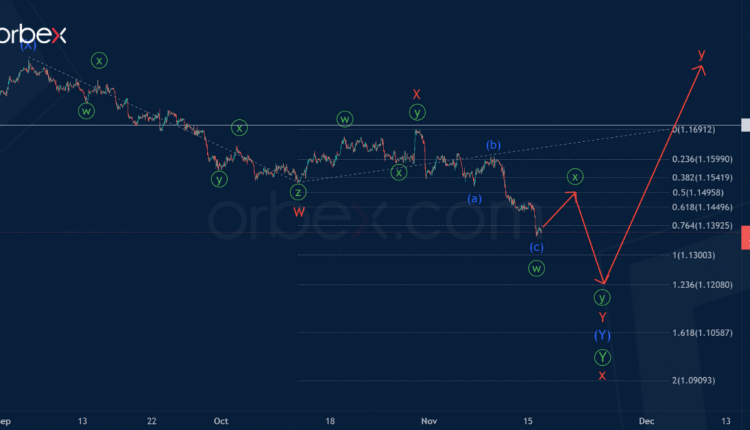 The current structure of the EURUSD pair assumes the construction of a cycle double zigzag that consists of sub-waves w-x-y.

On the 1H timeframe, we can notice the second half of the bearish cycle degree. This takes a complex formation of the primary double Ⓦ-Ⓧ-Ⓨ zigzag.

At the time of writing, the final actionary wave Ⓨ is under development. This also looks like a double zigzag (W)-(X)-(Y) of the intermediate degree.

In the near future we will see a decline in the market in a minute double ⓦ-ⓧ-ⓨ zigzag. This can complete the minor wave Y, and with it the entire intervening wave x near 1.120. At that level, minor wave Y will be at 123.6% of actionary wave W. 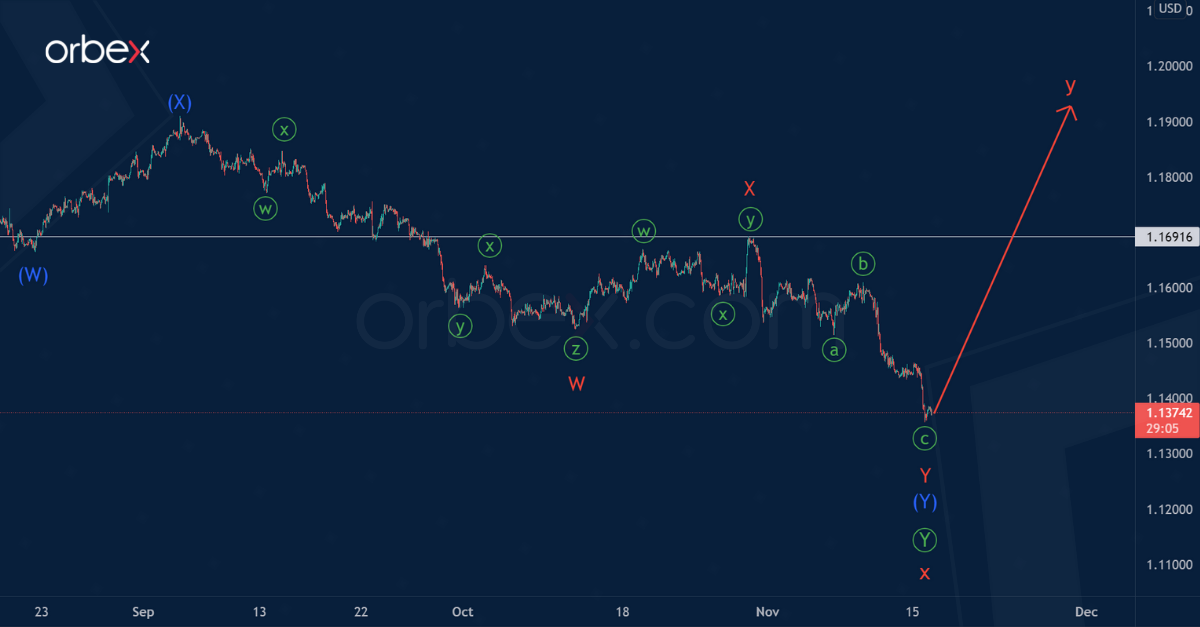 The last wave Ⓨ looks like a harmonious double (W)-(X)-(Y) zigzag of the intermediate degree, marked with blue sub-waves.

Thus, in the near future, the price is likely to increase in the cycle wave y above 1.169. This was marked by the minor intervening wave X.