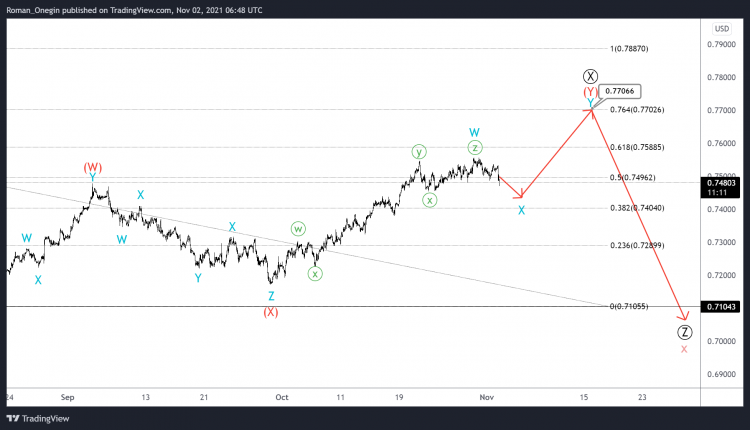 For the AUDUSD currency pair, we can assume that a bearish intervening wave x of a cycle degree is forming. It hints at a triple Ⓦ-Ⓧ-Ⓨ-Ⓧ-Ⓩ zigzag.

The bullish intervening wave Ⓧ is currently under construction, which takes the form of an intermediate double (W)-(X)-(Y) zigzag. Wave (W) is a double zigzag with wave (X) being a triple zigzag. Wave (Y) is only half-built, and it will most likely also have the form of a double combination.

In the near future, there is an expectation for a slight decline in the minor intervening wave X. This may be followed by the final actionary wave Y to the level of 0.770.

At that level, wave Ⓧ will be at 76.4% of wave Ⓨ. After the full completion of the wave Ⓧ, market participants can expect a fall in the direction of the 0.710 level, or even lower. 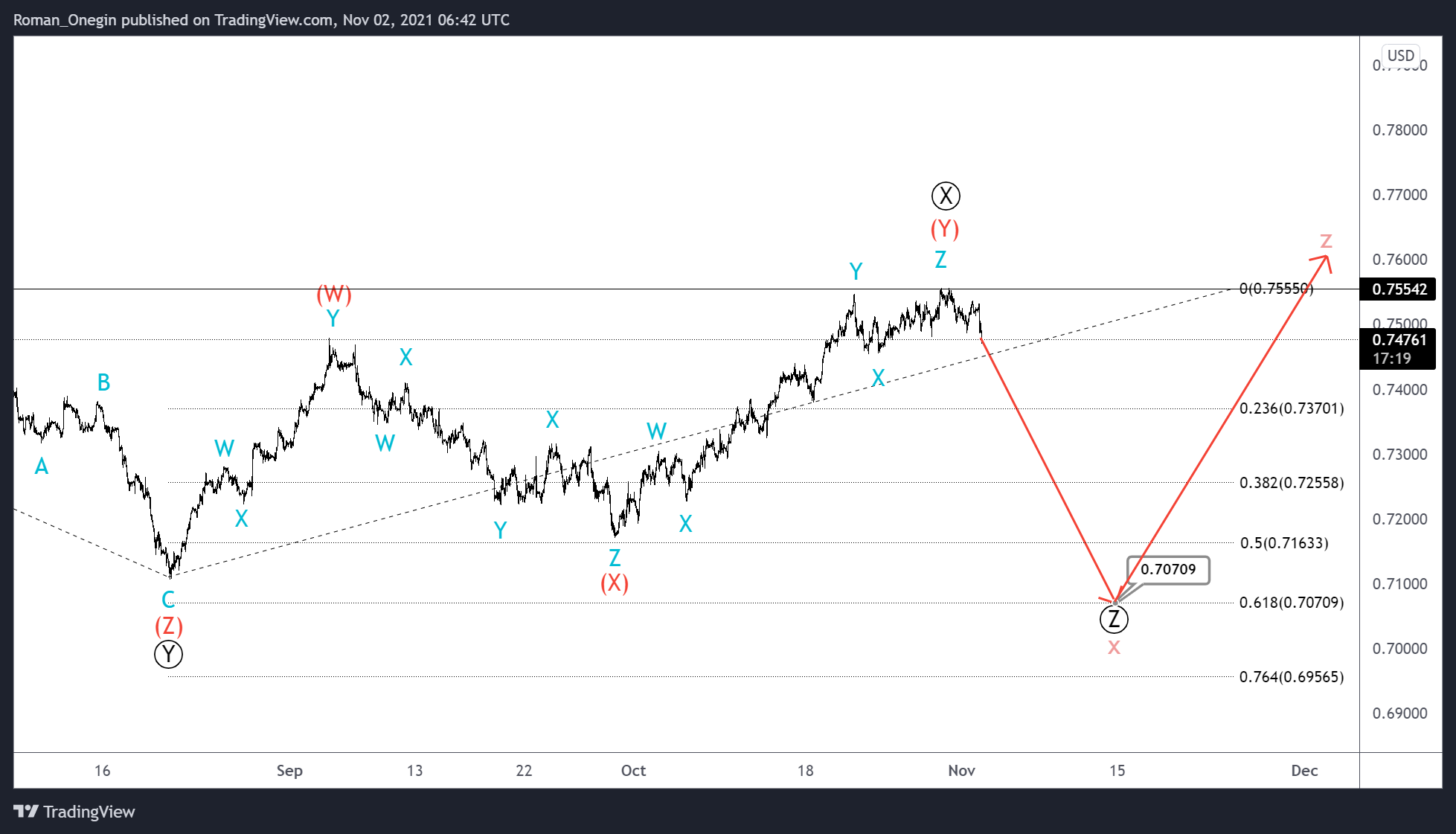 An alternative scenario suggests that the formation of the primary intervening wave Ⓧ has already completely come to an end. In fact, it took the form of an intermediate double zigzag.

A drop in price and the development of the primary wave Ⓩ are likely due to a reversal.