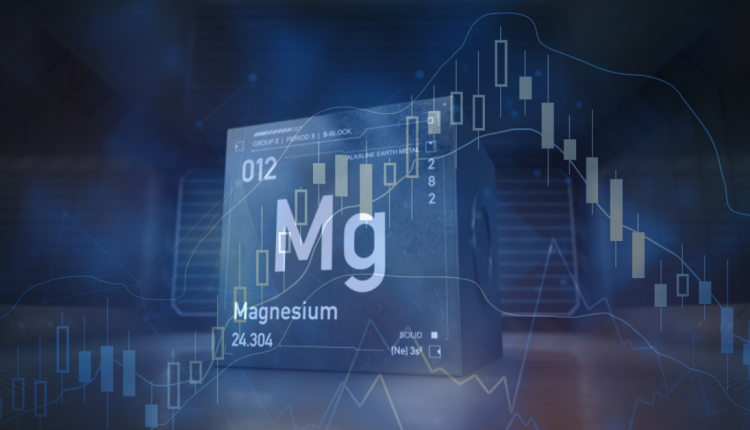 One of the themes of the markets lately is that unexpected issues have had magnified effects across the whole economy.

Of course, keeping an eye on the trends is important. But given how integrated global supply chains are, the under-supply of one element can have a chain reaction. It’s one of the reasons why commodities are in focus so much lately. And investors need to be acutely aware of what the next supply bottleneck could be.

One of those elements that a lot of people might not be thinking about is magnesium. After all, it’s not really traded on an exchange like gold, copper, or aluminum. Nonetheless, it has a lot in common with the last two, particularly in that it requires a lot of electricity to produce.

With the world increasingly worried about climate change, and shifting away from fossil fuels, energy demand is a major issue. Even in the short term, energy prices are skyrocketing, and are likely to continue to impact raw material prices in the short term.

Why is magnesium important?

Magnesium is one of the most used structural materials in the world because it’s lighter than aluminum. Primarily, it’s used in aircraft and cars – particularly in electric vehicles, as they struggle to cut down on weight.

Crucially 70% of world magnesium production is in alloys. This is a mix with other materials to make them lighter or more bendable. Meaning that magnesium is in a wide range of products, from beverages, cans, to sacrificial anodes protecting ships, and to computer chips. In fact, it’s the third most used metal in construction (after steel and aluminum).

Okay, so magnesium is one of the most popular metals. Where does it come from? That’s the problem: 87% of magnesium comes from China, specifically, a single province in China.

So clearly, magnesium production is highly concentrated in one area.

Why is this a problem?

China is making a concerted effort to reduce its carbon emissions, essentially a fast and hard transition away from coal.

However, alternative energy production hasn’t ramped up to compensate fast enough. This has led to energy rationing across the country.

Smelting facilities for iron ore have already shut down because of a lack of energy. Magnesium smelters have also shut down and might remain closed for months, according to Chinese media.

This has put the European automotive industry on notice. Unlike the US, which has a (meager) domestic production, Europe relies entirely on imports for its magnesium supply. A report by the Financial Times estimated that Europe has only a “few weeks” of supply.

Last week, the WVM of Germany warned that the country could run out of magnesium by the end of next month. In turn, this would effectively halt automobile production.

In the meantime, magnesium prices doubled in September, and have continued to rise. Automotive firms are already facing problems due to the lack of semiconductors.

Magnesium affects an even broader sector of the economy that might have to pare back or pause production. Even if they manage to continue to produce, the increased cost is likely to put even more pressure on inflation.