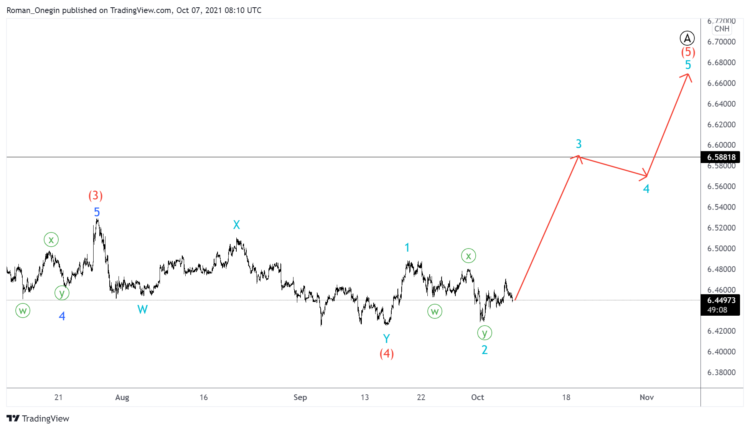 Presumably, for USDCNH, we are seeing the development of the initial part of a new zigzag pattern.

We are now in a bullish impulse wave Ⓐ of the primary degree, shown by intermediate sub-waves (1)-(2)-(3)-(4)-(5). The construction of an intermediate correction (4) has ended, in the form of a minor double W-X-Y zigzag.

Thus, in the near future, with wave (5) going up, prices may rise above the level of 6.588, which was marked by the primary correction wave Ⓑ. At that level, minor wave 3 is likely to end, as shown in the chart. 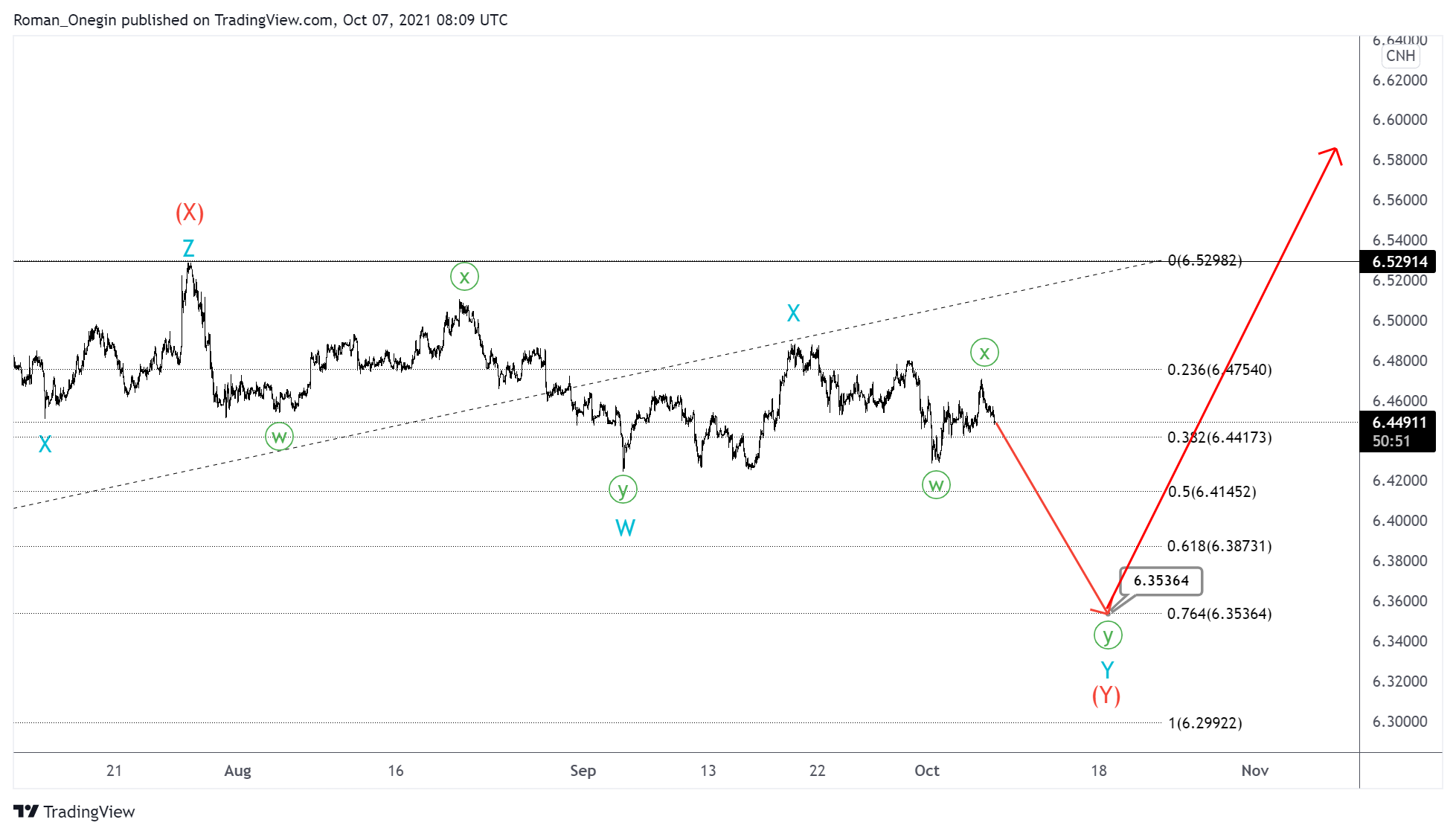 An alternative scenario indicates the formation of a correction trend. This consists of intermediate sub-waves (W)-(X)-(Y).

Apparently, at the end of July, the market completed the construction of the intermediate intervening wave (X) in the form of a minor triple zigzag. Since then, the price has been moving in a downward direction in the actionary wave (Y).

What to Expect from US Sept Non-Farm Payrolls