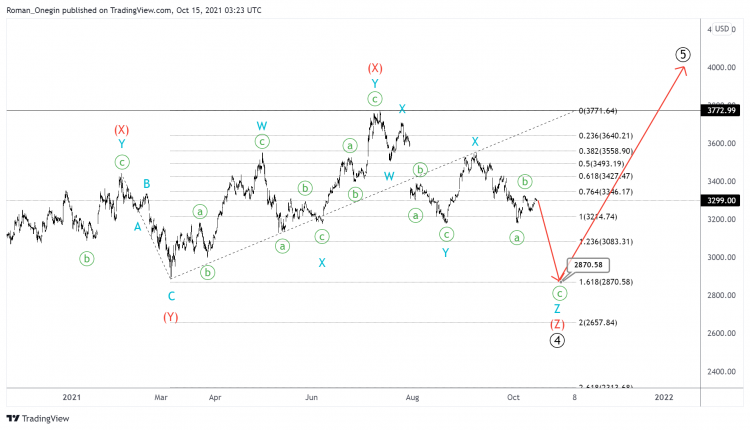 AMZN shares suggest the development of a bullish impulse, which includes the formation of a deep fourth wave.

The primary correction wave ④, apparently, takes the form of an intermediate triple combination. Perhaps, at the level of 3772.99, the development of the second intervening wave (X), which took the form of a double zigzag, was completed.

In the near future, the continuation of the final intermediate wave (Z) is likely. It has a complex zigzag structure W-X-Y-X-Z. 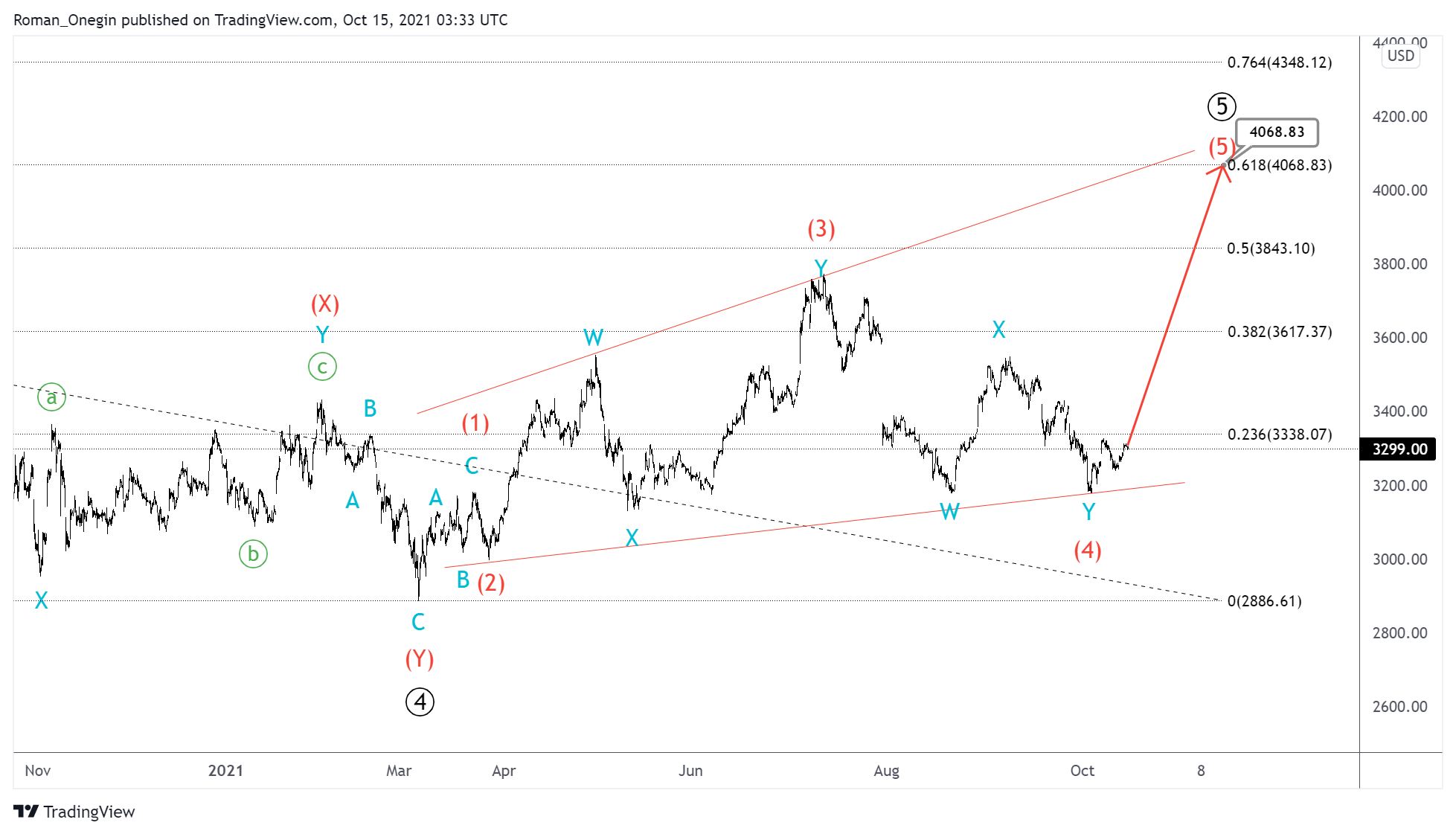 An alternative scenario shows that primary correction ④ could have already ended. Now the primary fifth wave is in the process of development. It may take the form of an ending diagonal (1)-(2)-(3)-(4)-(5) of the intermediate degree.

Correction wave (4) in the form of a minor double zigzag W-X-Y has come to an end.

At the time of writing, it is unknown what correction form wave (5) will take, however, it could rise in this wave to the level of 4068.83.

What Could Move the Market This Earnings Season