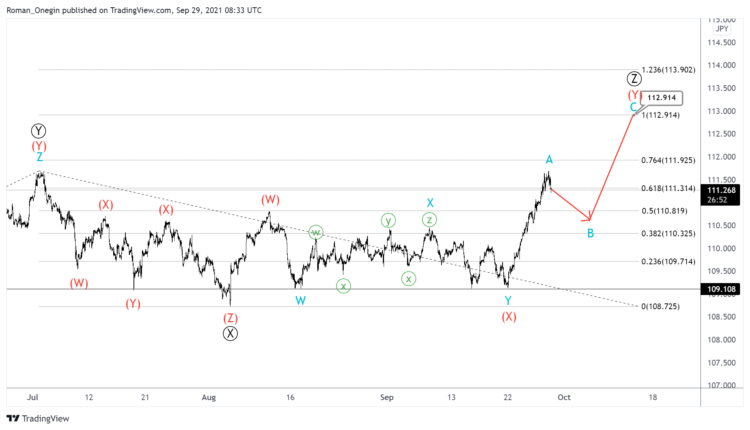 The USDJPY formation suggests the development of a large triple zigzag that consists of primary sub-waves Ⓦ-Ⓧ-Ⓨ-Ⓧ-Ⓩ.

The first four waves have ended. Thus, the last actionary wave Ⓩ may be in the development stage now.

Most likely, this wave will take the form of an intermediate double zigzag (W)-(X)-(Y). In the area of the minimum of 109.10, the intermediate intervening wave (X) ended, and then the price began to rise.

Most likely, we are at the beginning of an intermediate actionary wave (Y). This can take the form of a simple bullish zigzag A-B-C, and it could end near the level of 112.91. 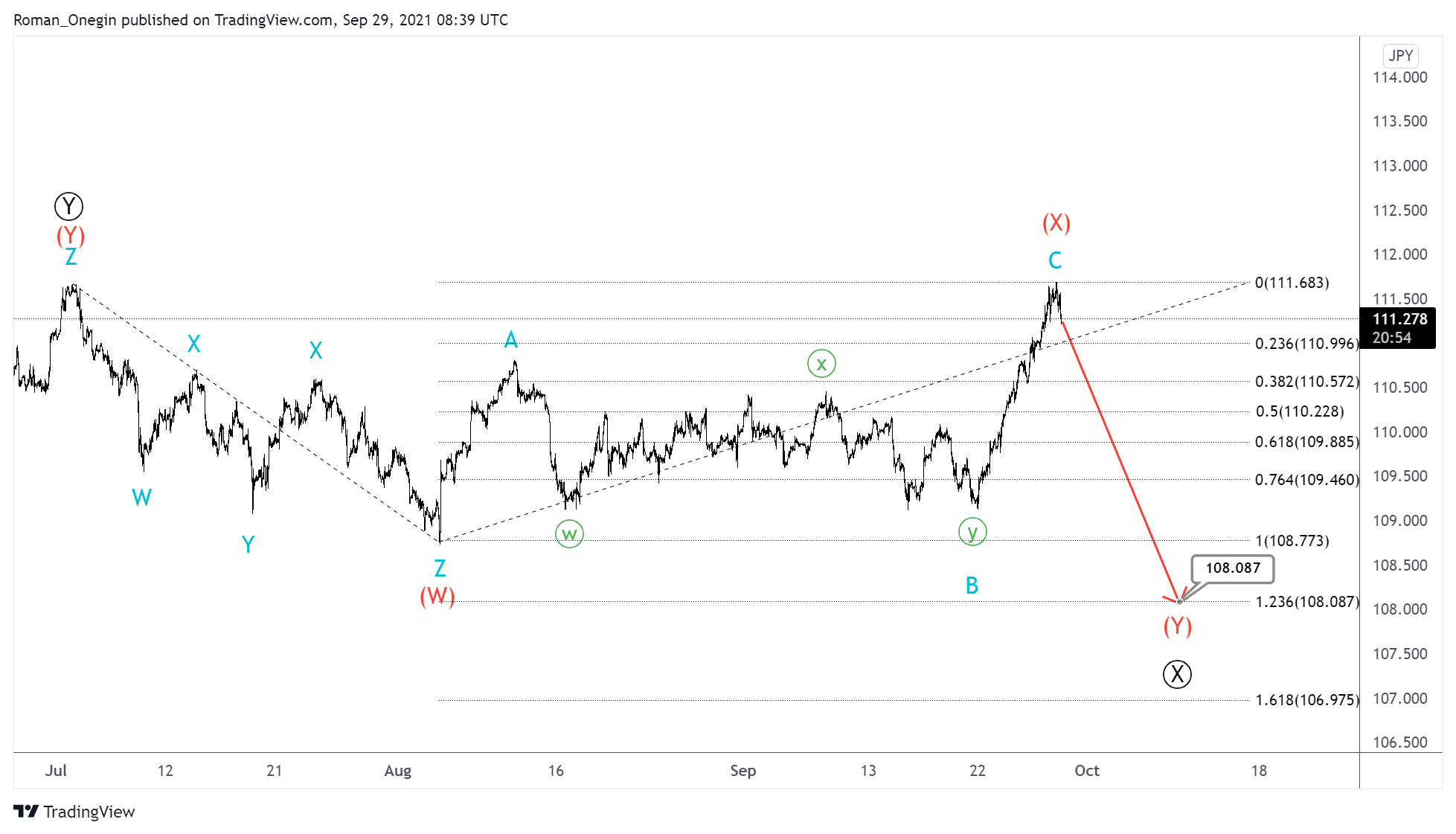 Let’s look at an alternative scenario. Perhaps the construction of the primary interventing wave Ⓧ is still ongoing.

What Can We Expect from China PMIs?