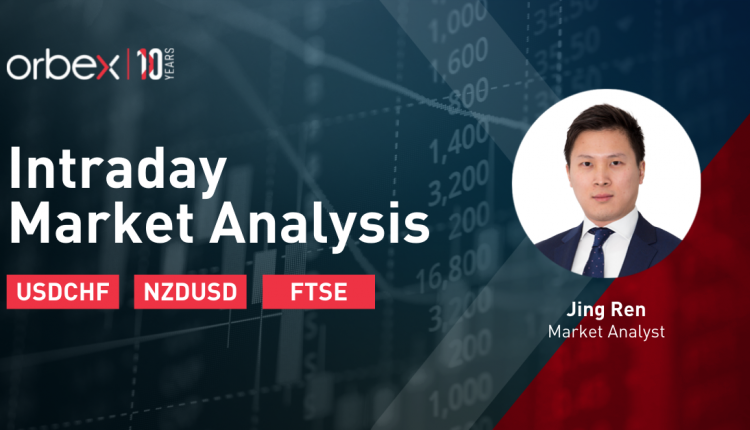 The US dollar recovers thanks to firm US Treasury yields at the start of the week.

The pair is still stuck in a horizontal consolidation between 0.9100 and 0.9190. Sentiment has leaned to the upside after a break above the resistance at 0.9230.

A near oversold RSI around the lower band may trigger some buying interests. A close above 0.9190 may lead to a test of July’s high at 0.9270. A drop below the lower band would send the price to the daily support at 0.9020, putting the rebound at risk in the process.

The New Zealand dollar consolidates recent gains as the country lifts its lockdown this week.

But before that, the RSI’s bearish divergence may cast a doubt on the sustainability of the vertical ascent. 0.7100 would be the first support in case of a pullback. Further down, the former resistance at 0.7030 is a key demand zone.

The index has bounced off the demand area around 7125 which lies on the 30-day moving average. This is an indication that the bulls are still in control.

7210 is the main hurdle from the August sell-off and its breach could put the rally back on track. Then 7300 would be the next target. Though an overbought RSI may temporarily hold the bullish bias back.

On the downside, 7075 would be another support if the sideways action lingers on.