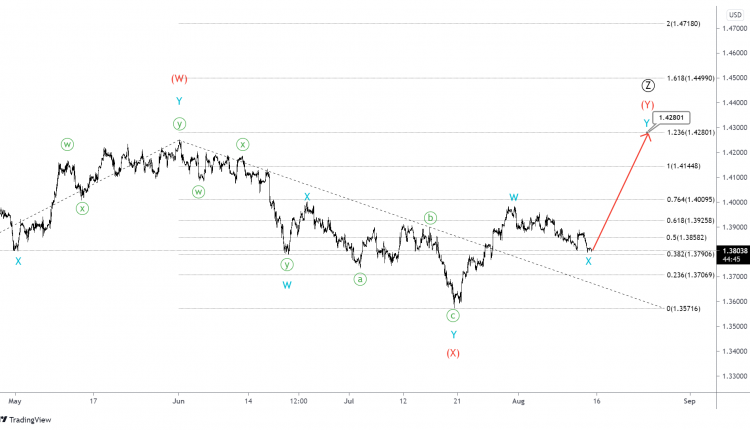 GBPUSD seems to be forming a triple zigzag consisting of primary sub-waves Ⓦ-Ⓧ-Ⓨ-Ⓧ-Ⓩ. Now we are in the final sub-wave Ⓩ. It is likely that it takes the form of double (W)-(X)-(Y) zigzag of the intermediate degree.

It seems that the decline in the intervening wave (X) has come to an end. The minor sub-waves W and X forming the intermediate actionary wave (Y) have also been completed.

Thus, in the near future, the market could continue to move up in the final minor wave Y. 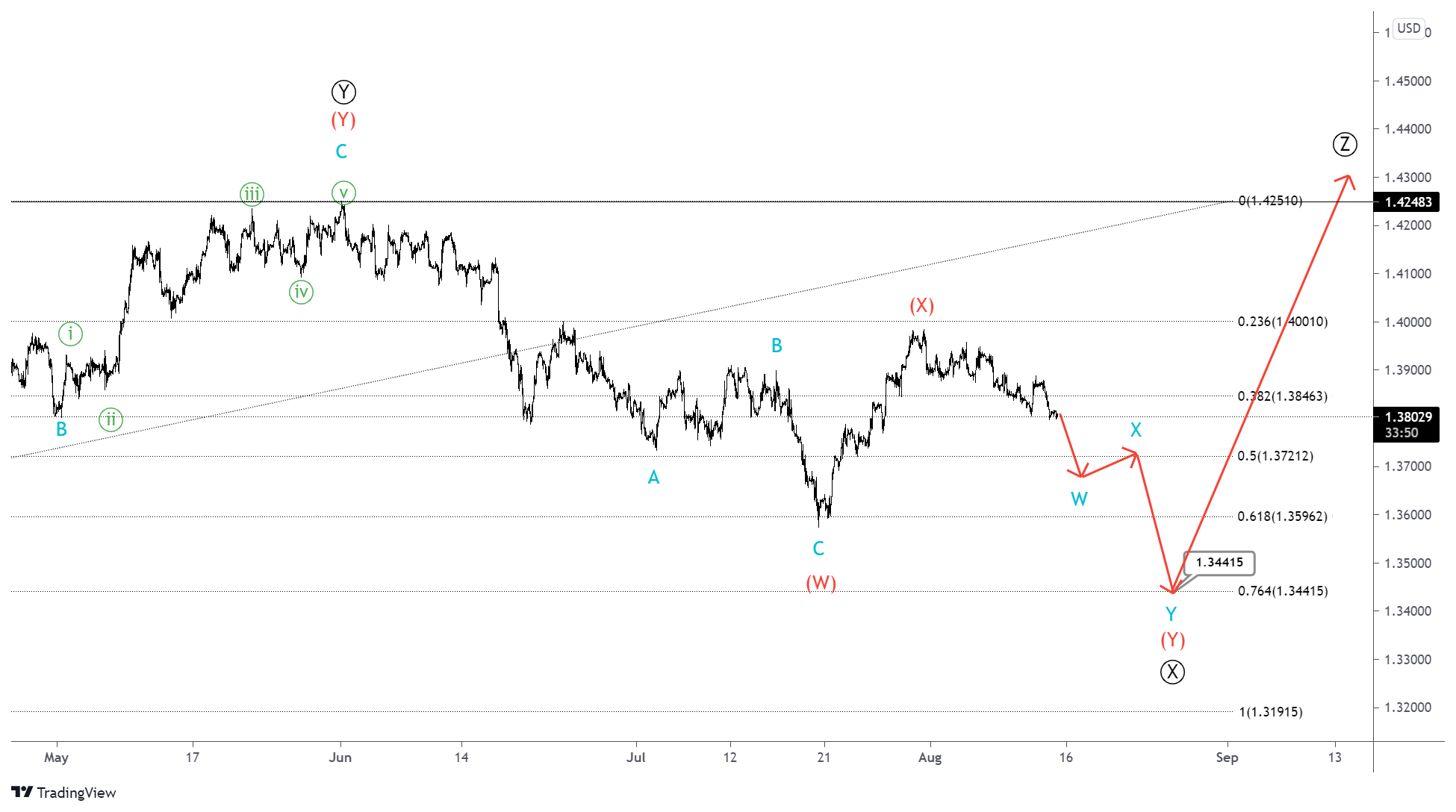 In the second scenario, the market has not yet completed the construction of the second intervening wave Ⓧ of the primary degree.

Perhaps it takes the form of a double zigzag (W)-(X)-(Y) of the intermediate degree. To complete it, an actionary sub-wave (Y) is necessary. It is likely that it will be a double zigzag W-X-Y, as shown in the chart.