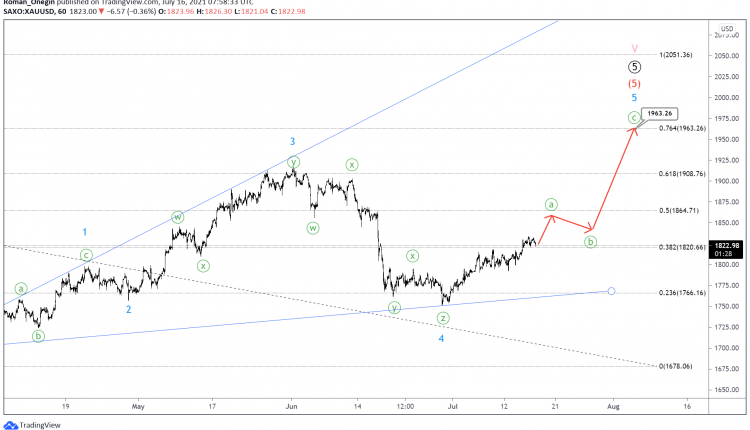 The XAUUSD formation suggests the development of the final primary part in a large cycle wave V. It is possible that an intermediate wave (5) is being constructed, which takes the form of an ending diagonal consisting of minor sub-waves 1-2-3-4-5.

Most likely, the bearish wave 4 has recently come to an end, which has a complex internal structure of a minute triple ⓦ-ⓧ-ⓨ-ⓧ-ⓩ zigzag.

Thus, in the short term, the market could move up in wave 5. This could be simple in form and will consist of minute sub-waves ⓐ-ⓑ-ⓒ.

The target is 1963.26, at which the entire diagonal is expected to be completed, is determined using the Fibonacci extension tool. At the specified price mark, primary wave ⑤ will be at 76.4% of wave ③. 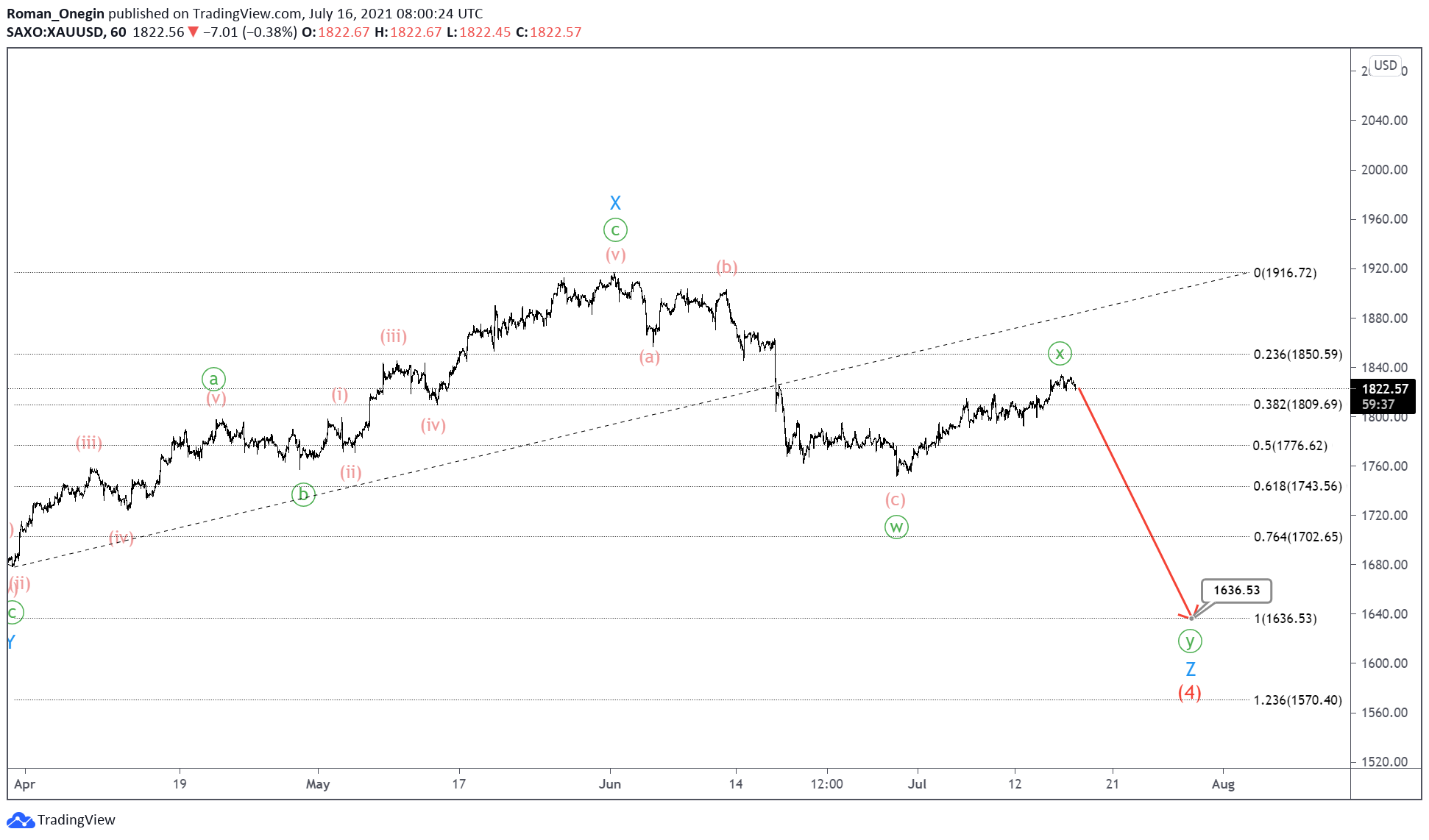 An alternative scenario shows the market is still forming an intermediate correction (4). This correction, judging by the internal structure, takes the form of a triple W-X-Y-X-Z zigzag.

At the time of writing, prices are structuring a bearish wave Z. It will most likely represent a double zigzag pattern ⓦ-ⓧ-ⓨ of the minute degree. It is possible that the market has completed its rise in the minute intervening wave ⓧ. So in the near future, prices could decline in the actionary wave ⓨ to the level of 1636.53.

At that level, minor wave Z will be equal to wave Y.

The Week Ahead: New Reference