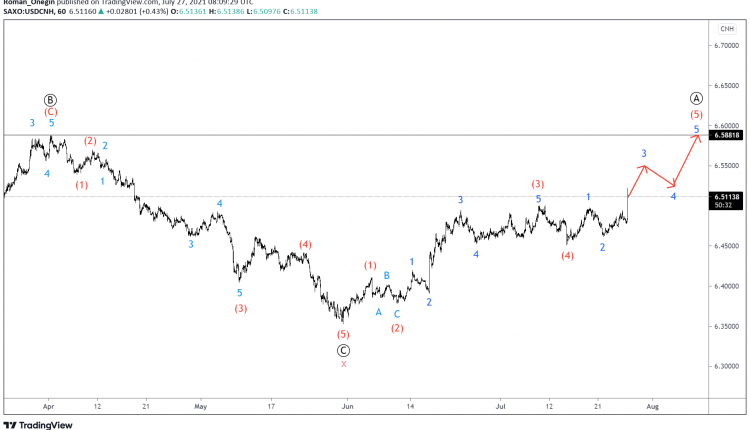 It seems that for USDCNH, the market has completed an intervening wave x of a cycle degree. This saw the development of the initial part of a new zigzag pattern. 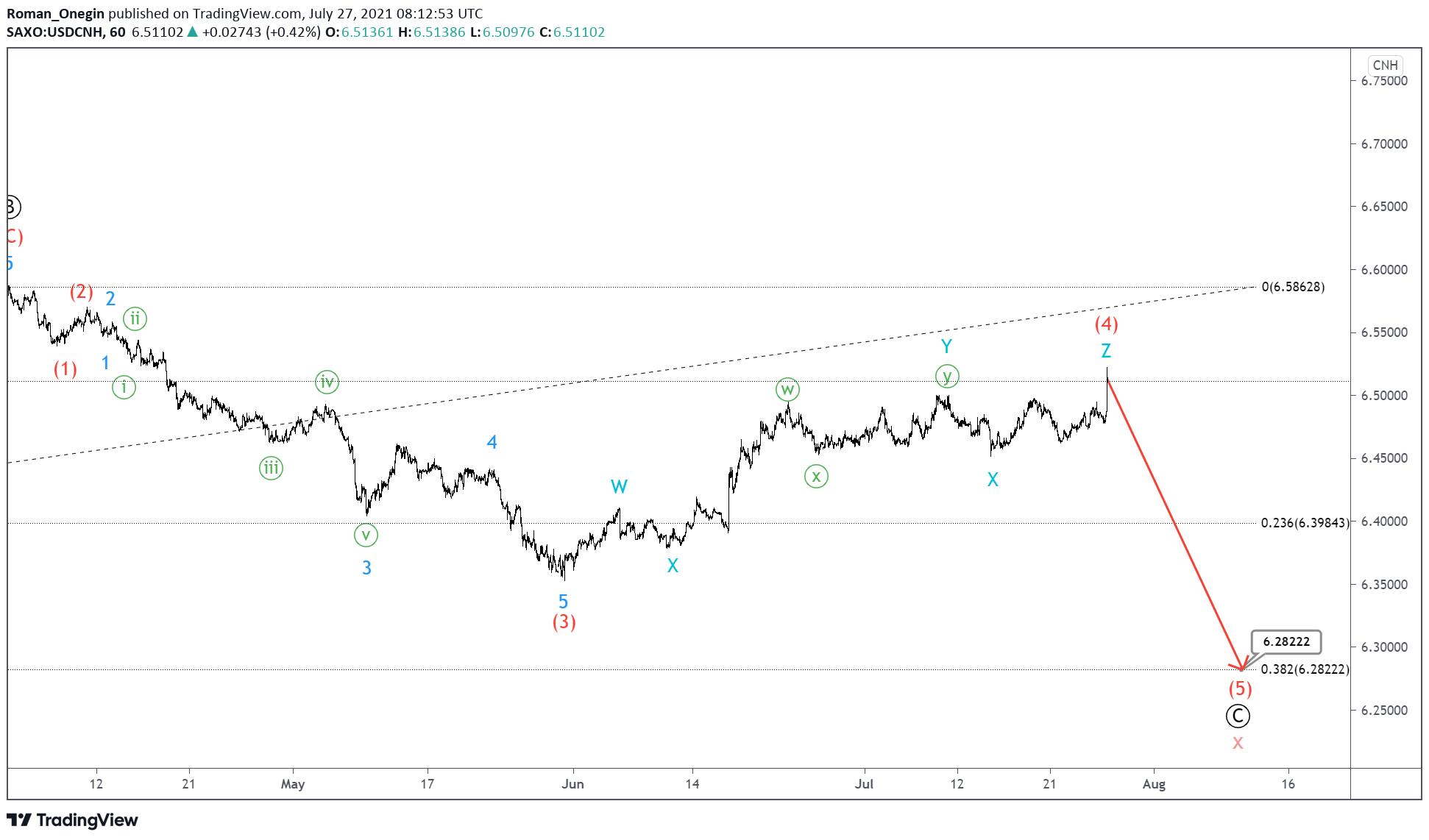 As part of the final primary wave Ⓒ, which is a bearish impulse, the intermediate correction wave (4) in the form of a triple zigzag, has come to an end.

In the near future, the bearish impulse Ⓒ is likely to continue developing in the intermediate wave (5).