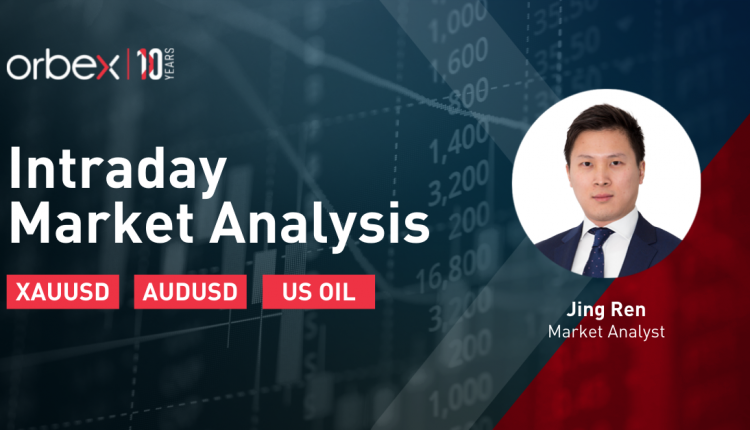 Gold bounces back as the US dollar retreats ahead of the Fed meeting later today.

The price has been treading water above 1790 as the bulls struggle to save the rebound. The dip below the psychological level of 1800 has shaken out weak hands.

The current consolidation is a sign of indecision ahead of a catalyst-driven breakout. 1824 is a major hurdle and its breach would heighten momentum and resume the stalled rally.

Below the support, the bears may push gold towards 1755 and threaten the rebound.

The Australian dollar inched higher, supported by upbeat CPI, in Q2. Though price action struggles to bounce back after it broke below 0.7410, a support from the previous timid rebound.

Sentiment has grown increasingly bearish and sellers are eager to offer at higher prices. 0.7440 has turned from a demand into a supply zone.

If buyers fail to push above this threshold, 0.7290 would be the path of least resistance. A bearish breakout could trigger a new round of sell-off to last November’s lows around 0.7130.

WTI’s swift recovery above 71.10 is an encouraging sign that buyers are still hanging around. Following the breakout, 70.10 has established itself as a fresh support.

The RSI has dropped back to the neutrality area and the bulls may have the last word if the support holds tight. Otherwise, price action could be seeing 66.00 sooner than expected.

On the upside, 74.70 is the key resistance to clear before the bullish trend could carry on.